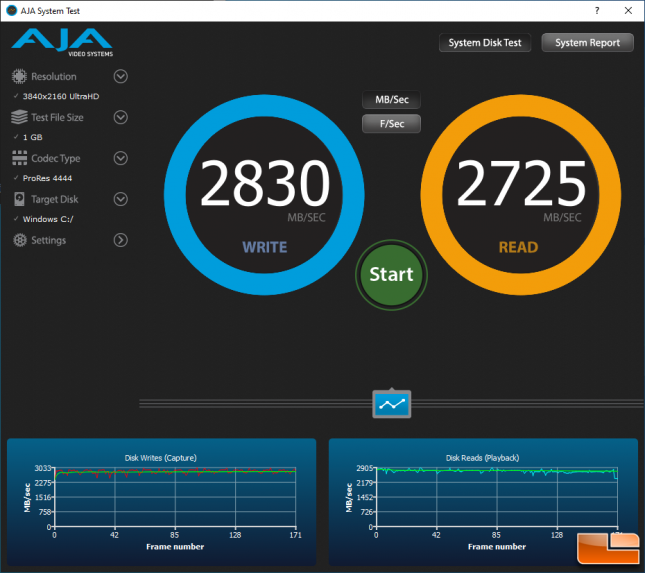 Benchmark Results: The AJA System Test results on the Sabrent Rocket 1TB drive was shown to average 2,830 MB/s read and 2,725 MB/s write. There were virtually no dips on the write size as you can see with the disk writes over time chart. 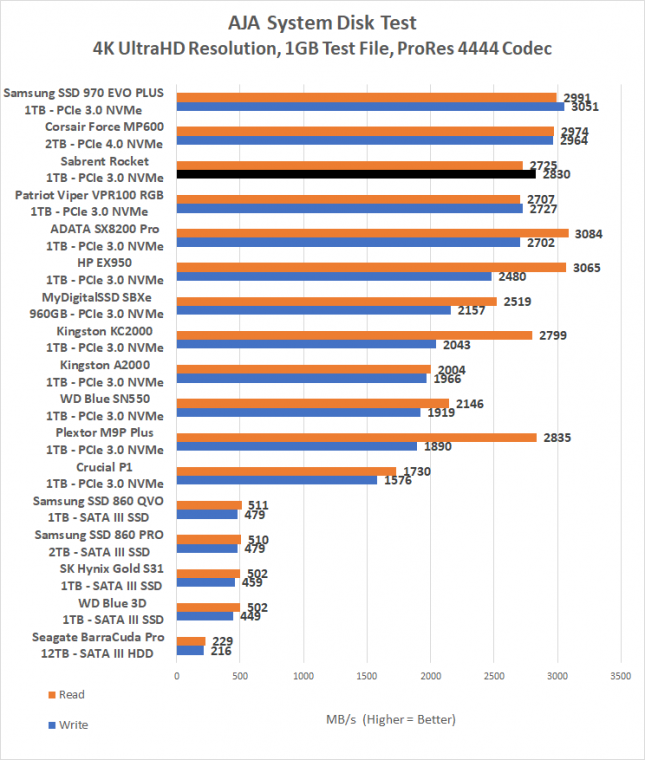 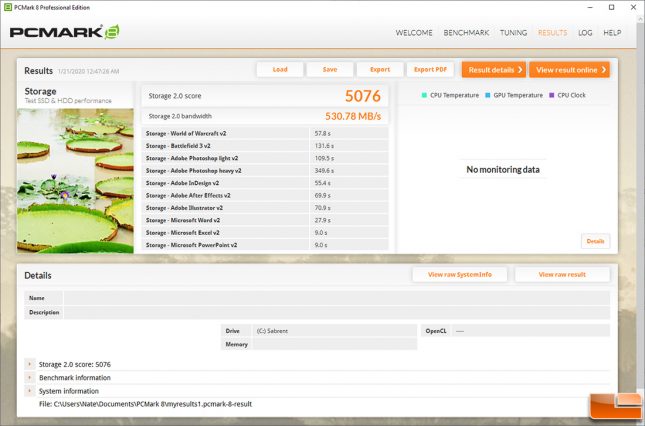 Benchmark Results: The Sabrent Rocket 1TB Drive completed the PCMark 8 storage 2.0 benchmark workload with an overall score of 5,076 points and a bandwidth result of 530.78 MB/s. This test score was a little lower than we expected, so we ran it twice more and got scores slightly lower. Maybe the Sabrent firmware is slightly different than other drives that use the Phison E12 controller. 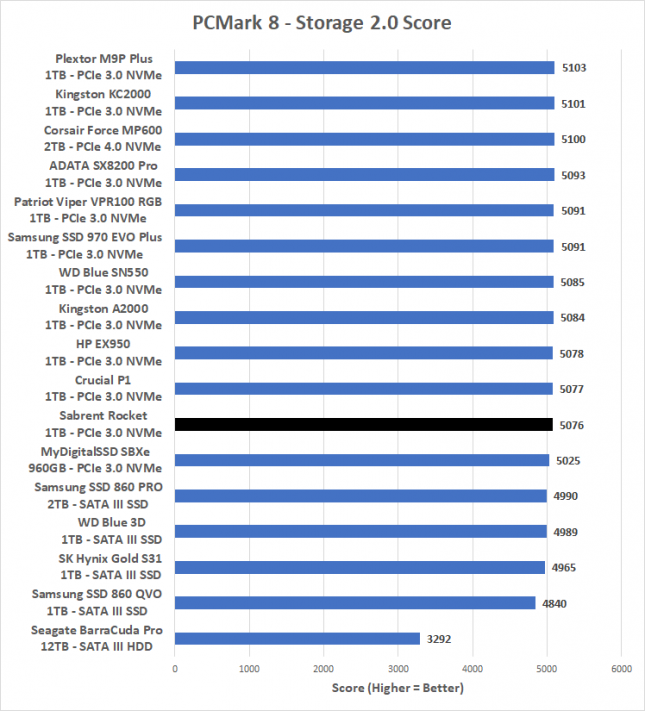 We like the Storage 2.0 Bandwidth test results as it shows the total amount of bytes read and written during the test divided by the time the test took. The Sabrent Rocket 1TB SSD had a storage bandwidth score of 536.4 MB/s. 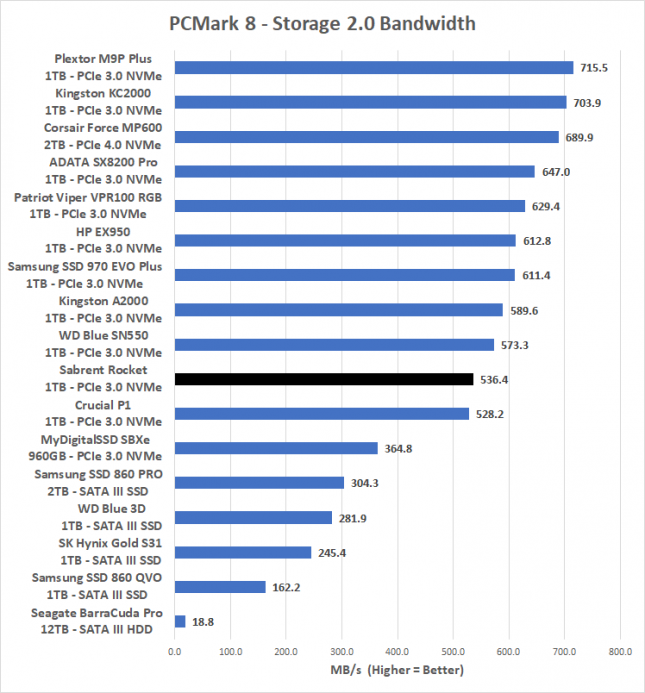 That puts the Sabrent Rocket lower than we expected compared to other NVMe drives as that is really strange as it was performing on par with the Patriot Viper VPR100 up until this point. The Sabrent Rocket 1TB drive that we are testing uses the Phison E12S controller with BiCS4 96-layer TLC NAND Flash whereas the Patriot Viper VPR100 RGB uses the Phison E12 controller with 64-layer TLC NAND Flash, so that might have something to do with the results on this one particular benchmark.