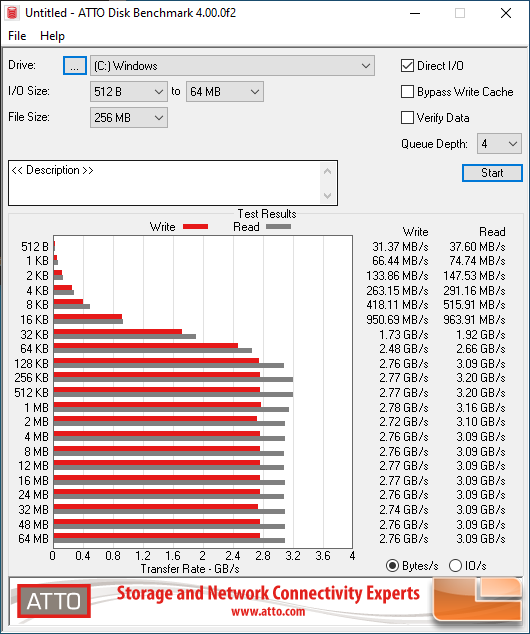 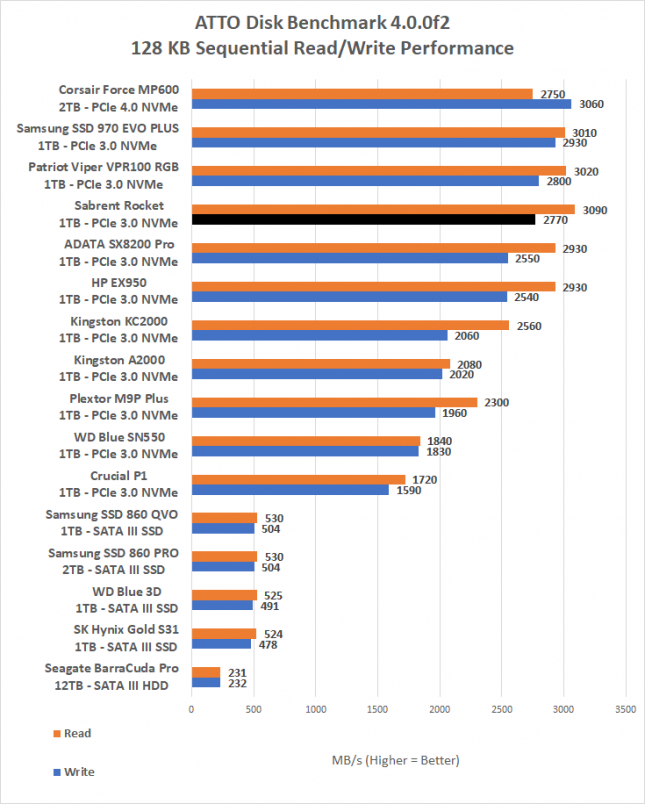 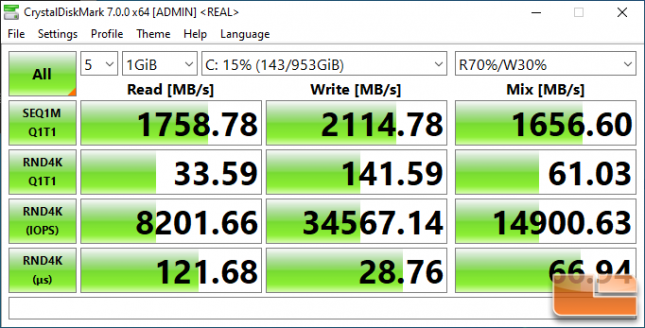 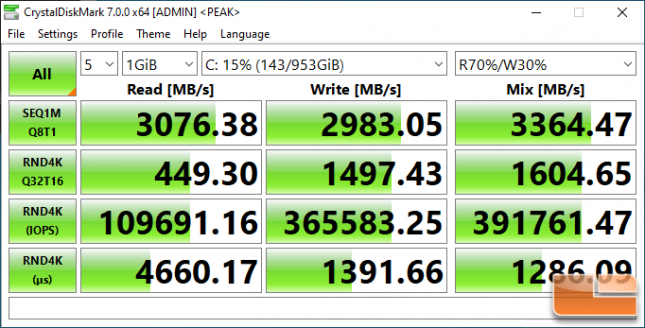 Benchmark Results: The Sabrent Rocket 1TB drive maxed out at 3076.38 MB/s read and 2983.05 MB/s write in the standard sequential write test that is done at Q8T1. Random 4K performance topped out at 109,691 IOPS read and 365,583 IOPS write. This drive is rated at 3,400 MB/s sequential read and 3,000 MB/s sequential write, so we are just below the drives rated speeds for some reason once again. You know what, most benchmarks of this drive showing results of 3,400 MB/s or higher are running on CrystalDiskMark 6 as it runs at a higher queue depth… What well happen if we manually increase the default queue depth from QD8 on the built-in peak test up to QD16. 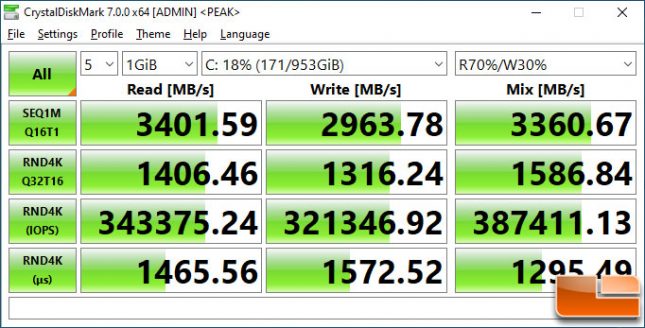 We managed to hit 3,400 MB/s on the sequential read test at QD16! Very few consumer PCs will ever be run at QD16, but we wanted to see if we could come closer to the drives rated speeds. If you download CrystalDiskMark 7 and run it on the Rocket drive you’ll need to bump up the queue depth like we did to hit those top speeds.