Overclocking with the Dark Rock TF 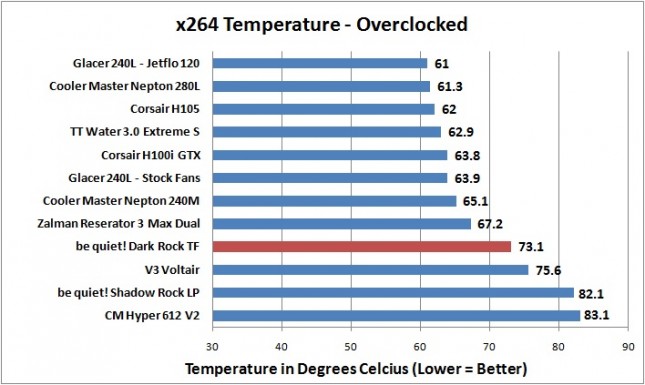 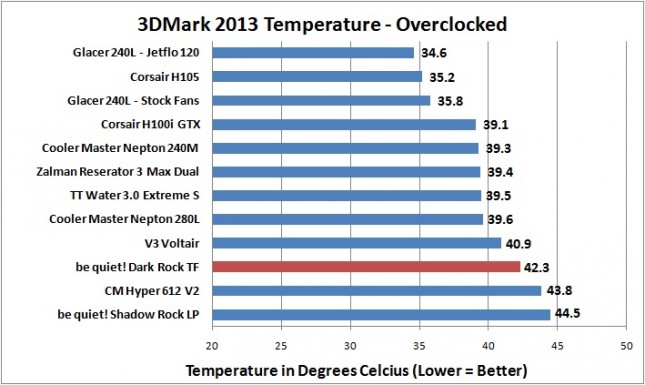 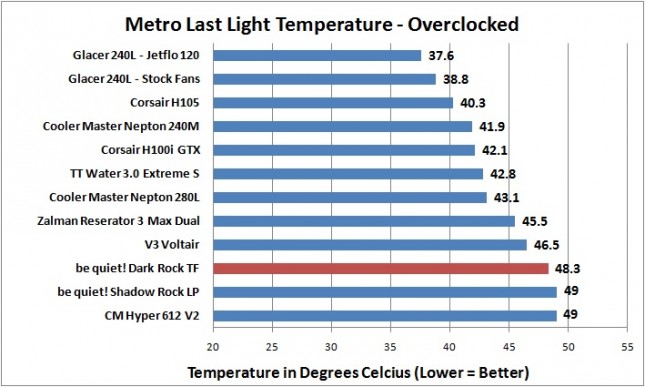 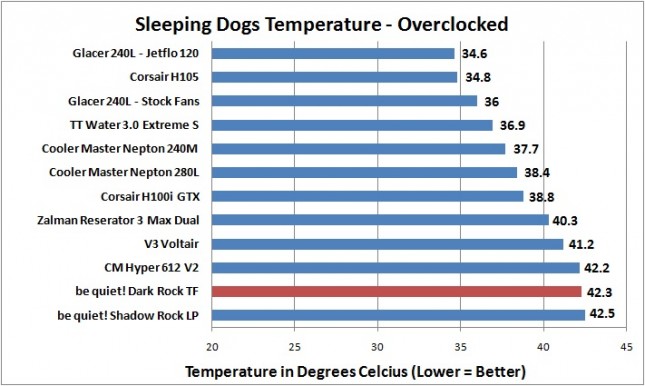 Overall Results: I generally don’t set expectations very high with air coolers, when compared to liquid coolers, but the Dark Rock TF did perform well. Like on the previous page, when it came to higher loads, the Dark Rock TF showed us what it was made to do, and that is to tame your temperatures.