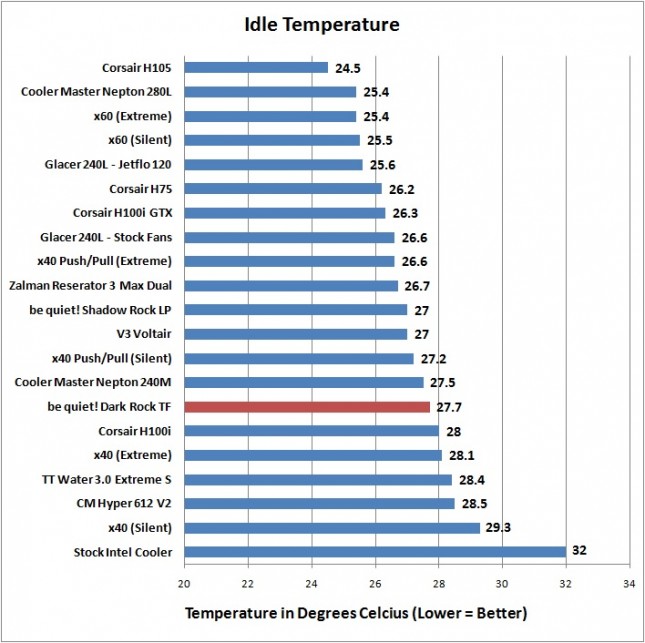 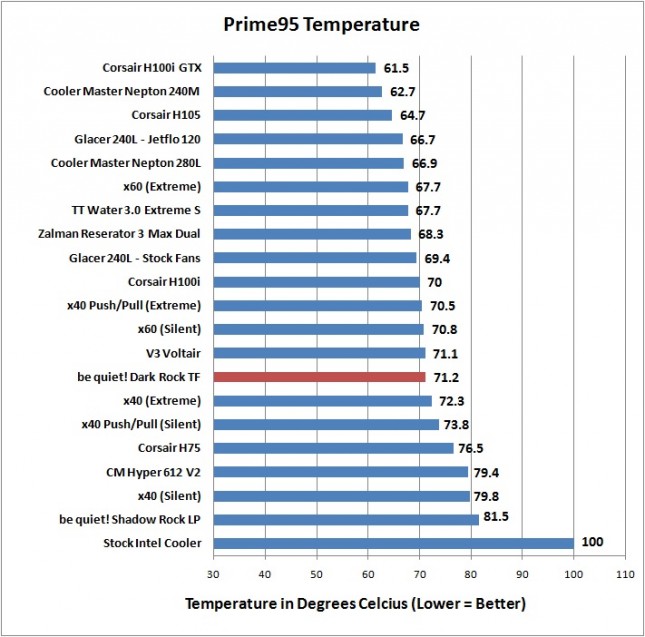 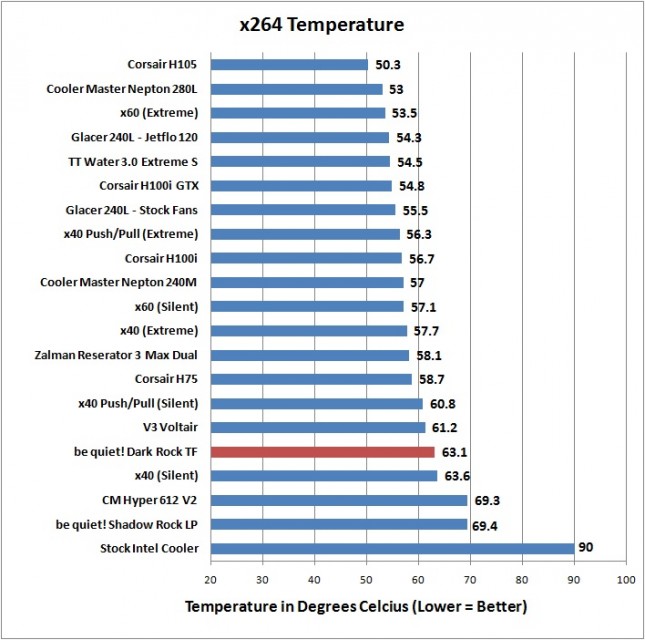 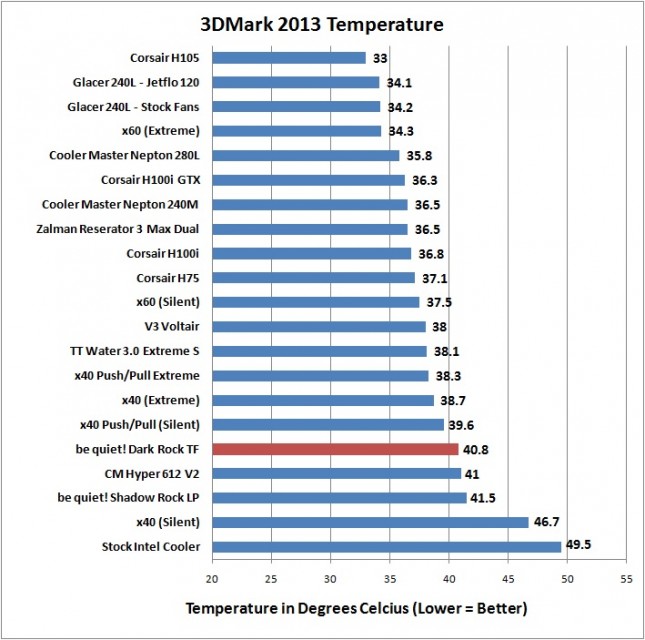 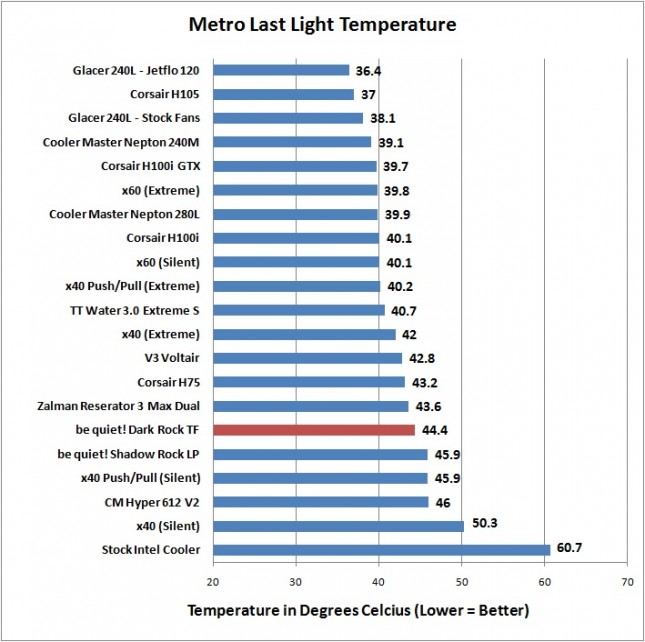 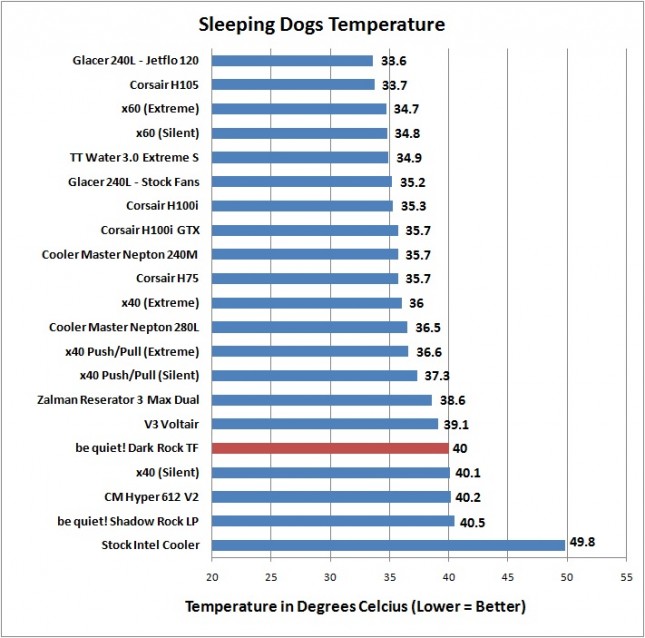 Overall Results: With the Dark Rock TF being a full-sized cooler, I had expectations that it would perform like the CM Hyper 612 V2. In fact, it outperformed the 612 V2 and kept pretty tight with the V3 Voltair. The Voltair has a little ‘cheat’ built-in, allowing it to cool a little better than your traditional cooler via a TEC plate. When it came to heavier CPU loads, that is where the Dark Rock TF started to show its true colors, performing quite well.