When we first opened the box, I have to admit, I was more than a bit disappointed to find out there was no US charger included.  Of course this makes perfect sense, since the unit has not officially been released in the US. After talking to Amir Nooral, the managing director of Qstik (and one of the chief proponents of the EVOQ project), he assured me that Qstik is only currently waiting on the FCC to give its final approval to the product and then all US models will be shipping with compliant charging adapters. 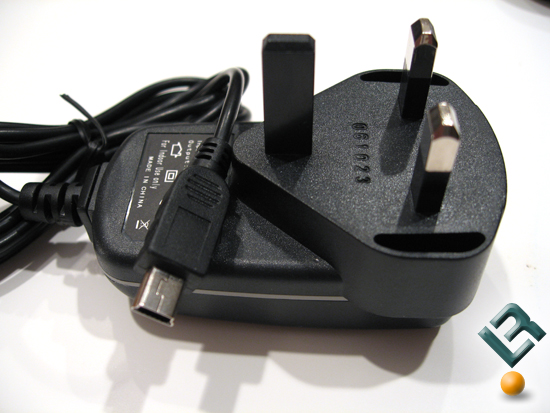 This did not stop us in the LR bunkers, however.  We noticed immediately that one could power the unit from a USB-mini plug so we grabbed a Motorola charger, plugged it in and crossed our fingers.  After only a few hours we were ready to roll and test this puppy out.  Of course, you could always use a normal USB-mini plug (like the one you got with that latest digital camera) to charge the EVOQ, but it will take a bit longer.  Nevertheless, the interim solution we implemented worked well and we never had any problems. 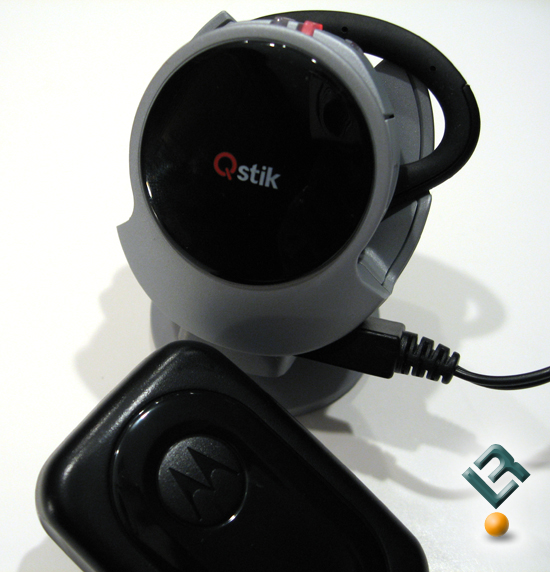 After getting our EVOQ fully charged, we went to pair the device up with our most finicky cellular devices: Treo 650, Treo 700w, Motorola RAZR V3, and our T-Mobile MDA Vario.  The RAZR has always been easy to pair up with any Bluetooth headset we have used, but the Treos seem to only fully work with certain equipment. We found that when using the Qstik EVOQ, call pickup and transfer was the quickest we had ever seen in a Bluetooth device paired with a Treo.  As you dial and hit send on the Treo, the transfer is almost immediate.  The same when incoming calls come through – the notification is almost simultaneously.  The Motorola RAZR V3 did not miss a beat and continued to function flawlessly with any Bluetooth headset that we pair it with.  Call pickup and transfer with the Moto had always been quick and consistent with headsets that we have used in the past – the EVOQ doesn’t change that trend.  The compatibility with our various cellular devices was impressive and we only hope that during day-to-day tests, the EVOQ won’t disappoint us.