Temperatures are important to enthusiasts and gamers, so we took a bit of time and did some temperature testing on the PowerColor PCS+ AXR9 290X. 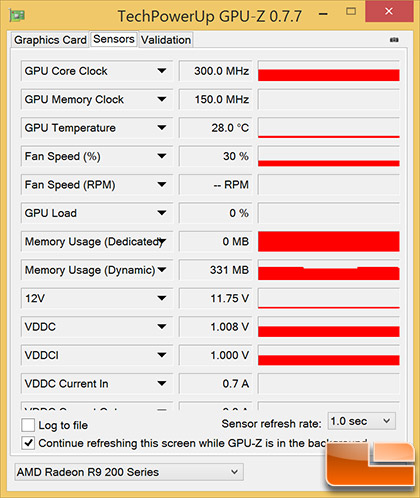 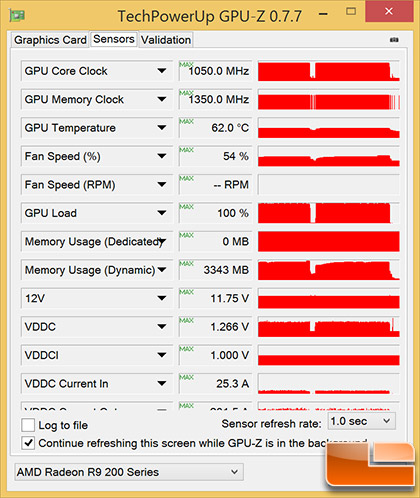 The PCS+ cooler on this card is the selling point, so we were expecting to see some awesome power numbers at idle and load. The PowerColor PCS+ Radeon R9 290X did not disappoint us one bit when it came to thermal performance. At idle we got a respectable 28C and when gaming we were able to just get the card up to a high of 62C. This means that between idle and load there is just a 34C rise in temperatures and that is mighty impressive for any 290X graphics card. Any 290X with the reference card will be pegged at 94C when gaming, so this is a 32C drop in temperatures over the reference design. PowerColor certainly put a functional cooler on this card!

GPU-Z shows that the PowerColor PCS+ Radeon R9 290X video card had an GPU voltage of 1.008V at idle and 1.266V when at full load gaming. The fan speed at idle was 30% and 54% at load when gaming. GPU-Z was unable to read the fan tachometer, but other than that it appears that everything was reading okay. 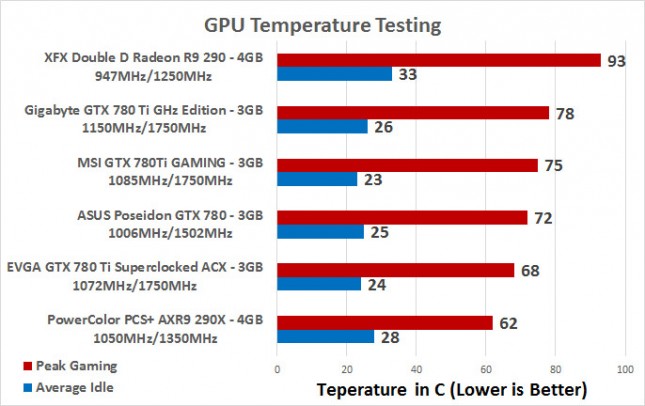 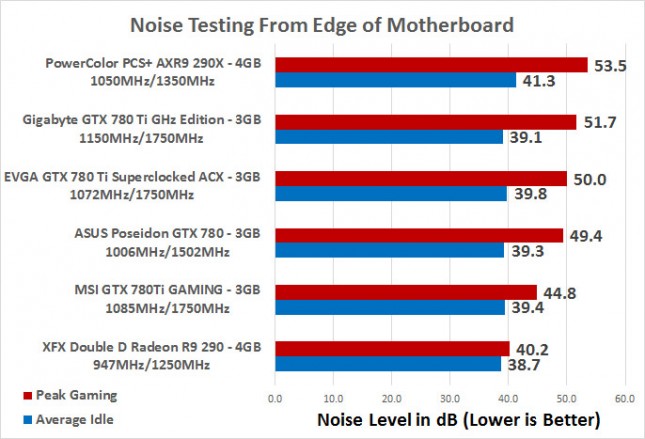 The PowerColor PCS+ Radeon R9 290X runs nice and cool, but the three 80mm fans are running at over 50% to give you those nice thermal numbers. That means that this card is loud, in fact of the six cards that we have recently tested, it has come in the loudest of the bouch at 41.dB at idle and 53.5dB at load.