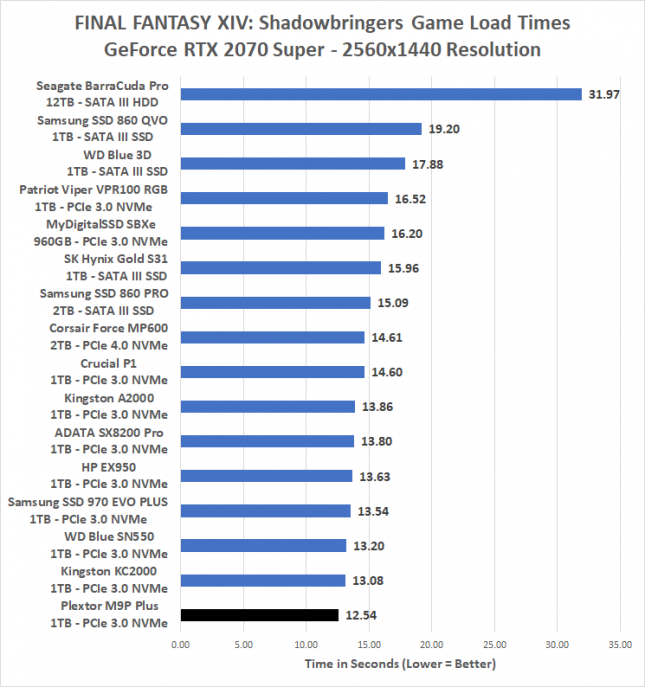 Benchmark Results: Game load times are very important to our readers and the Plextor M9P Plus did not disappoint with a load time of just 12.54 seconds. That is nearly half a second faster than the next closest SSD and is the fastest NVMe drive that we have ever tested on this particular benchmark.