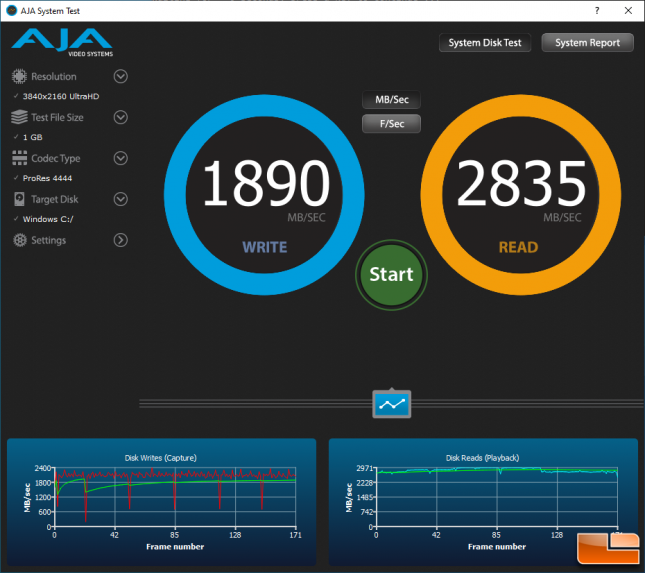 Benchmark Results: The AJA System Test results on the Plextor M9P Plus 1TB drive was shown to average 2,835 MB/s read and 1,890 MB/s write. There were a number of decent sized dips on the write size as you can see with the disk writes over time chart. These dips lowered the average write speeds down to being the second slowed of any NVMe drive that we have recently tested. 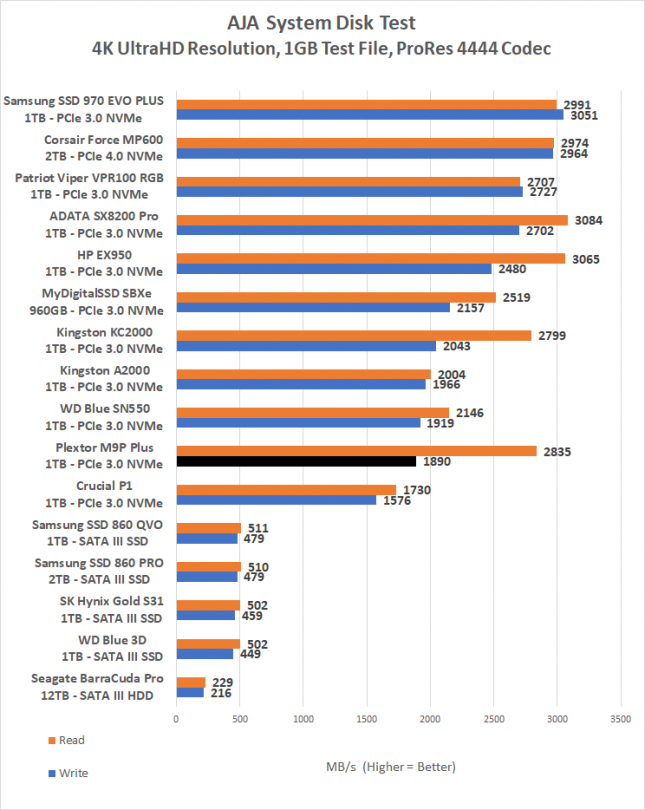 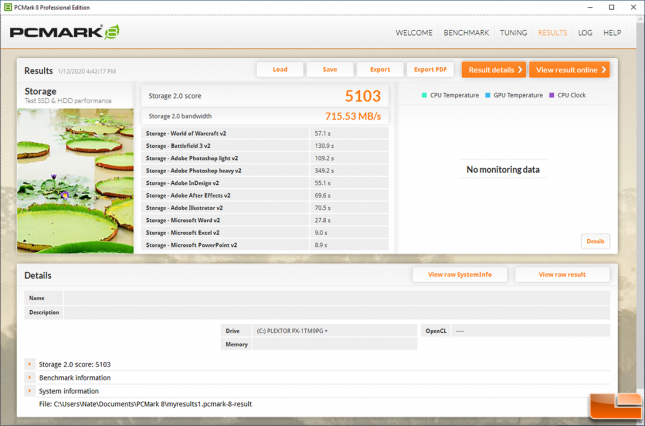 Benchmark Results: The Plextor M9P Plus 1TB Drive completed the PCMark 8 storage 2.0 benchmark workload with an overall score of 5,103 points and a bandwidth result of 715.53 MB/s. 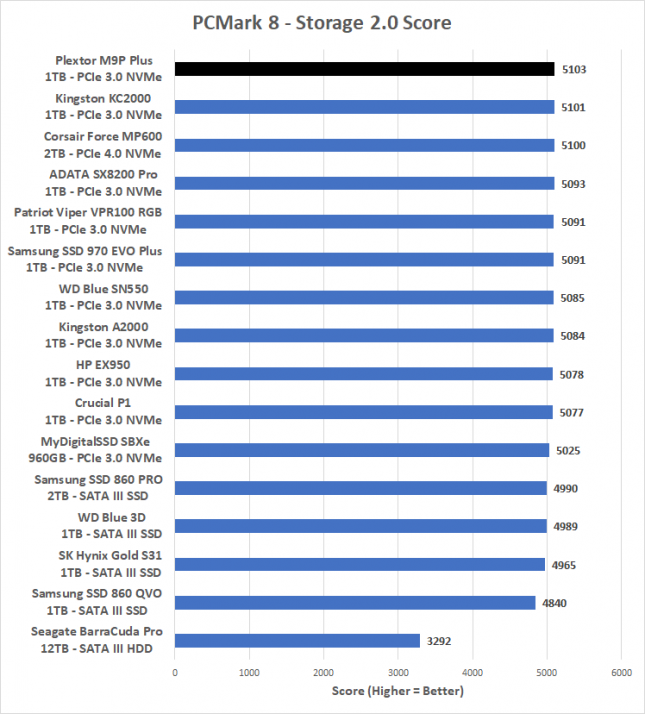 That puts the Plextor M9P Plus at the top of the chart when compared to other drives tested on the same platform. 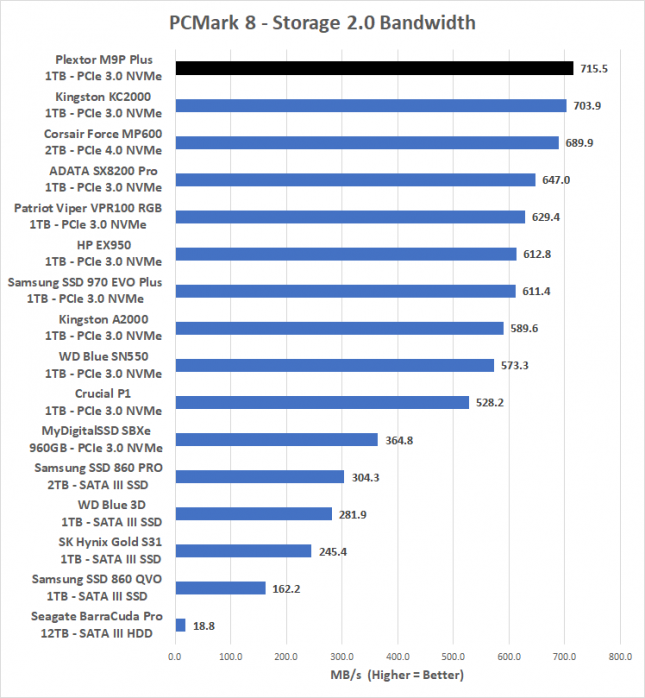 We like the Storage 2.0 Bandwidth test results as it shows the total amount of bytes read and written during the test divided by the time the test took. The Plextor M9P Plus 1TB SSD had a storage bandwidth score of 715.5 MB/s and that is good for first place again.