The RIG requires burn in to achieve desirable results. When brand new out of the box, the headphone had huge problems with instrument separation. The situation has since improved during the few weeks weve been testing this headset.

With the headset plugged into the mixer, the RIGs music playback quality is passable. It has an impressively wide soundstage for a closed back headphone, the bass has a decent punch, and bright highs that really bring out vocals. The result is double edged. The sound is mostly detailed and very lively. On the other hand, it doesnt sound entirely natural. Most house and dance tracks hissed into my ears and were dizzyingly disgusting. However, guitars and real instruments in general really stand out. Rock and acoustic tracks were very lively and instrumentals were enjoyable. Individual preferences will dictate individual satisfaction.

Using the stealth inline mic gave results mostly similar to the desktop mixer. The surprise was that the overall sound became less detailed and the soundstage shrank. Despite not being recommended, using the boom mic without the mixer resulted in an abomination. Sounds were tinny and poorly detailed. Highs are sloppy, mids were hollow, and bass was both muddy and thin. Stick with Plantronics recommended configurations for the best results. 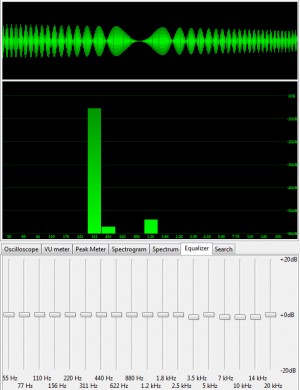 The RIGs bass presence and focused trebles made listening to movies enjoyable. Sound effects were boomy and the headphones emphasis on vocal reproduction for game communication allows movie dialogue to be impressively articulate. However, the drawback to this is not all sounds are accurately or realistically reproduced. Stereo surround is well defined, but virtual surround sound is nearly non-existent.

The RIGs primary focus is team communication. Vocals of any sort, whether it is an in-game NPC or a Skype partner, are articulate and rich. On the flipside, certain sounds are too bright and hissy such as whizzing bullets.

In the other departments, sound effects are boomy as a result of bass tuning. Stereo surround is well defined, but virtual surround sound is nearly non-existent.

The RIGs boom microphone and mixer combination simply put is ridiculously good. Recordings were clear with no hint of static or interference. The USB interface eliminates mic boost and receiving end audibility worries by providing dedicated power to the microphone.