NZXT tried to think of everything in the Phantom 820.  Keeping with this theme, they included big bling LED case lighting that is beyond what even aftermarket companies offer. 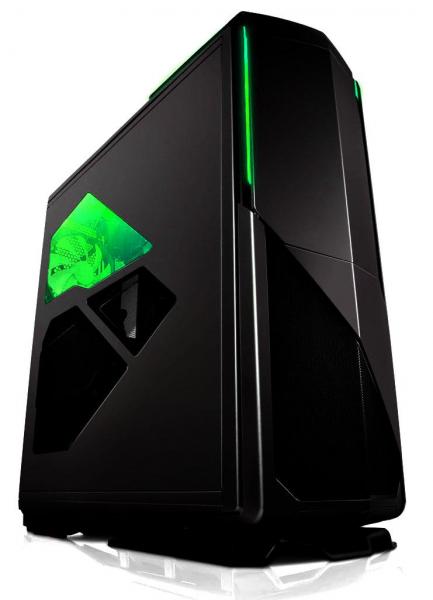 From the outside of the NZXT Phantom 820 Full Tower case there is a light bar on the top right next to the fan controller and audio ports that continues down the front a few inches.  On the left side is a second light bar tucked under the top and behind the front left edge of the 5.25″ door.  Finally there is a LED bar mounted in the top of the inside of the case to light the interrior and create a nice glow out the side window.

Taking another look at the control panel in the top of the 5.25″ bay, behind the door, there are three LED specific controls around the SD card reader.  The left switch labled “mode” cycles between case LEDs lit on the outside, the inside, both, or all off.  The big wheel moves through the 16 possible hues for the RGB LEDs on and in the case.  And the button on the right turns the I/O LEDs on and off in the back of the case. 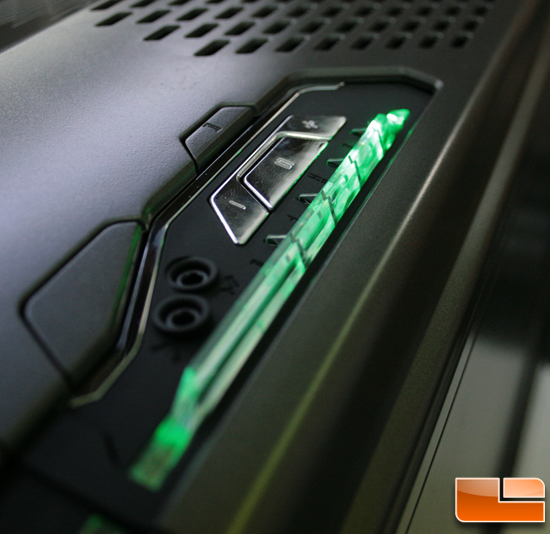 On the right top of the case there is a plastic light bar that glows one of the many colors, but there are four little angled plastic pieces connected to the color light bar.  These are actually little white LEDs that light up depending on which of the four channels the 15w / channel fan controller has selected.  These white LEDs glow brighter as you turn the power up and dim as the fan power is turned down by the +/- silver rocker switch.  The channel is selected with the button in the middle of the rocker.  The black buttons are power and reset with the headphone and mic jack next to the power switch.  A lot going on in a little space, but it keeps the rest of the top of the NZXT Phantom 820 nice an clean. 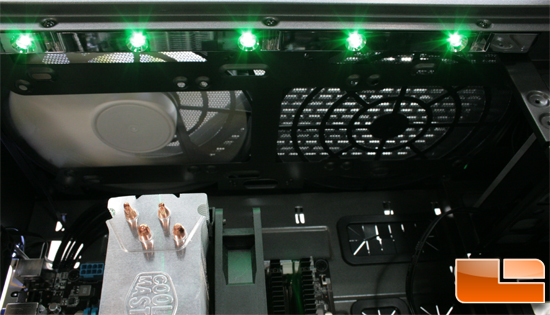 Here are the row of RGB LEDs in a reflective bar that does a nice job of lighting the case.  This picture was taken with the photo lights on and the green still has a nice glow so you can imagine how well it would light a darkened room. 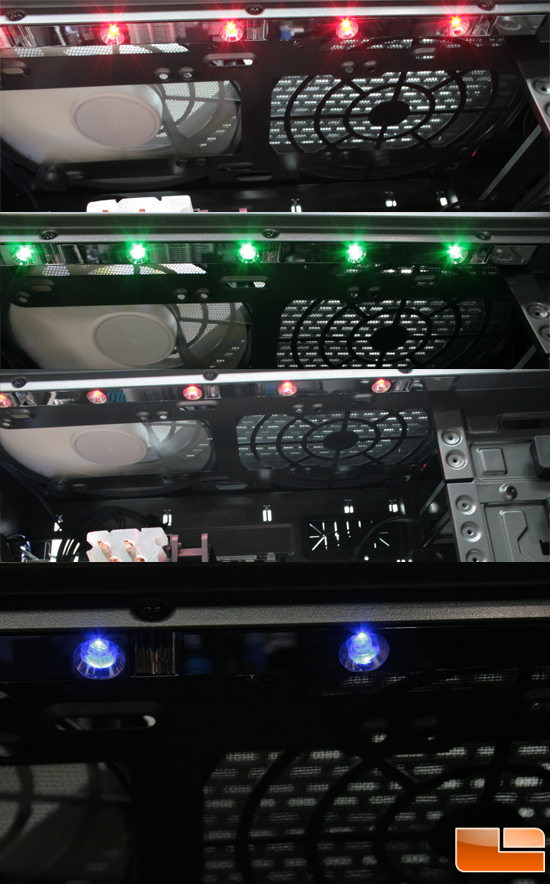 Red, green, pink, blue, let your mood drive your color.  Thses are a few shots of several of the rainbow of colors you can dial in with a close up of the RGB LEDs glowing blue. 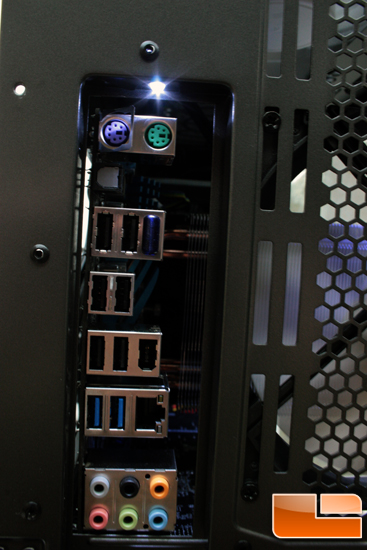 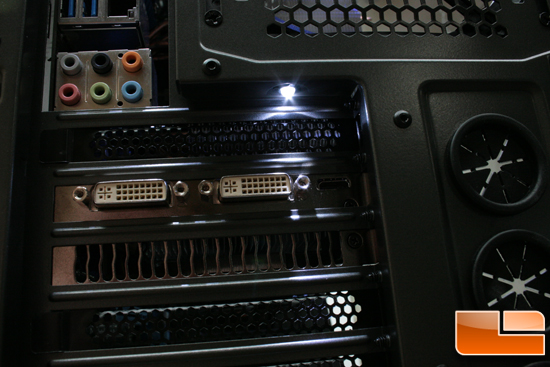 So simple, yet almost nobody does this!  Bright white LED’s that light up all the ports in back of the case toggled by that I/O on/off switch in front.  Great for checking connections or plugging in that new ultra high DPI mouse you just got for the holidays!  This is by far the most innovative included lighting scheme we have ever seen in an enthusiast case.  Our only minor gripe is that they use a SATA power for the LEDs and Molex power for the fan controller requiring two cable runs from the PSU or the use of a converter.