Removing the side panel is pretty easy, two thumbscrews hold it in place; once those are loosened (they remain with the panel), the panel slides towards the back of the case and comes off. I’ve had some cases that required force to remove the panels, the Noctis 450 didn’t require any force. 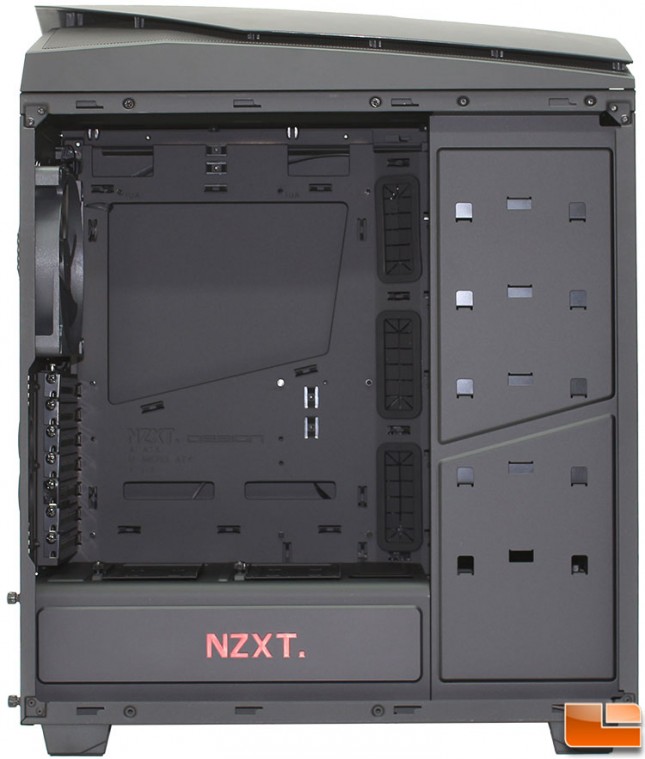 With the panel removed we can see the interior of the case. On the motherboard tray, there are several cable management holes, with the three largest ones having rubber grommets to protect cables; these are also slightly angled to make installation a little easier. The area for the CPU support bracket is rather large, and should support most of the CPU locations. Finally, NZXT has been hiding all the 3.5″ drive trays behind a solid panel for a few generations now, they continue this in the Noctis 450.

Taking a peek at the front fans confirm the three FN V2 1200 that we have already discussed. By removing the hard drive trays up to a 360mm liquid cooling radiator could be installed in a push/pull configuration.

The internal view of the back panel doesn’t really provide much new information from the exterior view. The only new feature here is that the expansion slot covers are secured to the case with thumbscrews. 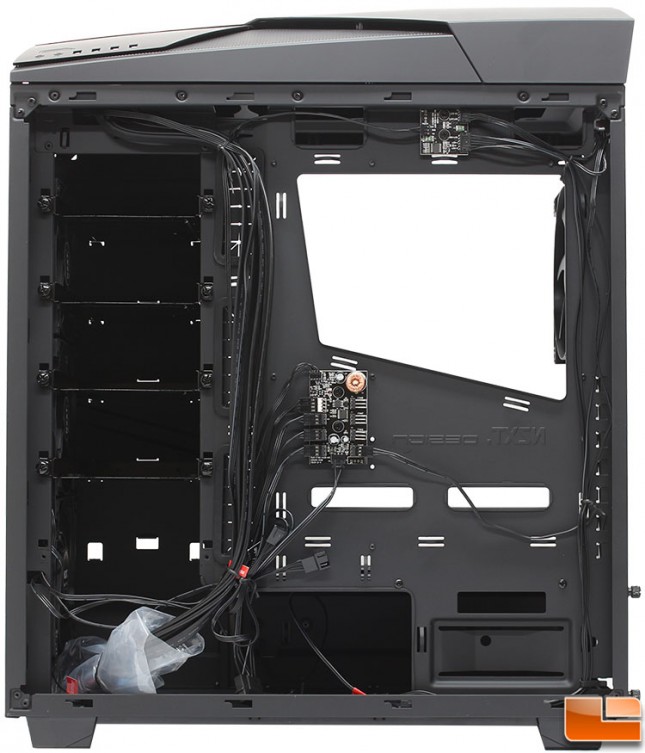 The back side panel removes like the other, loosening two thumbscrews and sliding the panel to the back of the case. Between each of the five hard drive trays there is approximately 2.5 inches of space. With that amount of space, while nice to have plenty of room, if they were squeezed together more drive could be installed or perhaps allow for all the hard drive trays to be used and custom liquid cooling. On the back of the motherboard tray, there are a total of 21 cable tie locations (18 on the motherboard tray, and 3 in the cable management area). 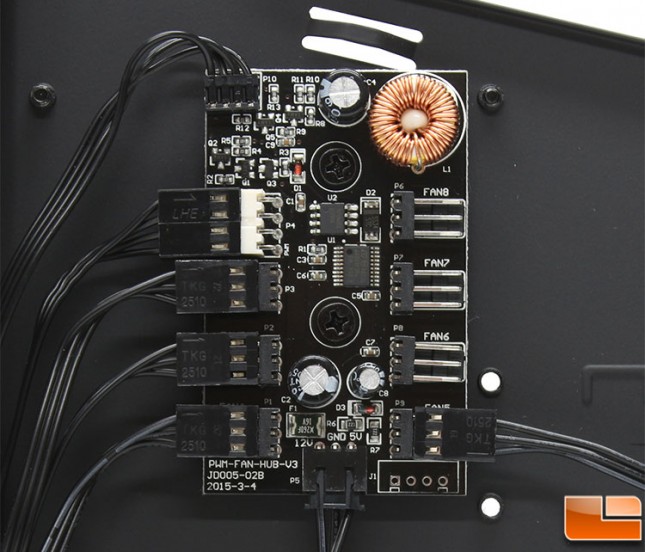 Below the large CPU cutout is the integrated fan hub. Here up to 8 PWM fan can be attached; NZXT upgraded the fan controller from the H440 case line! Nice upgrade making it PWM controllable. With the Noctis 450 including four fans, there are five fan headers being used. The one that is connected to the white header is actually an extension cable, which comes in handy if you have a fan with a short cable, or the desired PWM fan header is too far for the controllers cable. 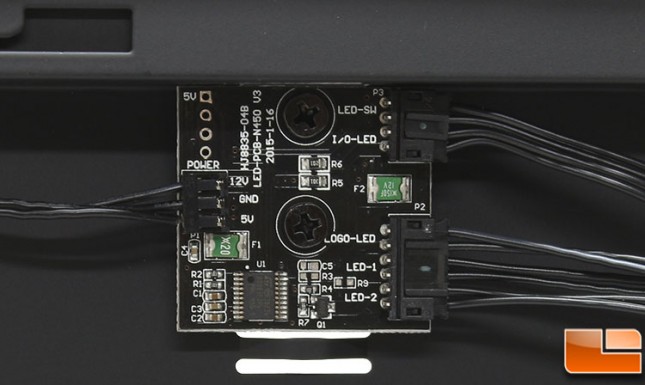 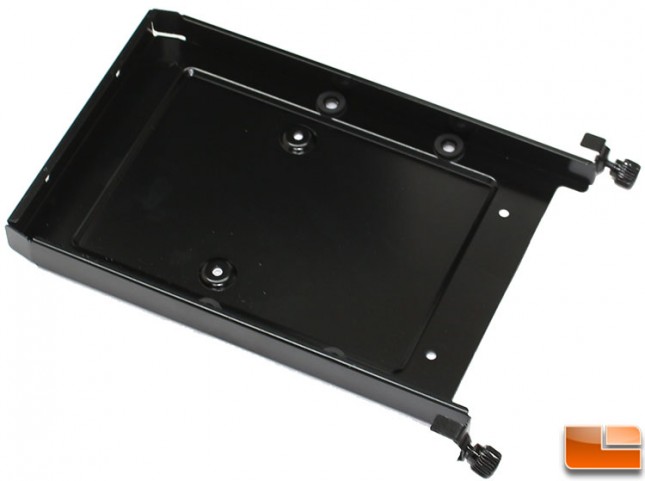 There are a total of five trays to hold the 3.5″ or 2.5″ drives which are held in place with thumbscrews (the sixth hard drive location is on the bottom panel). This is another element of the Noctis 450 that was taken from the H440. These have a glossy finish, and are painted to match the case. 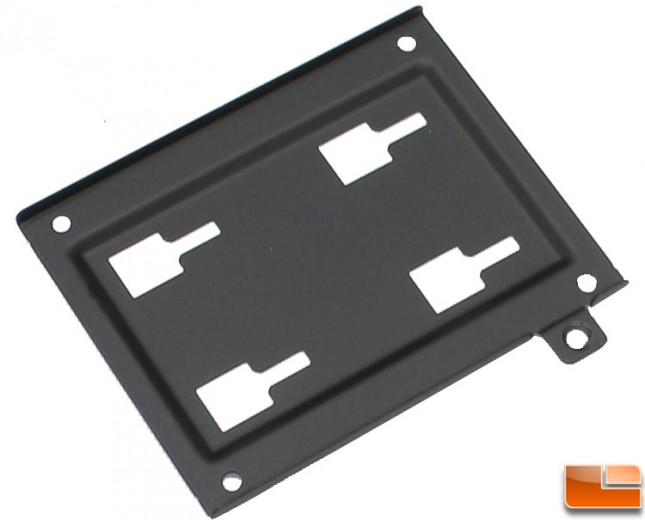 Finally, we have the 2.5″ drive tray that is located on top of the power supply shroud. It is held in place with a single thumbscrew and a slide lock. Secure the 2.5″ drive to the tray with four screws. These have a matte finish rather than the high gloss of the 3.5″ / 2.5″ trays.