The NVIDIA GeForce RTX 3070 is one of the most highly anticipated in years after it was hyped up as delivering more performance than the GeForce RTX 2080 Ti for just $499. This is impressive as the GeForce RTX 2080 Ti sold for twice as much! NVIDIA announced the card two months ago and the launch is finally happening on October 29th, 2020 after a small delay to ensure more cards were available at launch. Demand is unprecedented for cards based on the Ampere GPU architecture this year thanks to the global pandemic and the ever expanding PG gaming market. 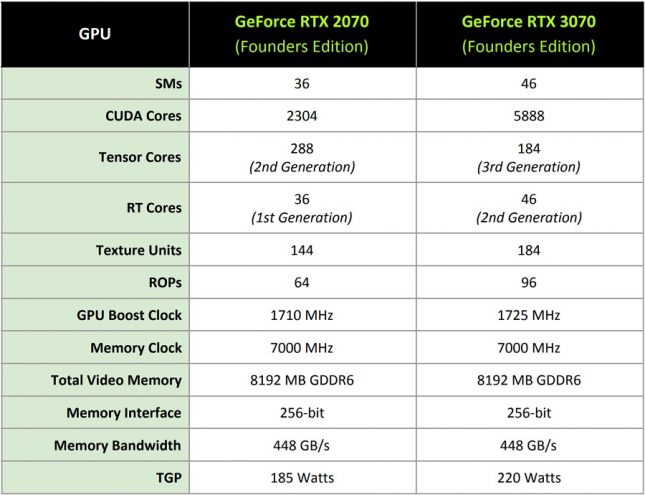 Under the hood you’ll discover the RTX 3070 is powered by the NVIDIA GA104 Ampere GPU that is manufactured on a custom 8nm (8N) process by Samsung. It contains 17.4 billion transistors in a die size that is 392.5 sq mm. That die size is extremely tiny compared to previous generation cards thanks to move to an advanced manufacturing node. The GeForce RTX 3080 uses the GA102 GPU that is 628.4 sq mm with 28.3 billion transistors. 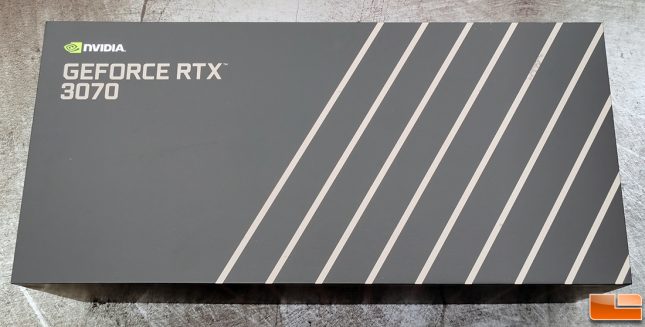 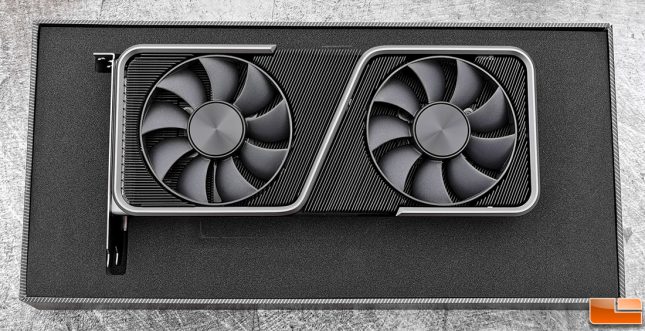 You have PCB that was designed to be as small as possible that has been topped by a ‘flow through’ GPU cooler that was designed from the ground up for the RTX 30 series cards. The design works with your chassis cooling system to pull in fresh air and push warm air out of the case. NVIDIA claims the RTX 3070 flow through system is up to 16dBA quieter and has 44% higher thermal performance than the RTX 2070 Founders Edition. 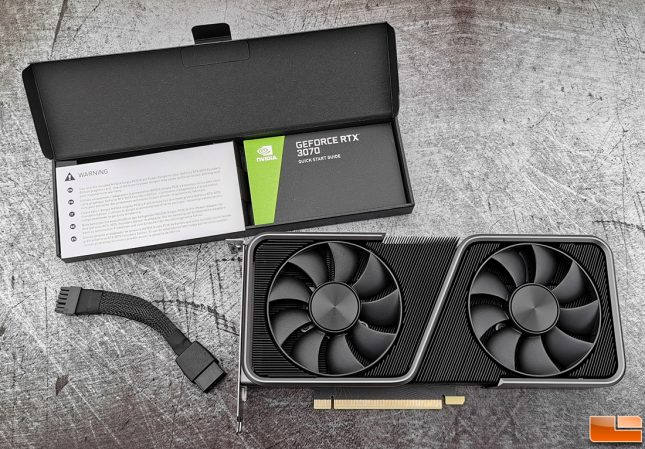 With the purchase of the NVIDIA GeForce RTX 3070 Founders Edition cards you’ll get a quick start guide along with the 1x PCIe 8-pin to 1x 12-pin adapter. The power adapter is located in a cardboard box under the graphics card. 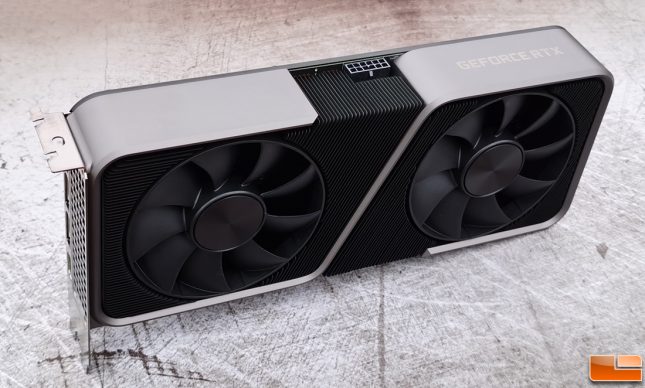 The NVIDIA GeForce RTX 3070 is actually a fairly small graphics card as it comes in at 9.5-inches in length and 4.4-inches in width. That makes it a true 2-slot graphics card and it should easily fit in the vast majority of PC cases on the market today. 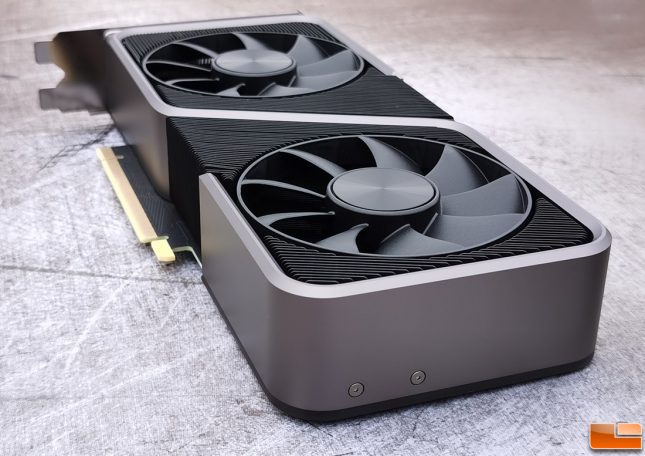 The right fan pushes air up through the card towards the natural top of the PC case towards where one usually places a rear chassis exhausts. The left fan brings cool air in from the bottom of the case and pushes hot air out of the vented mounting bracket vents. 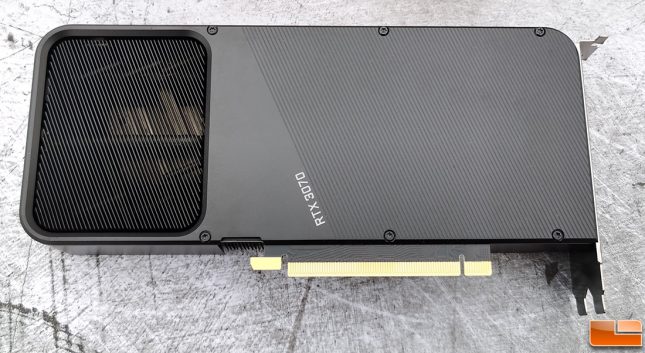 When you flip the GeForce RTX 3070 Founders Edition card over you can see the ‘flow through’ design and how the right fan blows across a fin-stack that has several heatpipes in it. 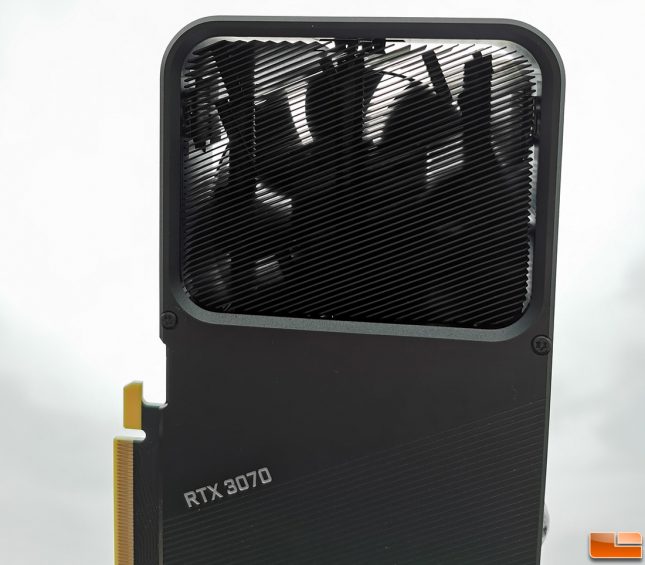 Actually, here is a bit of a better shot that shows the fans and the heatpipes! 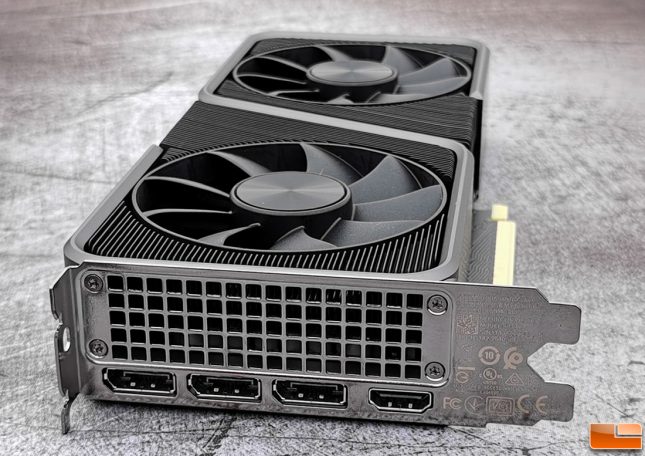 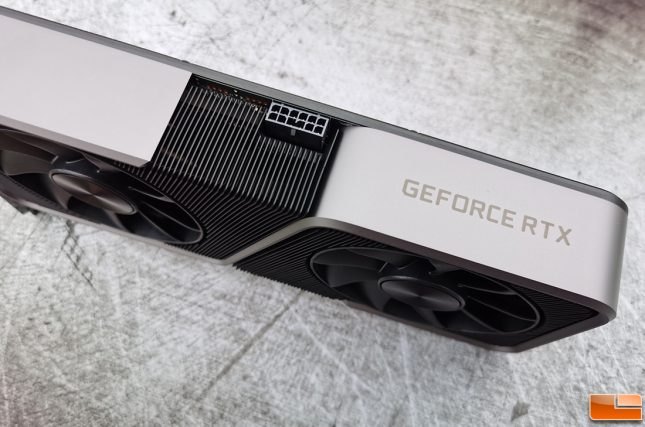 About smack dab in the middle of the card is the mini 12-pin power connector that is required for the GeForce RTX 3070 Founders Edition. This card has a Total Graphics Power (TGP) rating of 220 Watts, which is actually a little higher than normal for a card in this price range and class. The ‘old’ GeForce RTX 2070 had a 185W TGP rating and the recommendation was a 550 Watt power supply. NVIDIA recommends a 650W or greater power supply for the RTX 3070, so hopefully those that are upgrading an older card in this price range will have a sufficient sized power supply. 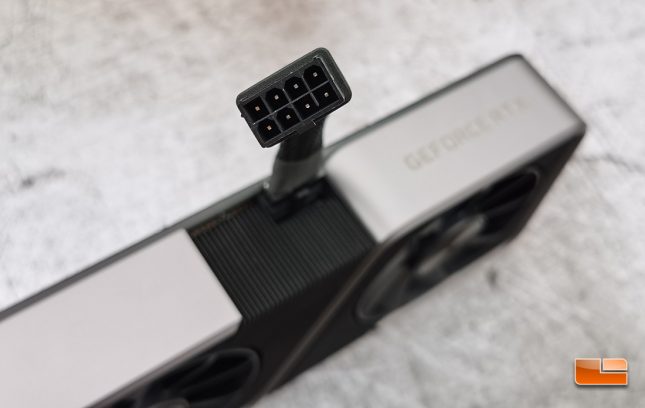 One thing that is worth pointing out is that the 12-pin power connector adapter only requires an 8-pin PCIe connector. It isn’t a split connector like the ones found on the GeForce RTX 3080 and 3090 cards.

Let’s take a quick look at the test system and then see how the RTX 3070 performs!