To overclock the NVIDIA GeForce RTX 2080 SUPER FE graphics card we turned to EVGA Precision X1 v0.4.4.0 to get the job done. 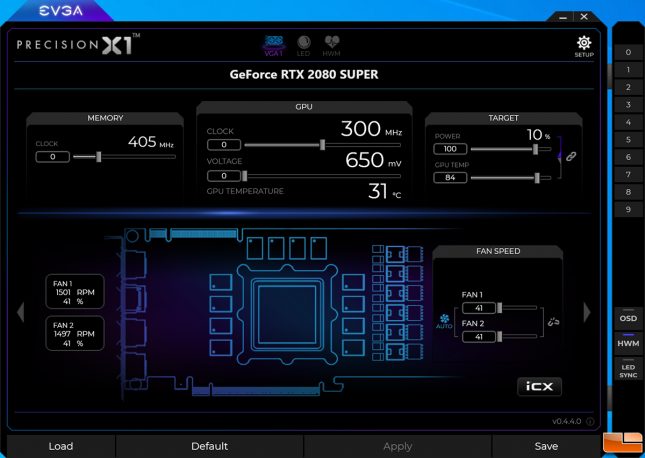 We used the applications built in ‘Auto Overclock GPU’ setting to see what it suggested the core overclock should be. After the scan completed it showed +34, which means that we could get an additional 34 MHz from the core. That is a littler lower than we expected as most 2080 SUPER cards should be able to reach+50 MHz and be stable. If you get a good card you might be able to get +80 MHz or better. 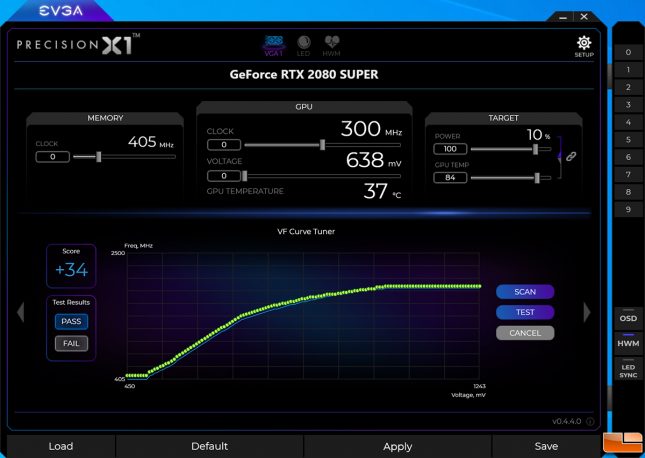 Our sample must be a decent overclocker as we were able to get the core clock to +90 MHz with no stability problems at all. The 2080 SUPER has a boost clock of 1815 MHz, but a quick look at GPU-Z shows that we were reaching speeds of up to 2085 MHz with this overclock when running 3DMark Time Spy. At stock settings we scored 11,464 points and with the overclock we managed to improve that score to 11,805. This is an 3% performance improvement, which isn’t bad considering the 2080 SUPER just got a 5% performance increase from the 2080. It should be noted that we did crank up the power target and GPU temp target when we manually overclocked. 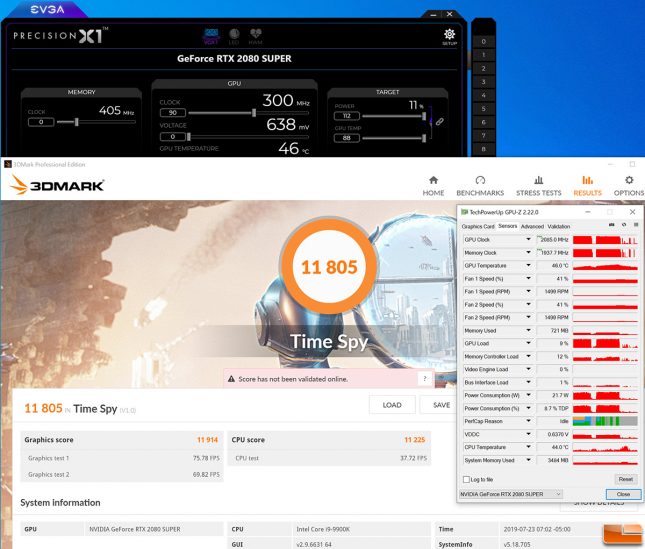 Rainbow Six Siege showed a 3.5% performance boost at 1440P with the overclock! 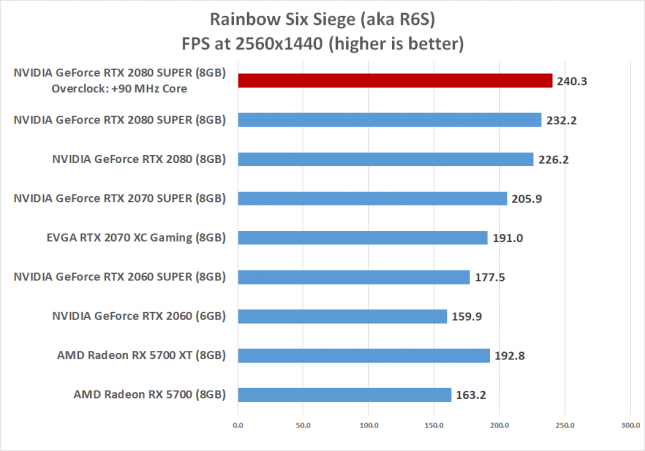 Power draw at the wall outlet jumped up to 395 Watts from 371 Watts, so we are using up to 24 Watts more power while gaming with this overclock. 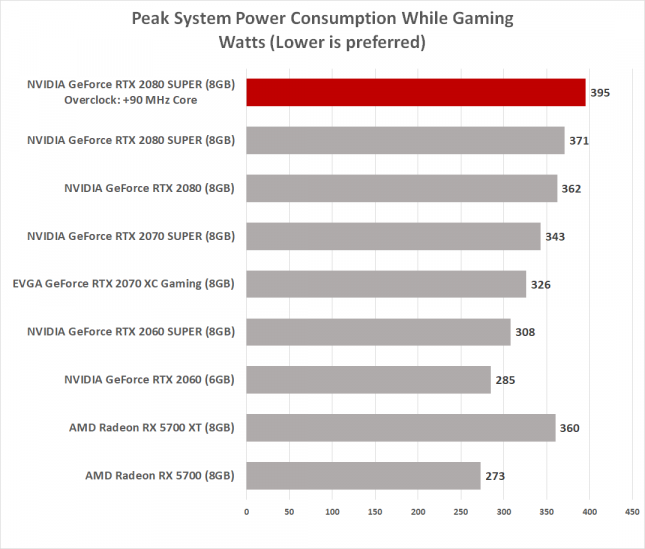 So, overclocking easily possible on the NVIDIA GeForce RTX 2080 SUPER and it will give you a slight performance boost as we have shown.