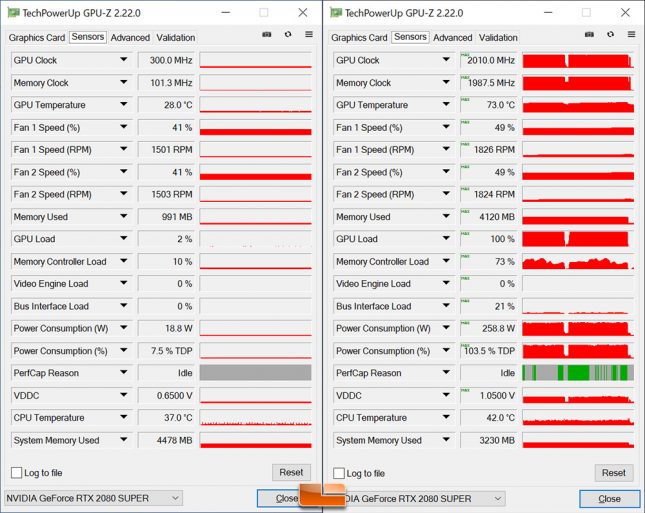 At idle we were sitting at around 28C at idle with minimal fan noise despite the cards two fans running at 1500 RPM. After playing PUBG for over an hour at 1440P we found that the temperatures topped out in the 73C range. The fans were running around 1825 RPM at full gaming load, which isn’t bad at all. 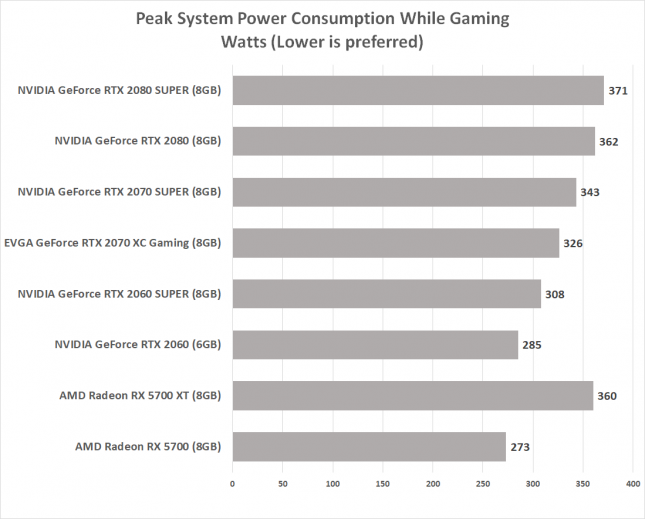 The GeForce RTX 2080 SUPER used just 9 Watts more power than the RTX 2080. This is a welcomed surprise as we were expecting to see a higher power draw!