NVIDIA doesn’t usually send me the bottom half of their product line, but they made an exception with the recently announced GeForce 9500 GT graphics card. For the most part ATI and NVIDIA send out their high end offerings like the upcoming Radeon HD 4870 X2 or the GeForce GTX 280. Not everyone can afford a $400-$600 graphics card and to be honest the cards that sell the most are the entry level cards. NVIDIA expects the final e-tail pricing to come in around the same level of the 8600 GT, which currently is available in the low $80 USD range. This makes the NVIDIA GeForce 9500 GT an extremely affordable solution for those wanting something better than discrete graphics without breaking the bank. The ‘mainstream’ graphics card is defined as a graphics card that does not require an external PCIe power connector and is priced below $100 in the retail market. Here is the new NVIDIA mainstream graphics board lineup, in descending order of price and performance, as of July 29, 2008:

Let’s take a look at the budget friendly GeForce 9500 GT 256MB GDDR3 version and see what it has to offer. 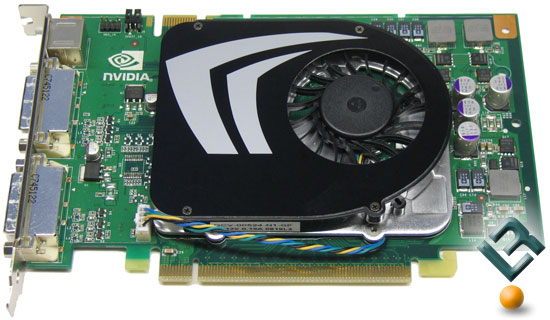 The first thing to point out on the GeForce 9500 GT is that it is a single slot solution with a cooling fan that is actually quiet during use.  The second thing to notice is that the GeForce 9500 GT doesn’t need any additional power as the maximum thermal design power (TDP) is just 50W for the entire video card. Since the x16 PCI Express slot can handle ~75W of power the GeForce 9500 GT has ample power from the PCIe slot. The length of the GeForce 9500 GT PCB is 6.875″ in lenth with the overall length of the card including the back plate being 6.9375″, which means that it will fit in smaller cases.  This is ideal for those building HTPCs or anything with a small chassis. 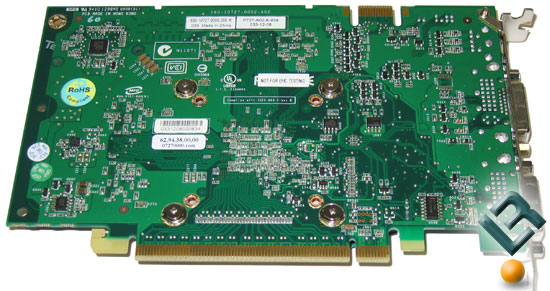 The rear of the card doesn’t have too much to see as all the memory ICs are located on the front under the GPU cooler. 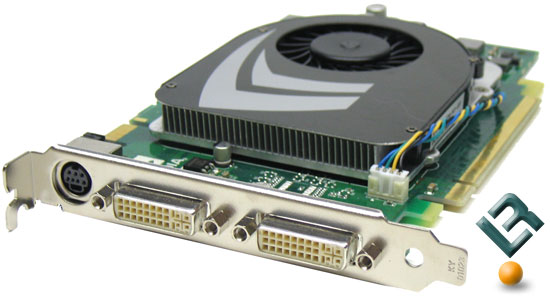 The reference GeForce 9500 GT that I am looking at features two dual-link, HDCP-enabled DVI-I outputs for connection to analog and digital PC monitors and HDTVs, a 7-pin analog video-out port that supports S-Video directly, plus composite and component (YPrPb) outputs via an optional dongle. DisplayPort is supported by the card, but was not used by NVIDIA on the reference design. That doesn’t mean that add-in-board (AIB) partners aren’t going to include DisplayPort. 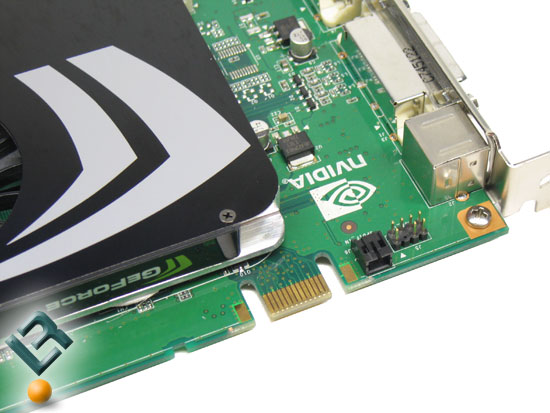 The top of the 9500 GT features a single SLI connector, which means that dual SLI is an option and that 3-way SLI is not possible. This shouldn’t be a deal breaker as most mainstream motherboards have just a single x16 PCI Express graphics slot. The small black 2-pin connector next to the SLI bridge is an input for digital audio pass through on an HDMI connection. The GeForce 9500 GT GPU natively supports HDMI and DisplayPort. Just like we noted in the paragraph before it will be up to the add-in card partners to release boards with HDMI, DVI-to-HDMI dongle, or DisplayPort at their discretion.