Overclocking with the NH-D15 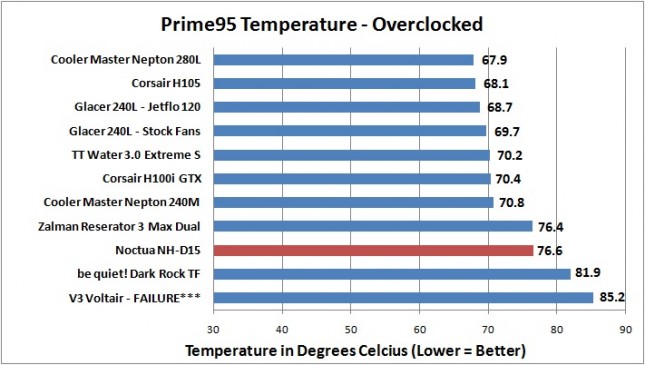 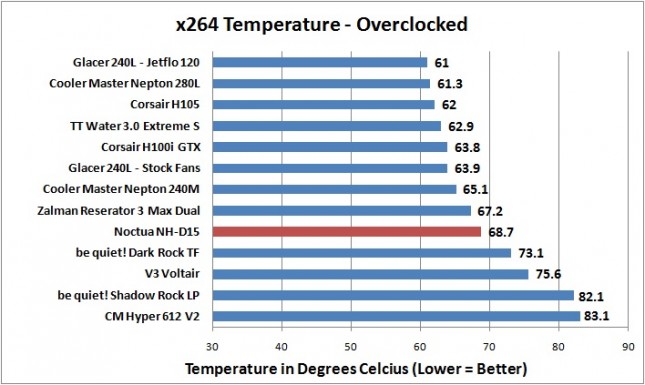 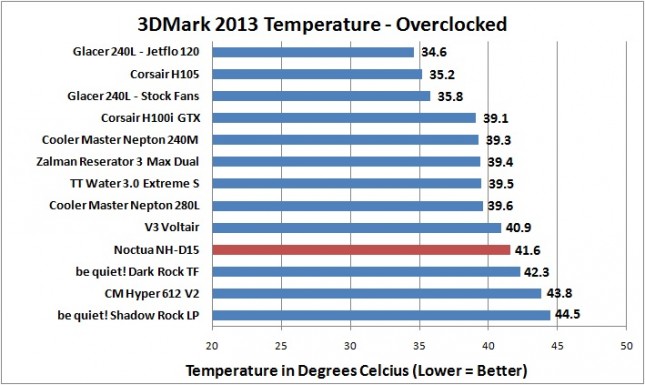 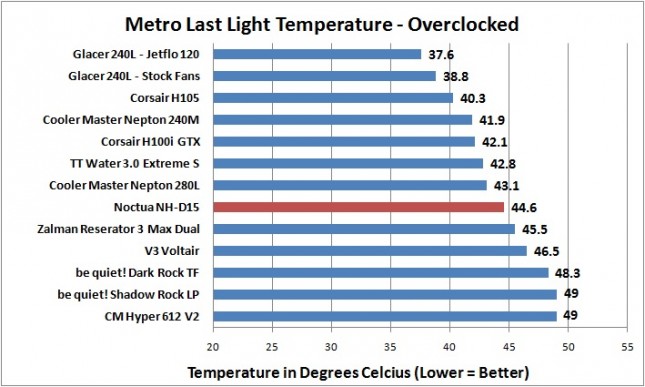 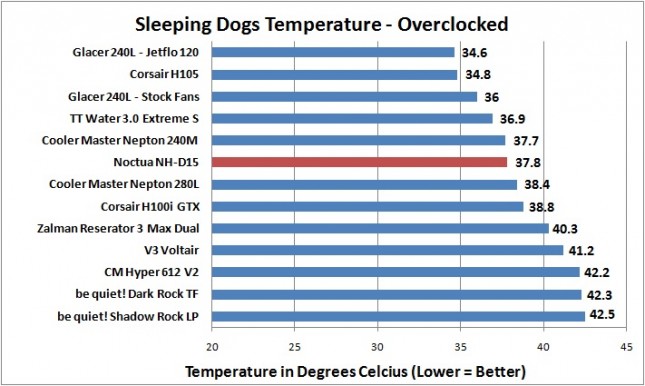 Overall Results: Air coolers are something that I don’t really set high expectations for, but Noctua’s NH-D15 did very well! I found the D15 beating out every other air cooler that I have tested with ease, in nearly every test again, and it put itself in the territory of liquid cooler performance.