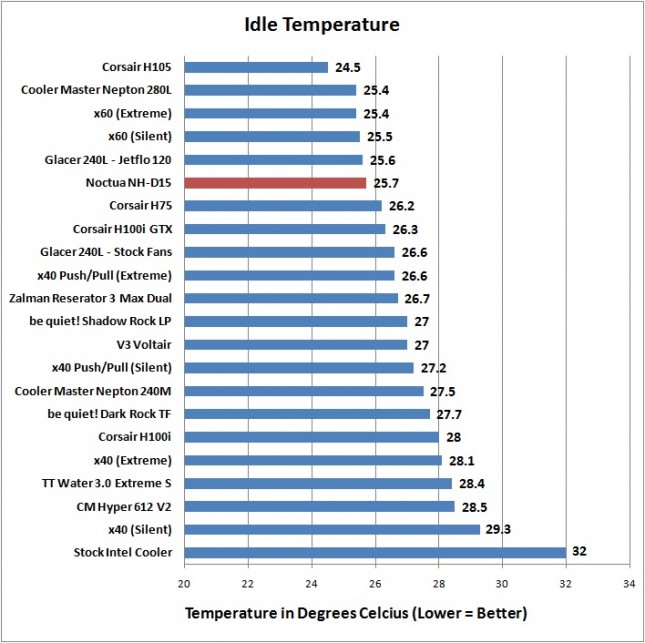 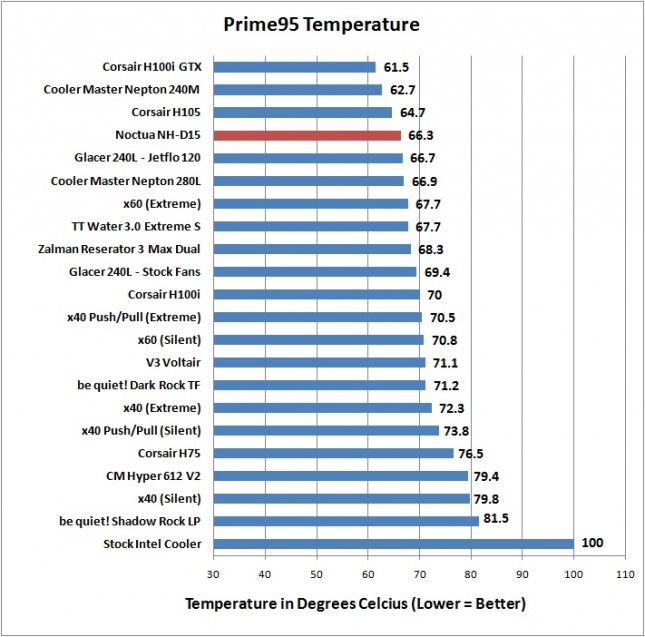 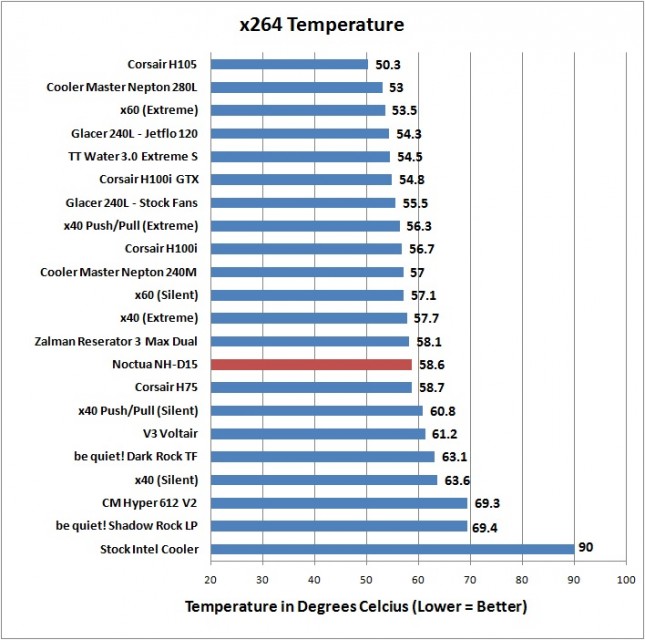 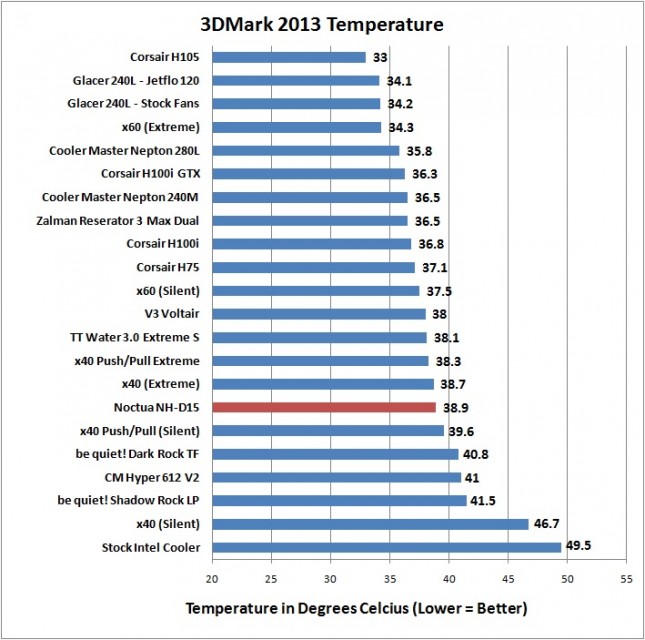 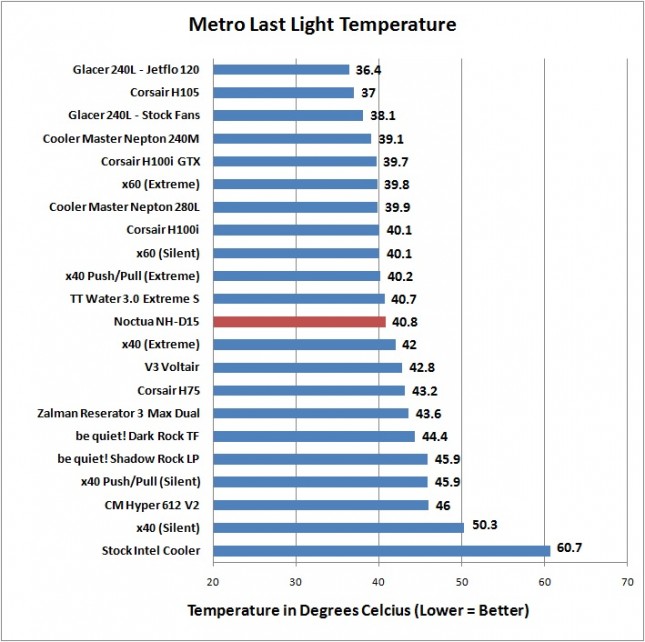 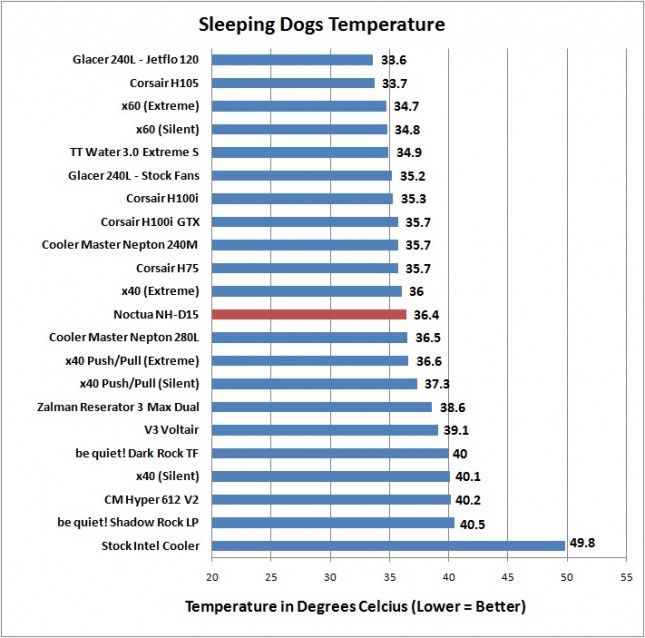 Overall Results: I don’t generally set my expectations very high with air coolers, but this one I had some slightly higher expectations due to the sheer cost. Needless to say, I was beyond impressed with how well it performed. The most incredible result was the Prime95 result, coming in at 66.3*C, outpacing several top tier liquid coolers in several tests. All of the other results slapped the NH-D15 darn near in the middle of the charts, which is also very impressive. I also set the bar for a cooler to beat, when testing air coolers, on the V3 Voltair, which the D15 pretty much dominated in each test.
Overclocking with the NH-D15