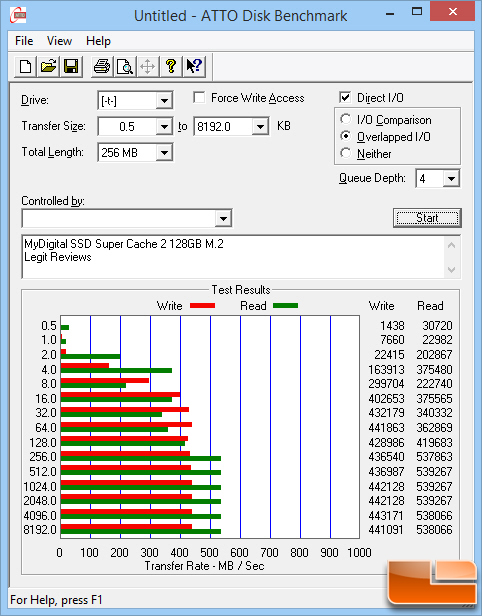 Benchmark Results: Typically this is the best performance scenario for SSDs and as such, we see reads doing very well in the low to mid 500MB/s and the writes a little lower at around 443MB/s max which is about 30MB/s over the rated specification. Compared to the Kingston drive of similar design, writes are a little weak but way better than you’ll find in any spinning platter hard drive.

We have been running the AS-SSD Benchmark app for some time now and found that it gives a broad result set. The programmer has worked very hard on this software and continues to make updates often so if you use it, show him some love and send him a donation. There are now three tests that are found within the tool and we’ll show the results from two of them. 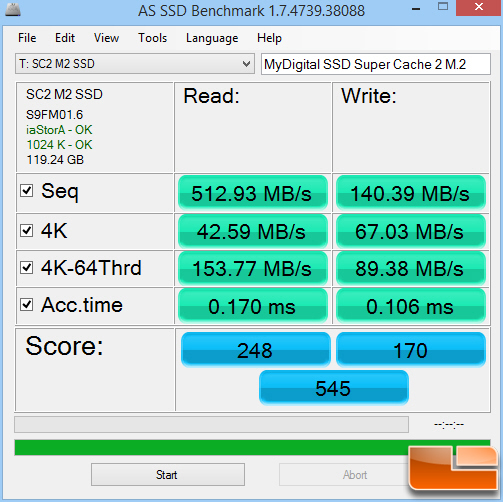 Benchmark Results: While we usually see writes drop in this benchmark as compared to ATTO, this is the first time we’ve seen write scores nearly fall off the table hitting a meager 140MB/s. There are old school hard drives that perform better. We suspect the lack of cache and limited number of NAND modules is a big reason for this result. 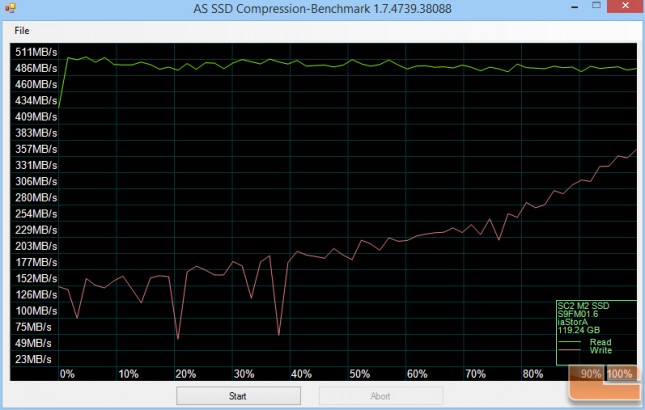 Benchmark Results: The reason the writes dropped so heavily is that the controller clearly struggles with incompressible data as the graph shows.