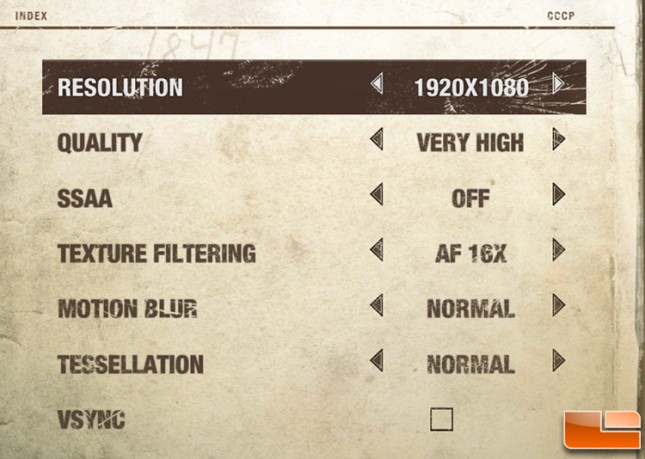 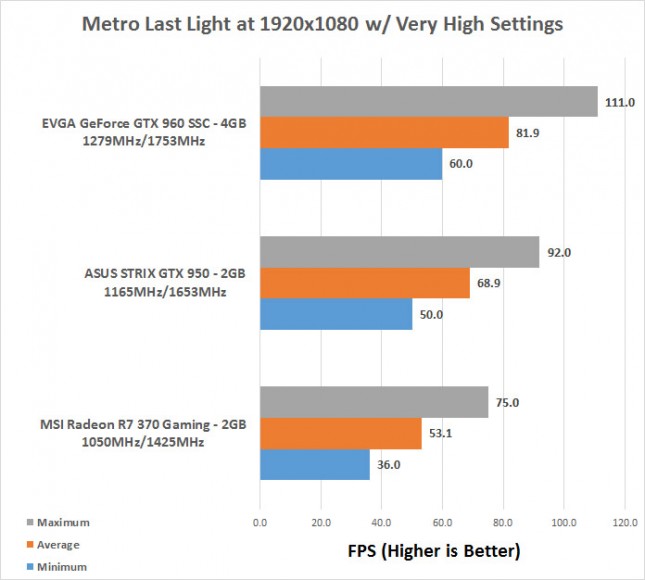 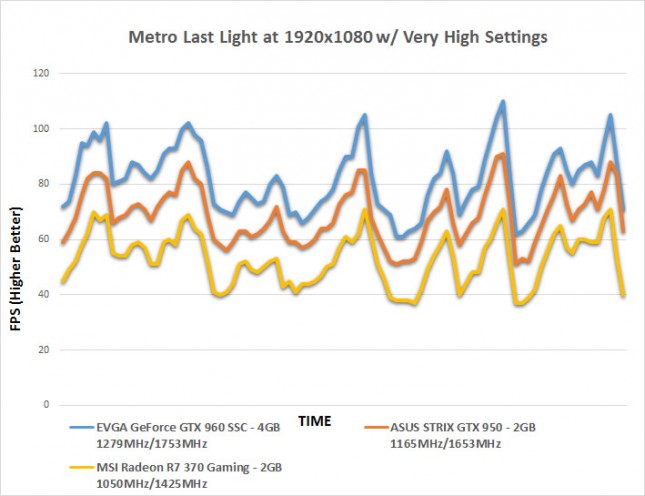 Benchmark Results: Here is a look at our manual FRAPS benchmark! The MSI Radeon R7 370 Gaming 2G is clearly performing slower than the GeForce GTX 950 across the board.