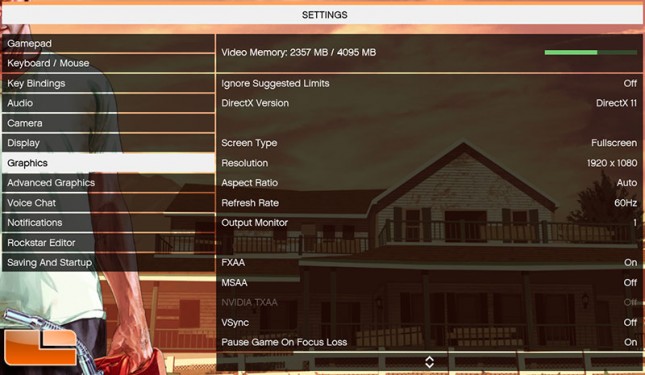 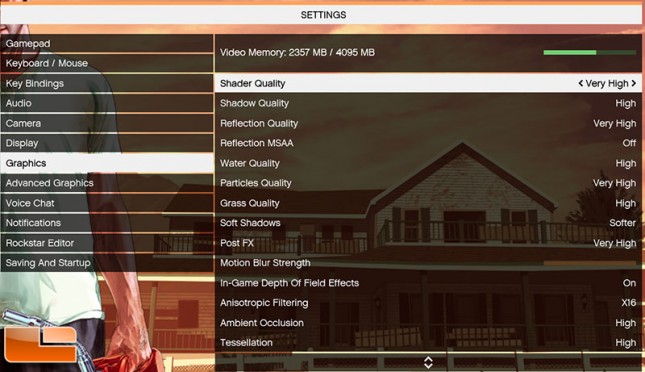 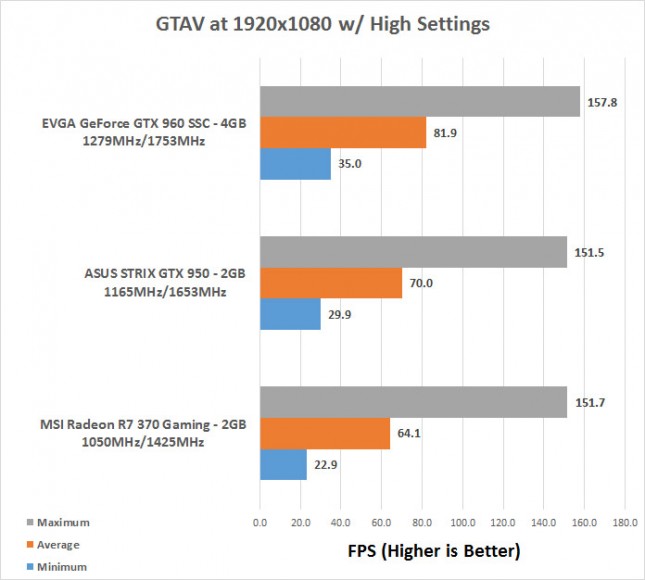 Benchmark Results: In GTA V we ran the games built-in benchmark three times and averaged the numbers. The ASUS GeForce GTX 950 STRIX had a 70 FPS average versus the 64 FPS average on the MSI Radeon R7 370 Gaming 2G. The MSI Radeon R7 370 had the same peak frame rate as as the GeForce GTX 950, but the minimum was 24% lower and we care more about the minimums than anything else as that is usually when you notice a jitter or rough gameplay.