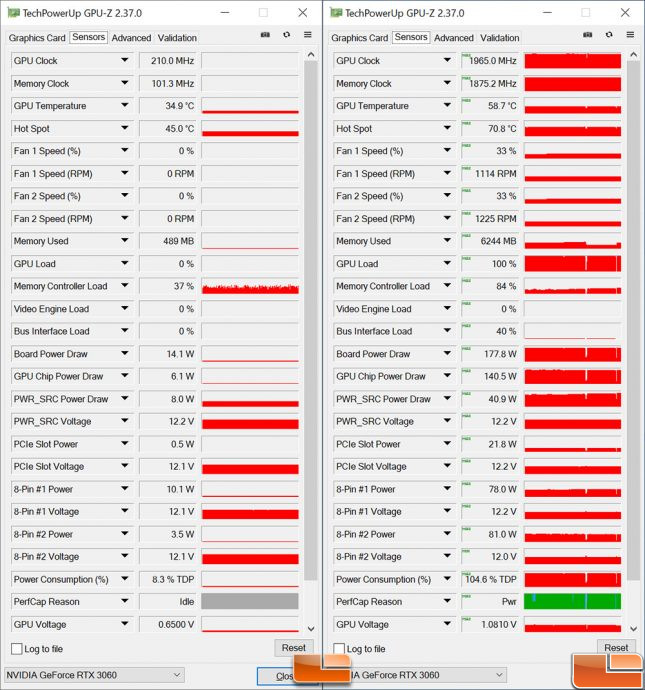 At idle on our open air test bench we were sitting at around 34.9C at idle with no fan noise as they don’t spin. After playing PUBG for over an hour at 1440P we found that the temperatures topped out at 58.7C range. The GPU coolers three fans were off at idle and running around 1200 RPM at full gaming load. The hot spot temperatures at idle and load were 45.0C and 70.8C, respectively. 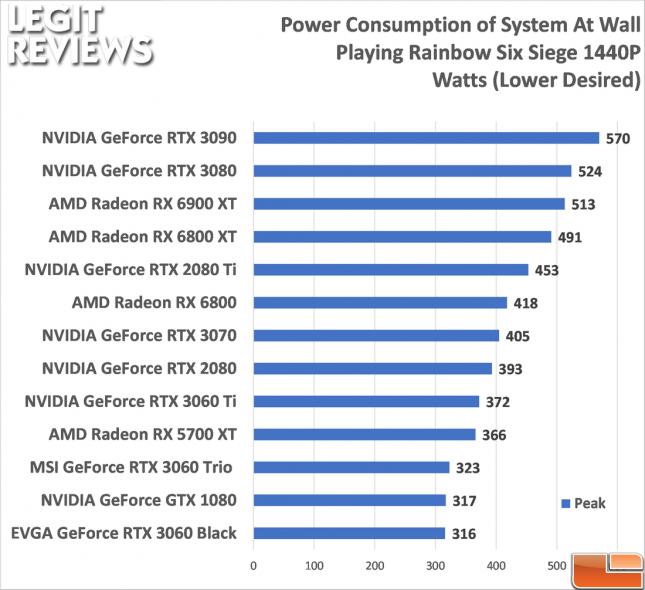