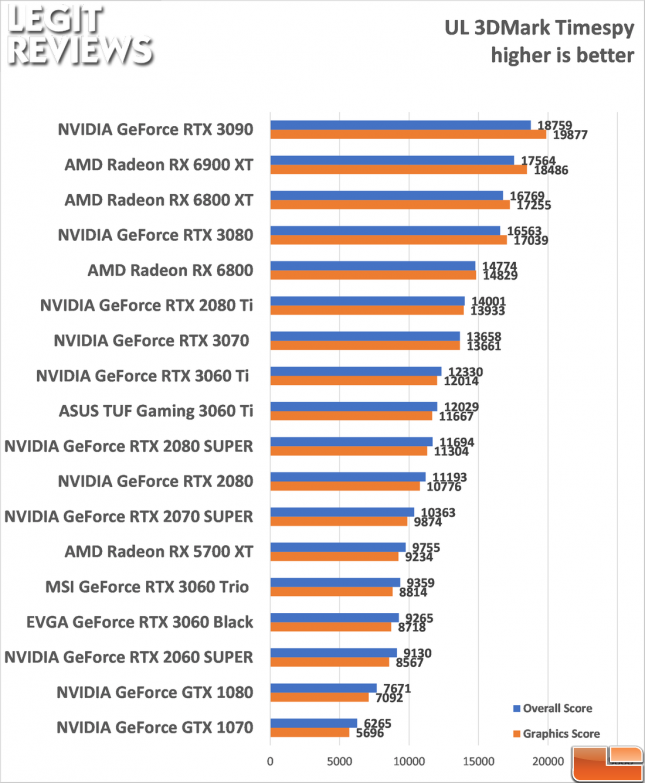 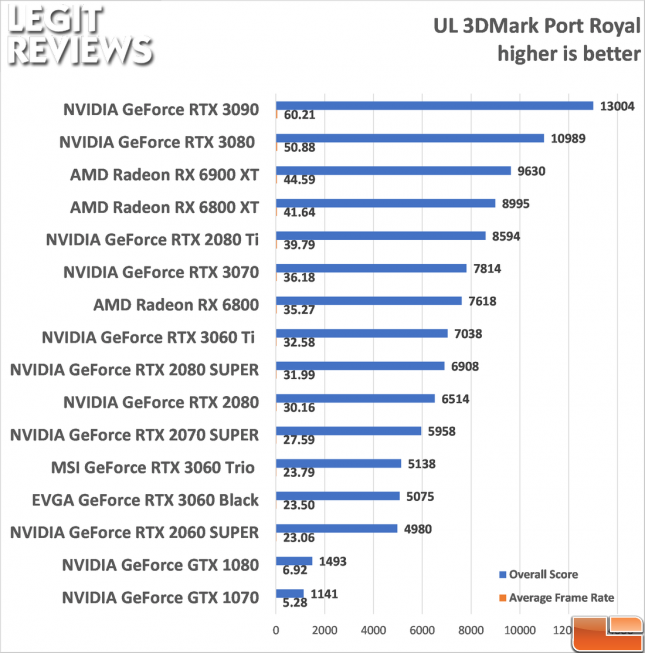 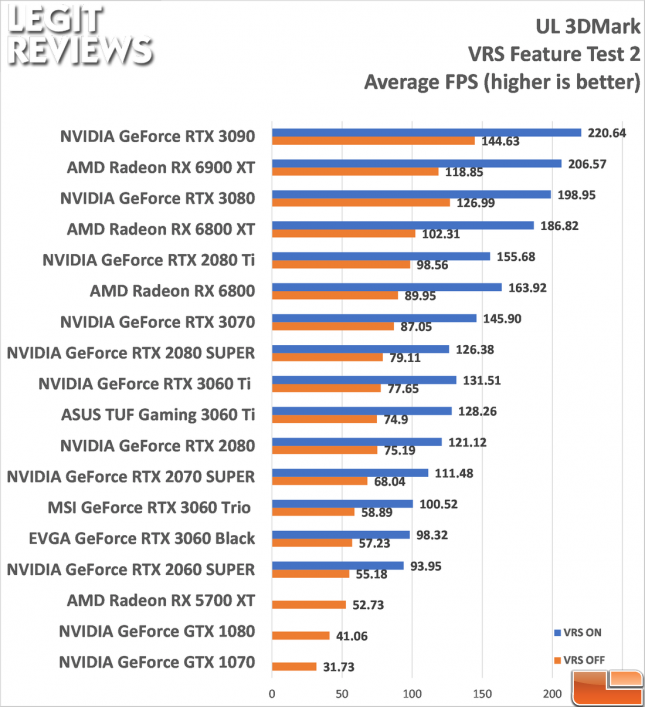 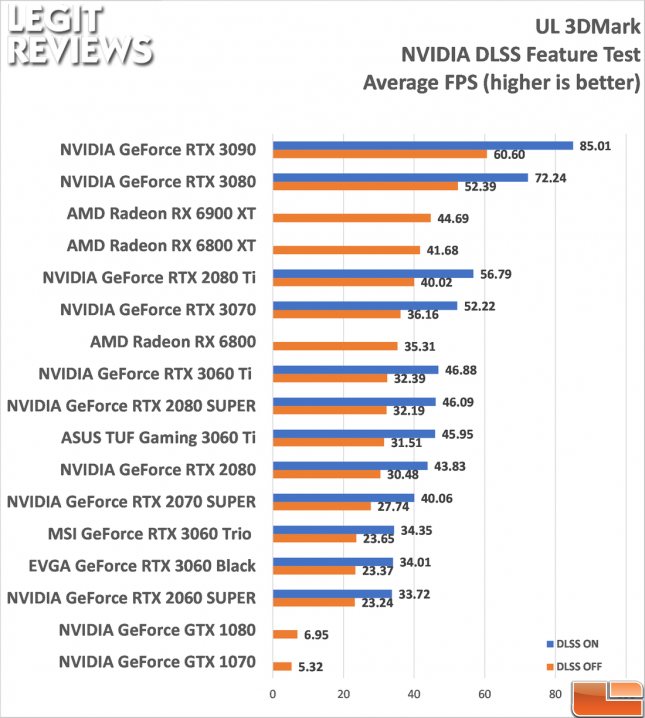 On the DLSS feature test the EVGA GeForce RTX 3060 Black was found to be slightly faster than the 2060 SUPER with and without the feature turned on. This is fairly impressive as the GeForce RTX 2060 SUPER has an MSRP of $399 when it came out and this card is only $329. You are getting better performance for less money and the power draw is less. 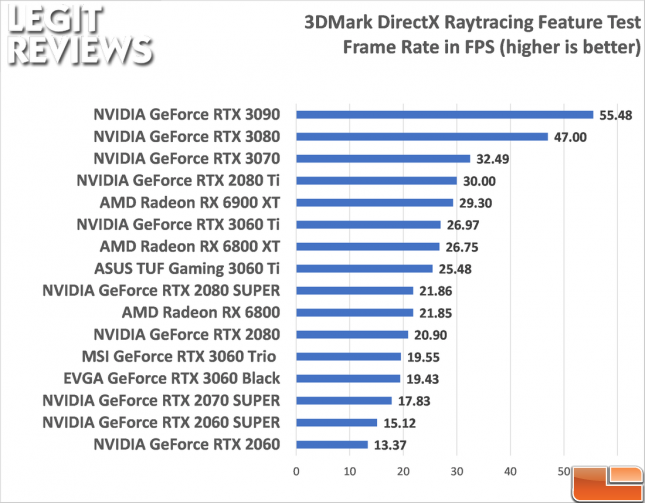 The 3Dmark DirectX Raytracing feature test is pretty new and it showed the EVGA GeForce RTX 3060 Black being faster than the 2060 SUPER and the 2070 SUPER!