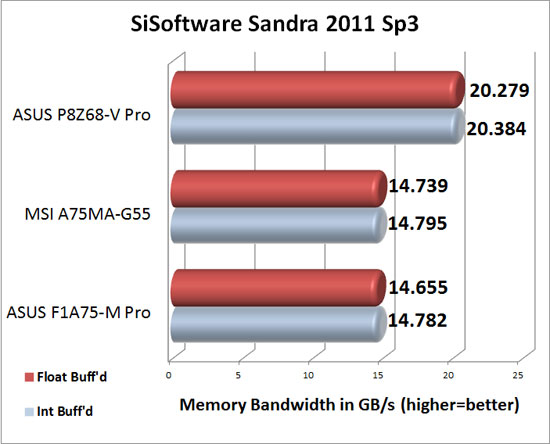 Benchmark Results: The MSI A75MA-G55 was able to edge out the performance of the ASUS F1A75-M Pro with bandwidth of 14739GB/s and 14.795GB/s. The ASUS F1A75-M Pro was just behind that performance with a bandwidth of 14.655GaB/s and 14.782GB/s. One thing worth noting is although there are two different versions of Sandra 2011 the AMD A75 chipset motherboards were able to squeeze more memory performance out of the 1600MHz Corsair Vengeance kit than the ASUS Sabertooth 990FX was able to by nearly 2GB/s!