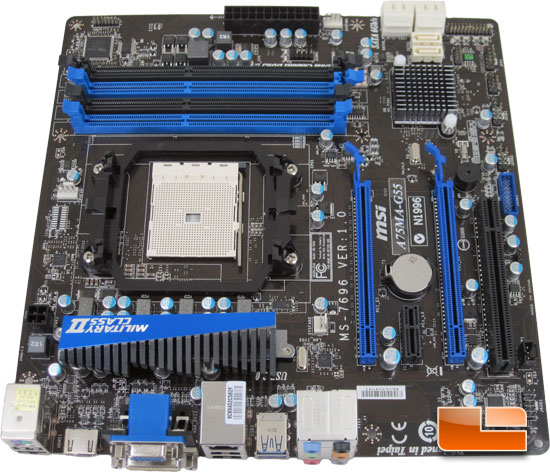 All in all I am happy with the performance of the MSI A75MA-G55. The technologies behind the AMD A75 FCH (Hudson D3) chipset are still in their infancy, so we did manage to hit a few hiccups along the way. While I’m confident much of it will be addressed in future updates, only time will tell.

Among the hiccups was the Super Speed USB 3.0 performance. With the Sunbeamtech USB 3.0 enclosure that we have been using for our Super Speed USB 3.0 testing we were only seeing speeds of 35-40MB/s read and write speeds with the Crucial C300 SSD. We’ve used this enclosure to test nearly three dozen motherboards of the past year and not one of the other boards had any issues with this enclosure. The MSI A75MA-G55 takes advantage of the Super Speed USB 3.0 on the AMD A75 FCH (Hudson D3) chipset, while the ASUS F1A75-M Pro that we just recently looked at uses an ASMedia USB 3.0 controller as well as the AMD A75 FCH (Hudson D3) chipset. During our testing of the ASUS F1A75-M Pro we tested the ports controlled by the ASMedia controller. The ASMedia Controller presented us with no issues, though unfortunately we didn’t test the AMD A75 FCH (Hudson D3) chipset USB 3.0 ports on the ASUS F1A75-M Pro. We will be setting that APU motherboard board back up in the foreseeable future and we will take a look at that.

Another area that concerned me in my testing was the overclocking potential of the MSI A75MA-G55. Not necessarily because we were only able to hit ~3200MHz on our AMD A8-3850 APU, but we know this particular chip hits a wall at 3300MHz (bclk set to 114MHz) on other boards. The concern that I have is that MSI only is allowing us to increase the frequency on the A75MA-G55 to 131MHz. That will limit any potential overclock to a maximum of 131×29 or 3799MHz on an AMD A8-3850 APU. We have six more A8-3850 APU’s coming, so once we cherry pick a good retail chip we’ll re-visit overclocking this board and update the overclocking page.

Despite the issues mentioned above, the MSI A75MA-G55 proved to be a very solid board. I mentioned the issues with the Super Speed USB 3.0 above, though what I failed to mention was that an alternate USB 3.0 interface was also tested. To ensure that the AMD A75 FCH (Hudson D3) chipset USB 3.0 ports do function properly and that we didn’t get a bum board, we ran some tests with a Thermaltake BlacX 5G and an OCZ Vertex 3 SSD. Obviously because we are using a different USB 3.0 enclosure and SSD we couldn’t include the results in the charts, though you can find them below. 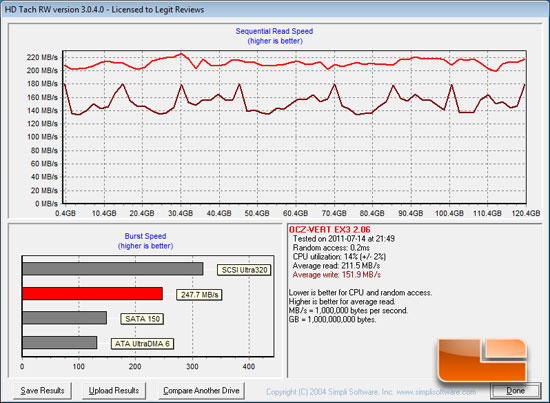 Looking at the numbers with the Themaltake BlacX 5g dock and the OCZ Vertex 3 SSD we can see that the MSI A75MA-G55 Super Speed 3.0 ports work just fine with this setup. In HD Tach we were able to pull out an average read of 211.5MB/s and an average write of 151.9MB/s. These numbers are significantly faster than the ones we saw in testing. With luck we will see an updated set of drivers from AMD that will address this issue.

Legit Bottom Line: If you are in the market for a solid motherboard for one of the new AMD APU systems, the MSI A75MA-G55 is a great one to consider! The MSI A75MA-G55 took everything we threw at it with a grin on its face!