Overclocking greatly varies due to what hardware is being used and who is doing the overclocking. Always remember that no two pieces of hardware will perform the same, so our results will differ from what you might be able to get. The AMD retail boxed CPU cooler was used for overclocking, so we’d expect this overclock to be easily reached by anyone! 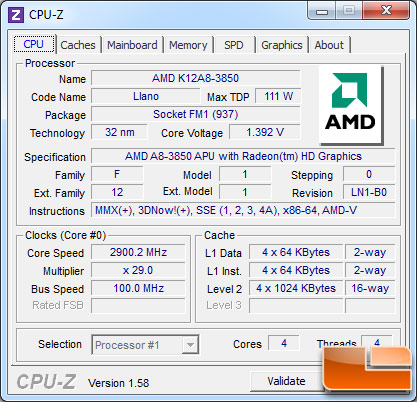 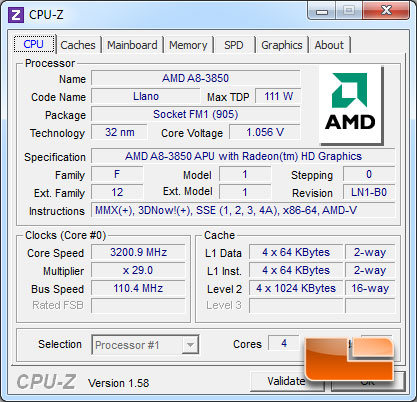 Taking our MSI A75MA-G55 into the BIOS we were able to enable the MSI OC Genie II. After the system rebooted we fired up CPUz 1.58 and found that our AMD A8-3850 APU had been overclocked to 110MHz for a final overclock of 3.2GHz. We did have to back the memory down to the 1333MHz multiplier before we could boot the system though. Though that’s more of our memory than the motherboard. After playing around for a few hours we found that this was also the highest overclock that we could achieve on the MSI A75MA-G55. We do know that the AMD A8-3850 that we used in this review doesn’t overclock much past this point. The best we have seen on this particular chip is a 114 bclk at a x29 multiplier. At this point we are CPU limited and we are working on getting past that with another chip. Unfortunately it didn’t arrive in time for this article. 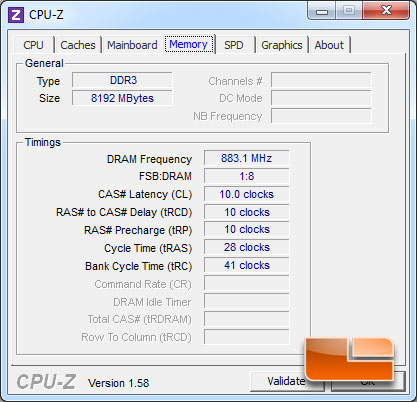 In order to squeeze a bit more performance out of the system, we wanted to see if we can use the 1600MHz memory multiplier. In order to hit some stability we had to loosen up the timings we were using from 9,9,9,24, to 10,10,10,28. Once we did this we were rock solid once again, this was just a quick fix and probably could have tightened a few of these timings back up and increased the voltage, but there’s only so much time in a day. 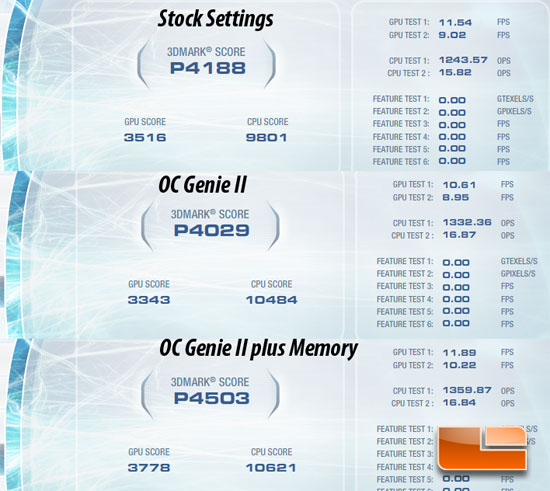 Looking at the results in 3DMark Vantage, we can see a steady trend. The faster the memory was the higher the score. When the Corsair Vengeance kit was running at 1600MHz, we hit an overall score of 4188. When we ran the lower memory multiplier and the OC Genie II, the CPU score went up, but our graphics score dropped down resulting in a lower overall score. Once we pushed the memory back to the 1600MHz multiplier, the memory was running at 1766MHz and the Bclk was increased, both sub-scores increased resulting in a higher overall score.

If you’d like to know more about memory performance we tested 1333MHz, 1600MHz and 1866MHz memory speeds on the AMD A8-3850 APU in a previous article that you can read here.