We were using a highly rated thermal interface compound on our big bad rig, Arctic
Cooling’s MX-4 Thermal paste, that has shown very good performance but could Maingear’s EPIC T1000 beat it? First we ran our PC at stock clocks and then ran Prime 95 on in-place large FFT’s mode to maximize heat. We also made sure our pumps and fans were running at 100% for consistency.
Arctic Cooling MX-4 Thermal Paste Performance: 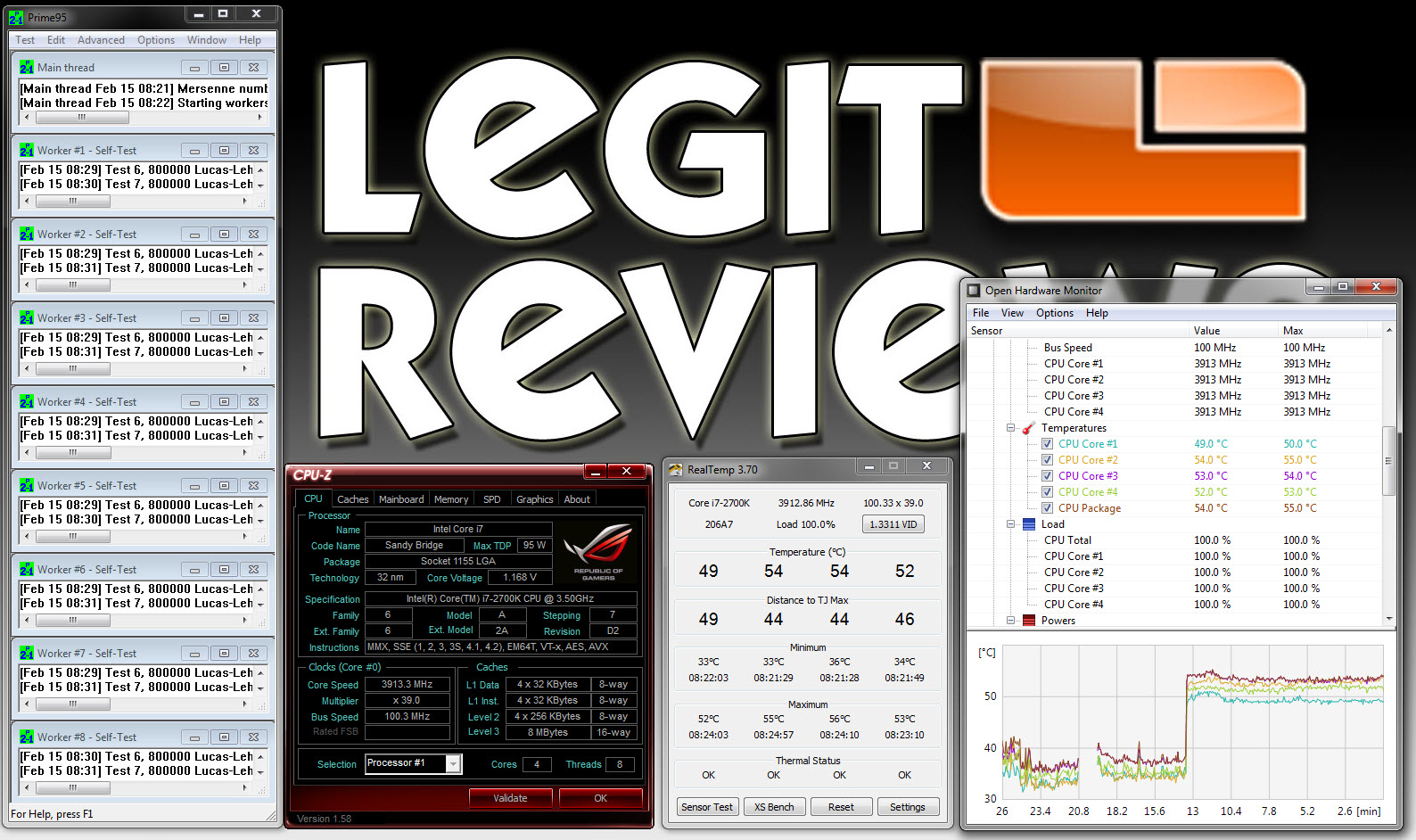 At stock clocks on the i7 2700k the Arctic Cooling MX-4 thermal paste turned in a very cool average of 52.25C across all four cores. This gave us 45.75C to MaxTJ of 98C. This is also with dual 360mm high end radiators so that performance is not surprising.
Maingear Epic T1000 Performance: 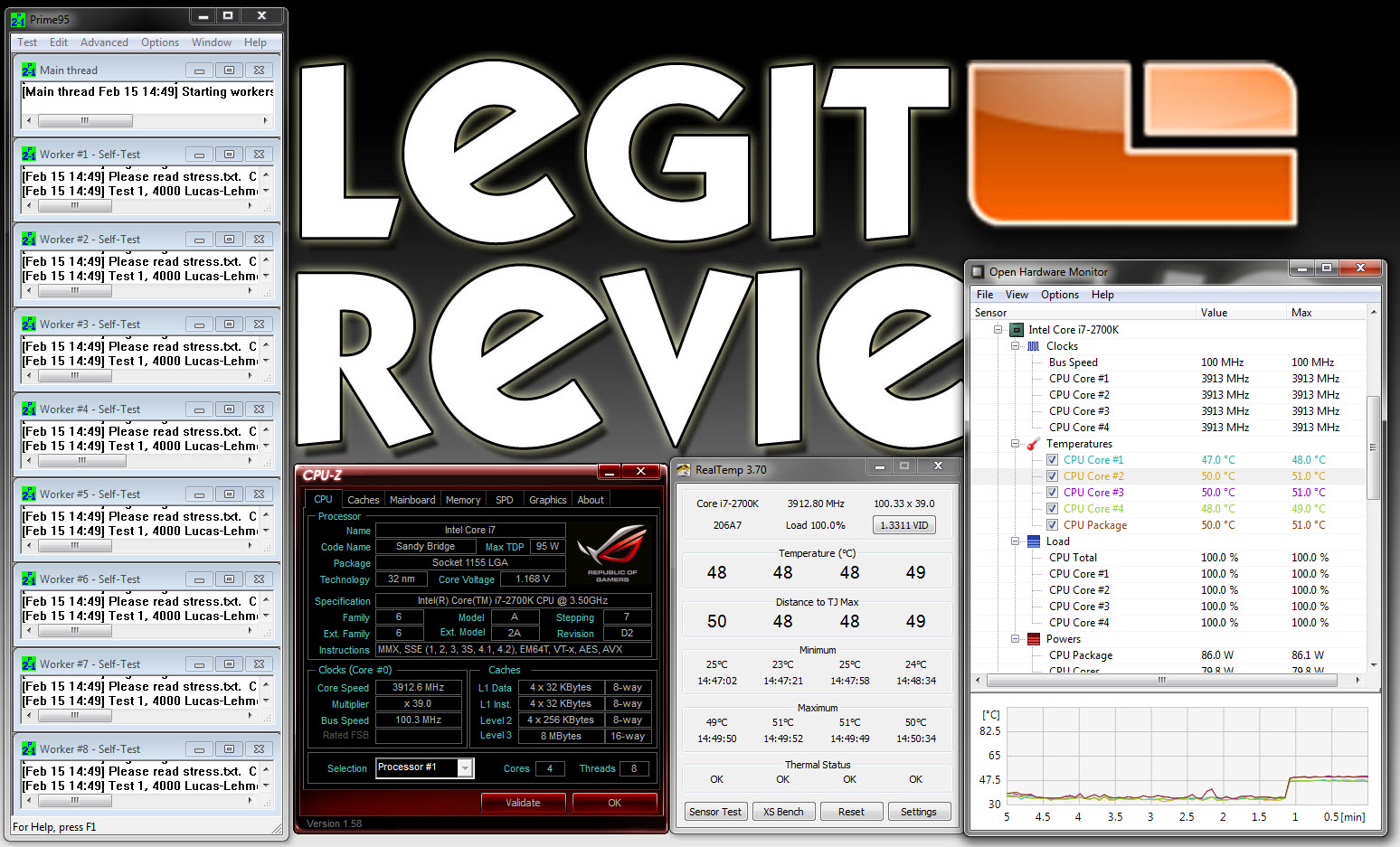 After installing and re-flowing the Maingear Epic T1000 we run the same test and our temperatures dropped to an average of 48.25C for a 4C or 8% improvement in thermal dissipation. Given how good MX-4 is this is extremely impressive performance.
MX-4 Performance 4.8GHz Overclock: 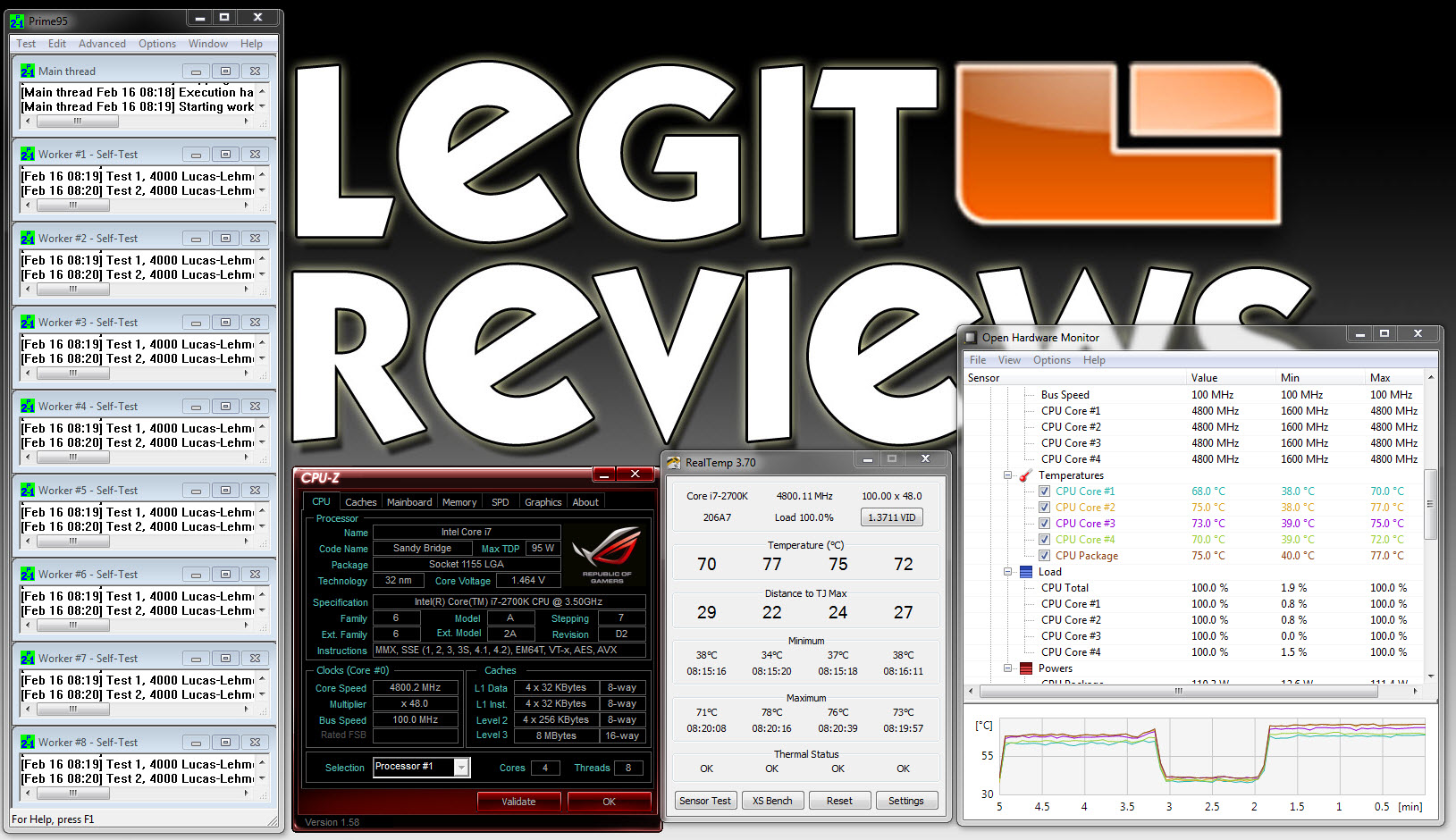 The performance at stock clocks was interesting even with the 3.9GHz clock speed from Intel’s turbo boost but now we are at a 4.8GHz overclock and the temperatures jump up considerably. Our CPU hits 73.5C average across all four cores but if we were on air cooling we would probably be hitting or very close to MaxTJ of this CPU.
Maingear EPIC T1000 Performance 4.8GHz Overclock: 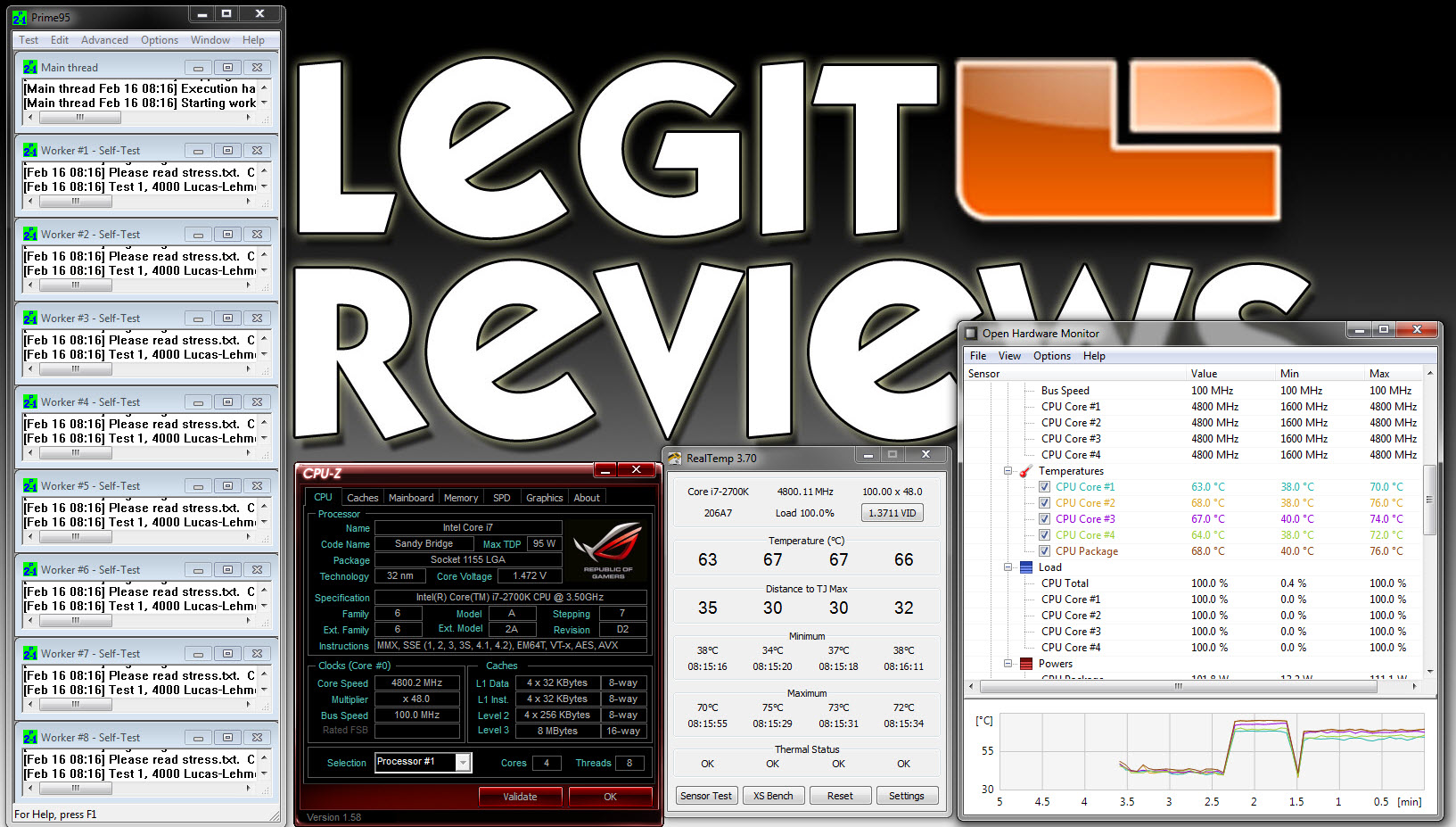 Running our system at 4.8GHz with Maingear’s EPIC T1000 Thermal Interface Solution gives us an average temperature of 65.75C which is an improvement of 7.75C for a massive 11% average gain in thermal dissipation. That is significant enough to be the difference between breaking the 5GHz barrier or not especially when you consider this is against a top TIM compound. We would expect much larger performance delta’s if you are using a budget TIM in your rig.
Questions or comments? View this thread in our forums!