The G900 Chaos Spectrum performed brilliantly during my testing – which consisted of several hours of gaming (mainly Prey), a bunch of general computing tasks including writing this article, and some more business oriented tasks using spreadsheets and such. This was on both my main PC, test bench, and my Surface Pro 4. It’s super handy to have configuration profile preferences stored onboard the G900 (up to 5 are possible) which eliminated the need for me to install the LGS software on every one of those devices. I simply plugged the transmitter into a USB port and away I went. Never did I experience tracking issues, any perceived wireless lag, or signal interruptions. A DPI range of 200-12,000 is plenty broad and I’m not sure who really needs anything beyond that. I find that somewhere around the 3,000 mark is where I find the best balance of speed and precision. The PMW3366 optical sensor works great and didn’t really care what surface I used. Technically, it can track at over 40G acceleration and speeds of 300 inches per second but if you’re mousing at those speeds you might be on fire. 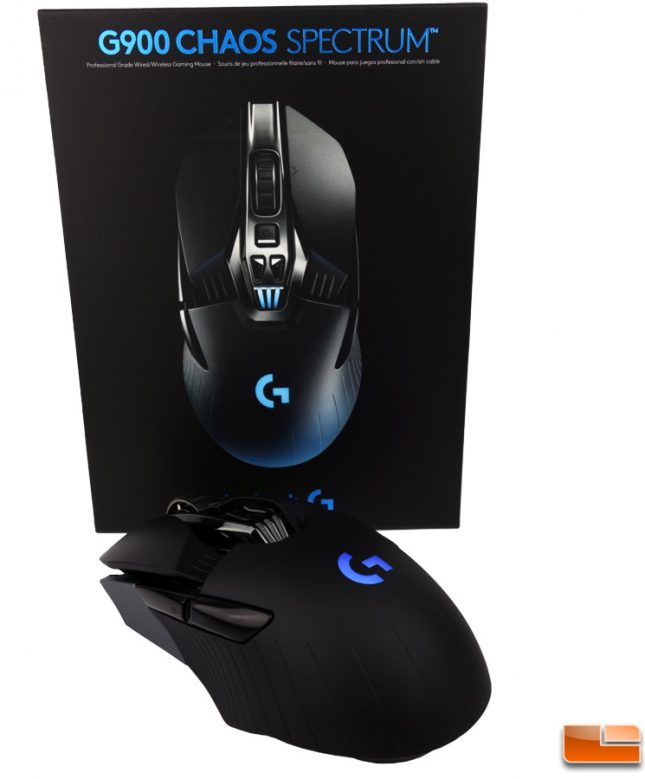 The RGB lighting, while being a secondary feature in my mind, works fabulously. As I found with the G Pro keyboard and mouse, the lighting is consistent, bright (adjustable), and has great color accuracy. It’s some of the best RGB lighting in those terms that I’ve seen. It nails the colors others seem to do poorly like orange and green. If you’re an RGB fiend, you might find the effects pattern variety a bit lacking – rainbow cycling and single color breathing are your choices, and the there’s really only the logo that’s lit full time if enabled. So, less bling than maybe some would prefer. 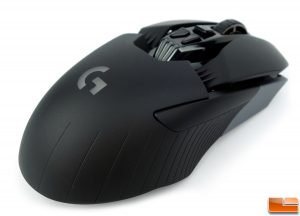 My biggest delight actually came with the scroll wheel. I’ve used a handful of the Logitech free-spinning hyper scroll wheel models such as the MX Master, Performance Mouse MX, and even the Proteous G502 over the years and while great mice overall, they each suffered from what I call “scroll drift”. When scrolling, even slightly, and stopping the scroll with your finger the screen will scroll drift a little bit past where you had stopped it or even backa few lines. This is a pretty widely held criticism for which I’ve yet to find a reliable solution because it’s not clear if it’s a hardware or software issue. It’s bothersome enough to me (yes, I’m picky) that I eventually quit using those mice or left it in click-scroll mode. As such I FULLY expected to find the same behavior on the G900 but much to my surprise and joy, I didn’t experience this even once. I tried to coax it, thinking maybe I just hadn’t noticed but nope, it worked perfectly. Hallelujah! The reason for the elation is that the free-spinning scroll is such a great tool for general/business computing to skim through large documents/spreadsheets though not so handy for gaming. So, to have it work flawlessly on a mouse also optimized for gaming means it can serve dual roles effortlessly as a single click of a button toggles back and forth.

Gamers tend to shy away from wireless mice due to real/perceived lag or interference issues. Logitech did extensive testing in this area and worked diligently to make sure that these concerns are a thing of the past. Between the high signal strength and consistency of range regardless of direction, a strong and reliable connection should still be there. I walked a good 20 feet away and put various objects including a running laptop, an iPad and even a wall in between and the signal was never blocked nor appeared to be impacted. Battery life is always a question when it comes to wireless mice and this is no exception. In the configuration I used, the software predicted 25 hours of use from the charge. Using it quite a bit for an entire week (I didn’t track the actual time) without charging, the software said I still had six hours of use left and after plugging it in a coming back two hours later it was fully charged again so re-charge times are very good. The mouse sleeps when inactive (the inactive period was not disclosed) so saves battery life when not in use. I never had any issues or noticed any delays when waking it up sp all in all a good experience. A dock would be a little quicker to use for recharding but takes up space on the desk and usually needs a wall outlet so there are trade offs. 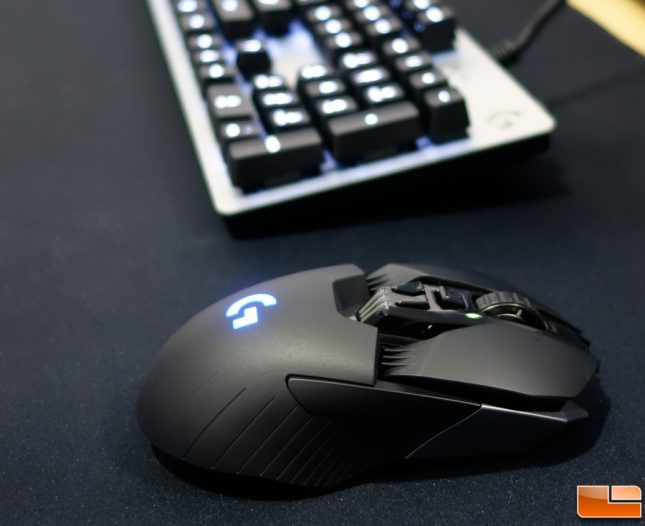 The build quality is excellent. Though made mostly of plastic, it doesn’t feel cheap and feels plenty stout. No hint of flexing when squeezed or leaned upon with pressure that it shouldn’t normally expect to endure. I’ve talked about the hyper scroll wheel and how well that works but the buttons are just as impressive. Using a spring tensioning system with a metal pivot bar means the left/right buttons deliver quality, consistent performance over time since they don’t rely on plastic deformation to serve as the spring mechanism. Such designs can weaken over time. Since the design of the mouse is not the typical single shell variety, Logitech was able to have multiple circuit boards situated such that the switches being activated are with the physical connection coming perpendicular to the switch to further refine the actuation. They are only rated for 20 million clicks, and I say “only” not that it’s a paltry amount, but many switches on the high-end models are pushing 50-70 million click ratings nowadays. Even so, it would take you nearly two years to reach that many clicks if you were clicking once per second for eight hours a day so the average user would probably be looking for a new mouse before the switches crap out. The new G903 ups it to 50 million so if longevity is a key concern in that respect it’s taken care of. Click latency is reportedly super low as well but when it comes to fractions of seconds of difference, I’m going to have to take their word for it. No way I’m going to be able to perceive the difference, though computers can, and eSports gamers who have money and careers on the line will take every millisecond advantage they can get. The fact that you can configure it for both right and left-handed users is great and even better so when you find how comfortable the mouse is given that it’s agnostic to which hand is using it. The symmetrical shape was surprisingly easy to grip comfortably. 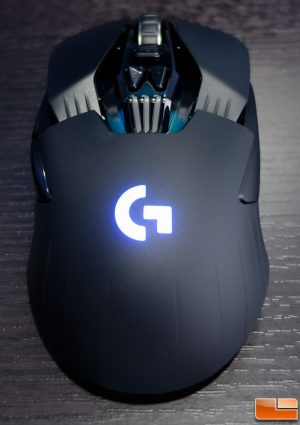 At the outset of the article I posed the question about if the $150 MSRP price tag was worth it and in a word – yes. Especially that now it can be found for just over $100. However, that’s very subjective and dependent on your needs and use intentions. If you’re a demanding gamer that wants high performance, software customization, lag-free wireless connectivity, versatility, and can afford the luxury then I honestly don’t think you can find a better product – especially if you are left-handed. However, if you want a ton of buttons, hardware customization (weight or shape), are indifferent about wired vs wireless, and are on a budget then you’re probably better served finding one of the myriad of budget mice out there that fit those needs. I had remarked on the Logitech G Pro Gaming Mouse review that while a great mouse, it would never be my daily driver because it was too gaming focused and didn’t carry many of the features I liked for general computing. The G900 does and will now be my daily use mouse regardless of application which says a lot if you could see the drawer of mice I have sitting here including Logitech’s own Proteus Spectrum. Honestly, I can say I have zero complaints about this mouse and even though this is aimed at gamers, this is probably the best all-around mouse I’ve ever used to date – though the G903 was just released so maybe it can get better?

Legit Bottom Line: If you want the best in gaming mice and are willing to pay for it, the G900 Chaos Spectrum is going to make you a very happy. If you are less of a gamer and will use it for work and some gaming, you’ll be equally as happy. If you are left-handed, what are you even waiting for?