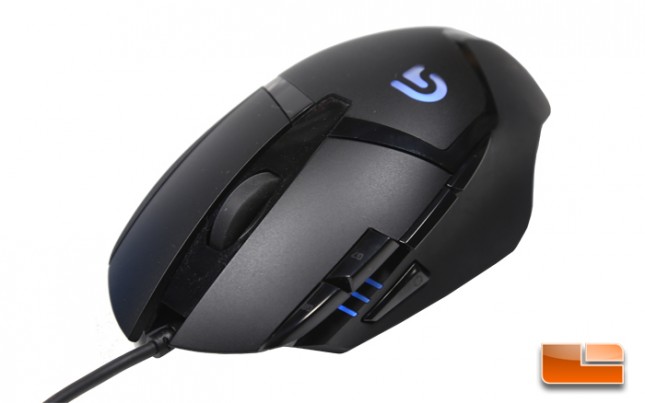 I expected using the G402 Hyperion Fury would be a similar experience to using the G502 Proteus Core. It was not to be. All was well during casual use, office work, RPG games, and shooter games, until when DOTA 2 was fired as part of RTS game testing was when I “hurt” myself using this mouse. 20 minutes into the first test match, I found my middle finger getting tired from clicking the right mouse button repeated at a rate of over 150 times a minute. I gripped harder with my ring finger and pinkie, digging those fingers on the left edge of the mouse. By the end of that 40 minute match, I had zero kills and three tired fingers, but my teammates managed to carry me to victory.

Over the next few days, I changed my grip and clicked closer to the sweet spot on the right button. Further testing with more matches of DOTA 2 and League of Legends saw no repeats of a sore and tired middle finger, but my pinkie remains sore due to the lack of pinkie support on the mouse. Still, the G402 is least suited for games that require fast clicking on the right mouse button. Logitech labels the G402 as a mouse suited for shooters and by that extension nearly any game with first-person or third-person view. It does so magnificently by allowing the whole arm, wrist, hand, and fingers down to their tips to control the mouse. However, it is the lack of underlying pinkie support and skinny ergonomic shape that limit the comfort this claw grip design provides most notably with some of the most popular fast-paced strategy games out there. 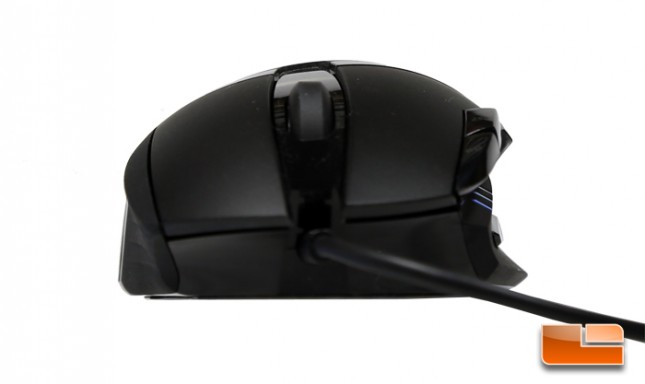 The G400s, G400, and MX518, all of which are essentially the same mice, have been regarded by some as the perfect gaming mice of all time and have been frequently characterized as affordable, durable, and comfortable. You mileage may vary, but I prefer the older mouse shape even if it means giving up on more software features, another thumb button, lights, and onboard profile storage. I’d love for Logitech to continue that mouse lineage, but for now those characteristic circular and ovoid shapes have given way to the aggressive angles and edges found on the G402 Hyperion Fury and by that extension, the G502 Proteus Core. 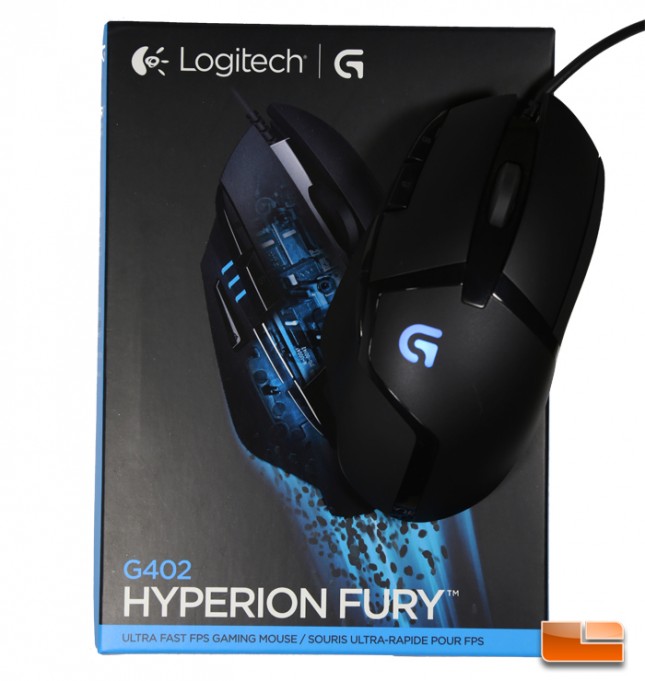 Ultimately, the G402 Hyperion Fury is not a bad mouse, but it’s not an entirely convincing one either. The ergonomic design as mentioned is best suited for shooters, but as noted is problematic with games that require fast repetitive clicking. The Fusion Engine accelerometer is useless to most gamers since the mouse would have to be moved inhumanely fast for that feature to matter. The $59.99 price, though decently reasonable for the G402’s feature set, now leaves a gap in Logitech’s gaming mouse lineup at the $30-40 range where the MX 518 / G400 used to occupy. The G402 still deserves a recommendation for the gamers this mouse was designed in mind for, something similarly stated in the Mad Catz R.A.T. T.E. review. Unfortunately, the G402 fell short of high expectations.

Legit Bottom Line: The G402 Hyperion Fury has a completely different and less forgiving ergonomic design compared to the G400s it succeeds. Barring the over-marketing, the G402 is a passable gaming mouse with great features.