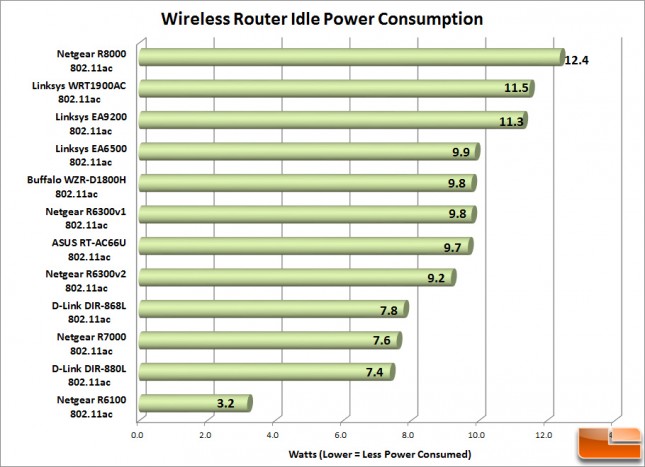 Benchmark Results: Evaluating the New Generation of 802.11ac wireless routers, we see that most of the routers in our suite are fairly power hungry. The Linksys EA9200 is no different measuring 11.3 Watts making it the third highest power user. 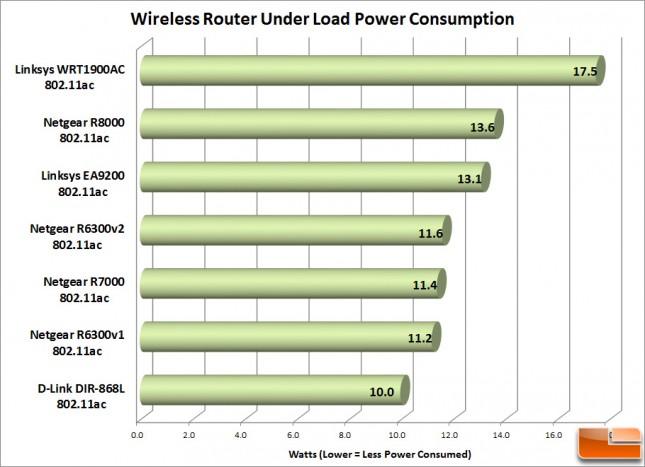 Benchmark Results: Under load, the Linksys EA9200 uses 13.1 Watts of power placing near the top of our list. This really isnt surprising since the router has 3 radios and multiple antennas.