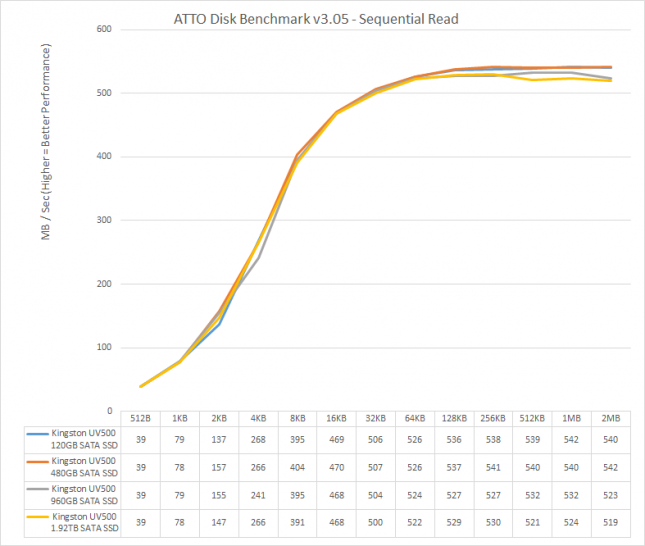 Benchmark Results: Kingston rates that all of the UV500 series of SATA III SSDs will reach up to 520 MB/s on sequential reads. We were able to hit at least 530 MB/s on the four Kingston UV500 drives that we have and the performance curve was pretty normal looking.  It’s always good to exceed the manufactures specifications when it comes to speed! 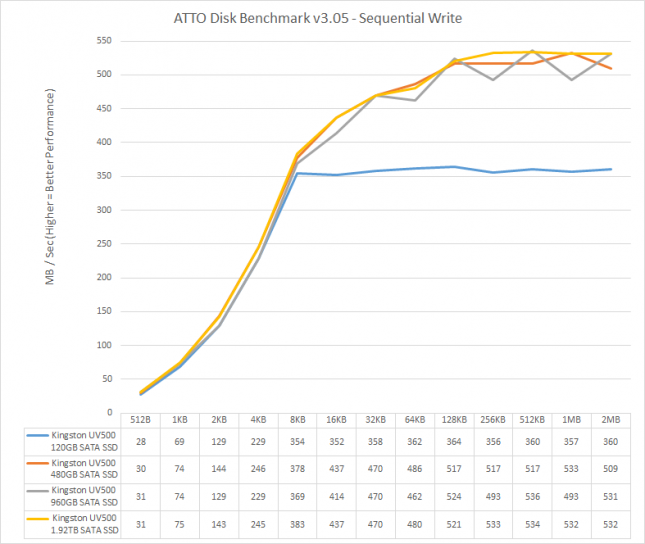 Benchmark Results: When it comes to sequential write performance the UV500 120GB is rated at 320 MB/s and the other capacities are rated at up to 500 MB/s. We were able to get the UV500 120GB drive up over 360MB/s and the other drives easily topped the 500 MB/s mark. The sequential performance of the drives was particularly choppy on the UV500 960GB drive for some reason. We changed SATA III cables and SATA III ports on the ASUS Z370 motherboard that we use for testing and the results remained the same. We shared our results with Kingston and they are looking into our test results with Marvell. 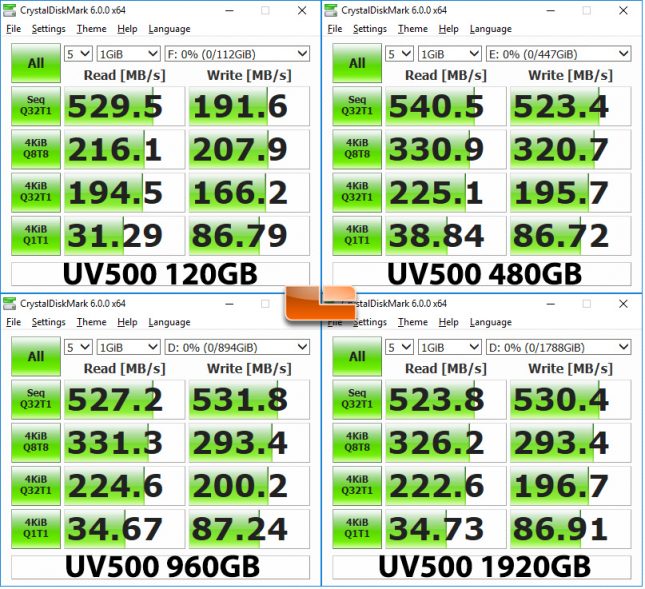 Benchmark Results: The Kingston UV500 series is rated at 520 MB/s read for all the capacities available and we were able to reach that on the Sequential Read test at Queue Depth (QD) 32. The UV500 120GB drive is rated at 320 MB/s write and the 240GB and larger drives are rated at 500 MB/s write. We were only able to hit 192 MB/s sequential write on the 120GB drive, but we were able to reach well beyond 500 MB/s on the other three capacities.