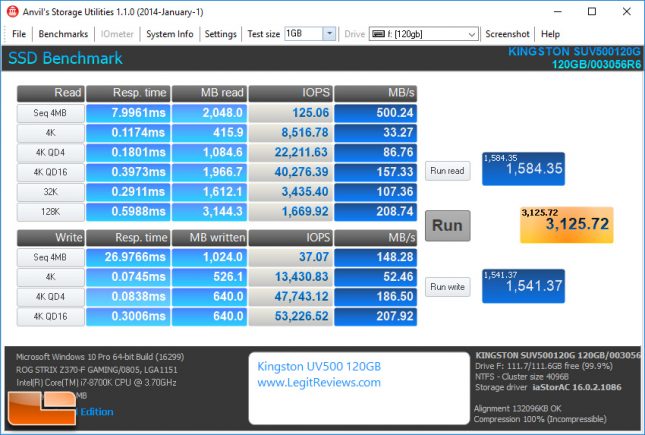 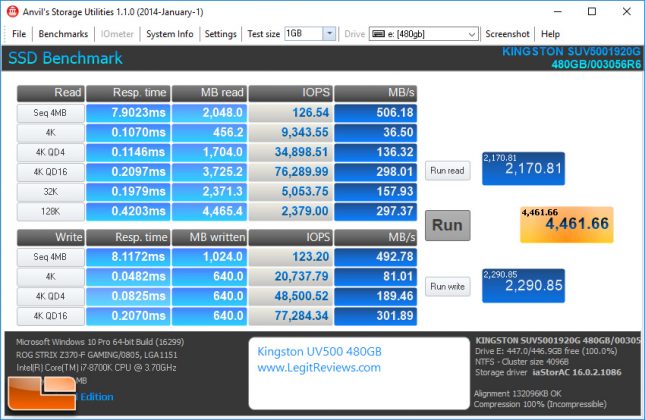 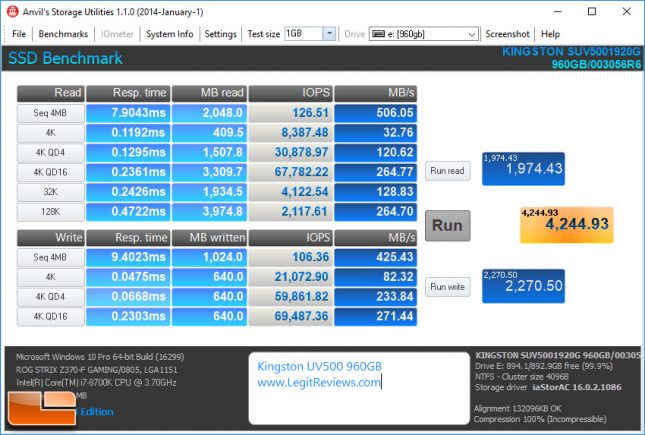 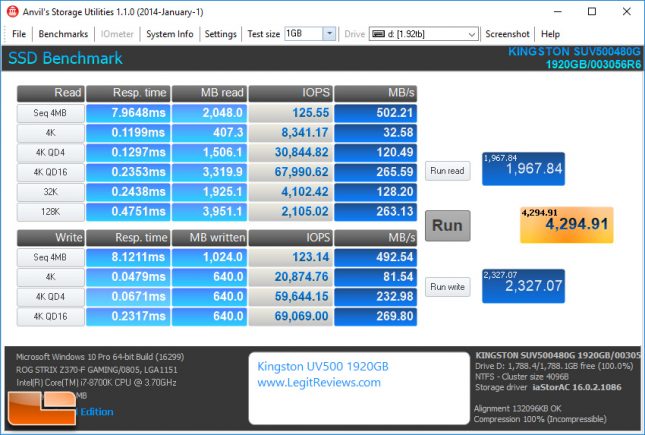 Benchmark Results: The Anvil SSD Benchmark showed that with 100% compression (incompressible data) has the UV500 120GB drive coming in at 3,125 points and then the larger 480GB, 960GB and 1920GB drives scored above 4,200. This is because the sequential and Random 4K write performance is better on the larger drives. The Kingston UV500 480GB drive had the best score and costs the least per GB, so it’s certainly looking like it’s be best bang for the buck in this series.