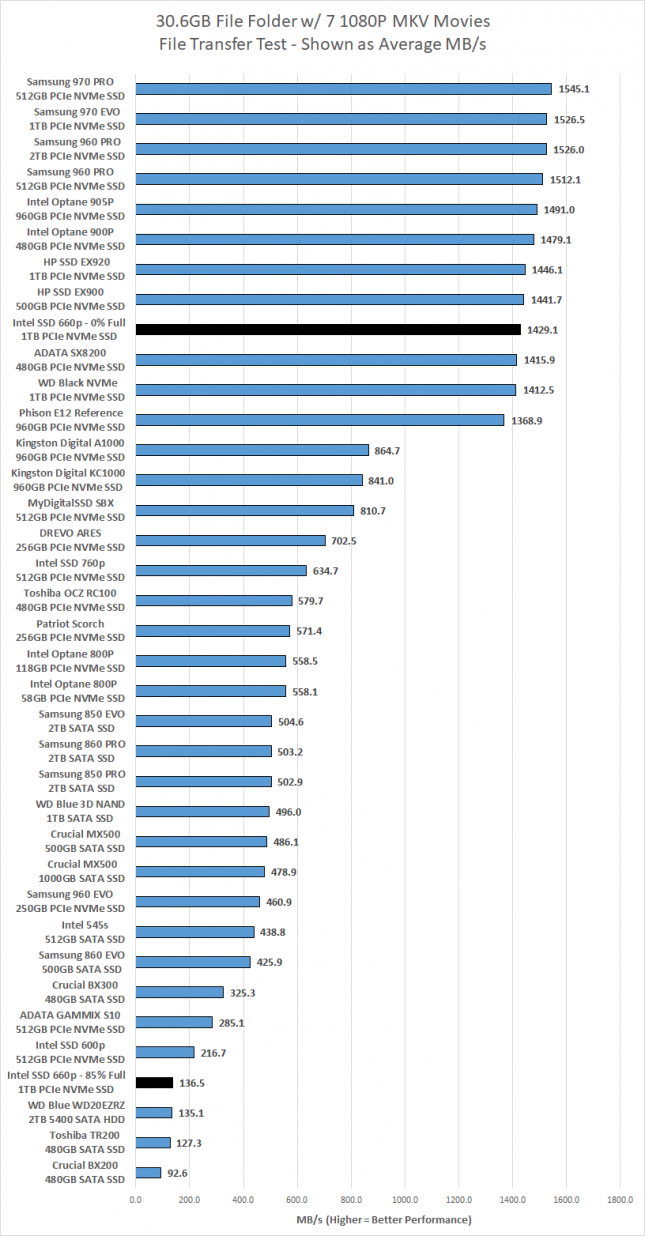 The Intel SSD 660p 1TB drive finished this file transfer test at 1429.1 MB/s with no data on the drive and when it was roughly 85% full it completed the transfer with an average speed of 136.5 MB/s.

To test game load times we use the Final Fantasy XIV: Stormblood Official Benchmark with the game resolution bumped up from the default setting to 1920×1080, which is the most widely used screen resolution by gamers. 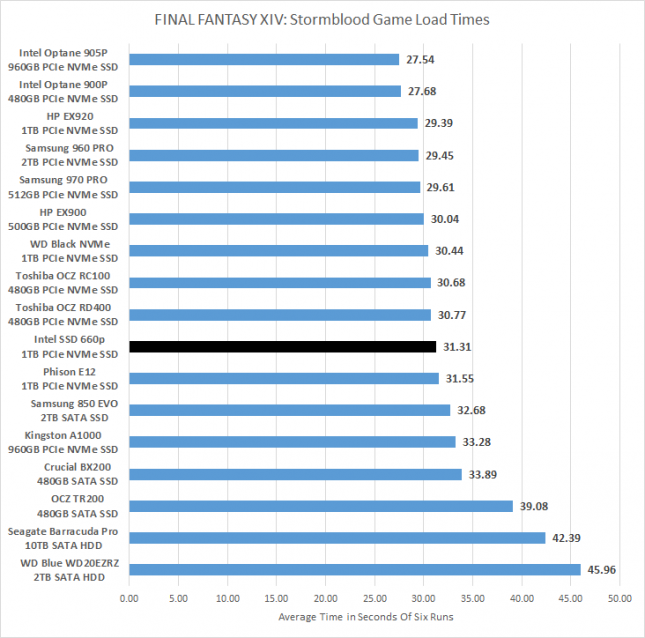 QLC NAND Flash is going to really bring entry-level SSD pricing down and increase the sales of larger capacity drives. We pleasantly surprised with the 660p with regards to game load times. It performed in the middle of the pack, but for the price that is impressive as it is right there in the mix with MLC and TLC NAND Flash based drives. The fastest non-Optane drive is still the HP EX920 1TB drive for $296.98 shipped, but the Intel 660p is less than 7% slower and roughly 33% less. QLC NAND Flash might be a big hit for gamers looking for affordable TB capacity drives.