The 660p has what Intel is calling a dynamic SLC-cache architecture. A portion of the drive has a static amount of SLC cache and then there is a larger portion of QLC NAND Flash that can be mapped for use as SLC. 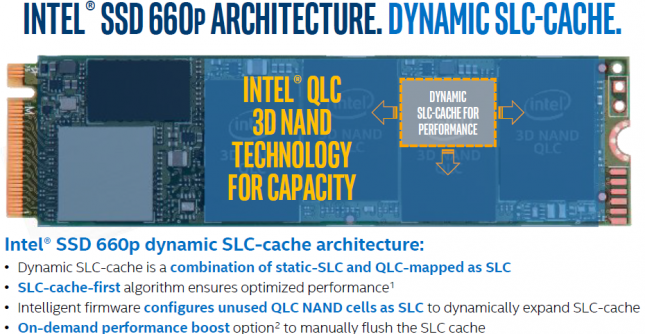 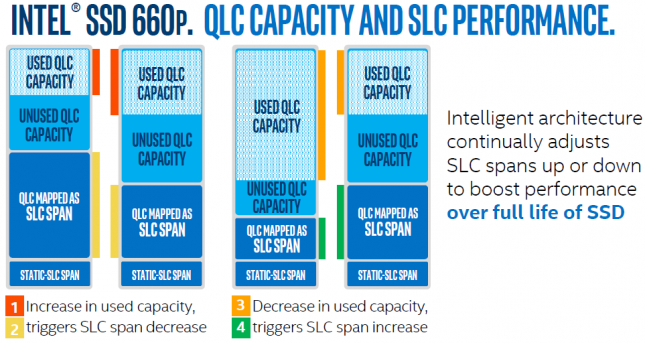 The amount of available SLC cache is also now tied to the overall size of the drive. This means that on an empty 660p 500GB drive there will be 76 GB available for SLC cache, but once the drive reaches 50% of the capacity being used that will drop to 41GB and then with over 75% usage the SLC-cache drops down to just 6GB. This is going to make reviewing drives interesting as the large sustained write operations will now be greatly impacted by how much data is on the drive and each capacity drive has a different amount of cache. 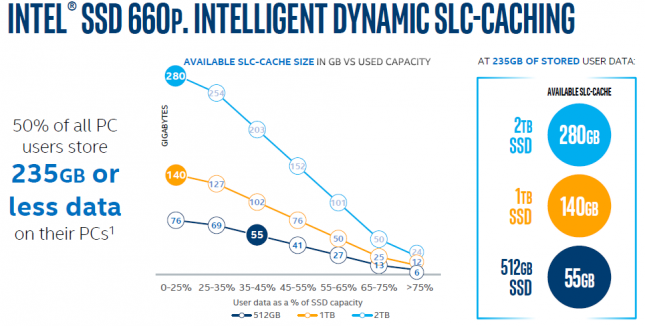 We have the 660p 1TB drive for testing, so when we test the drive with no performance data on it that means we have a massive 140GB SLC-cache when the drive is empty. Once you get over 75% of the drives free space filled up that drops to 12GB of SLC-cache. We figured we’d fire up IOMeter 1.1.0 and test the 660p with no data on the drive and then again with 80% of the drive filled up and see what happens. 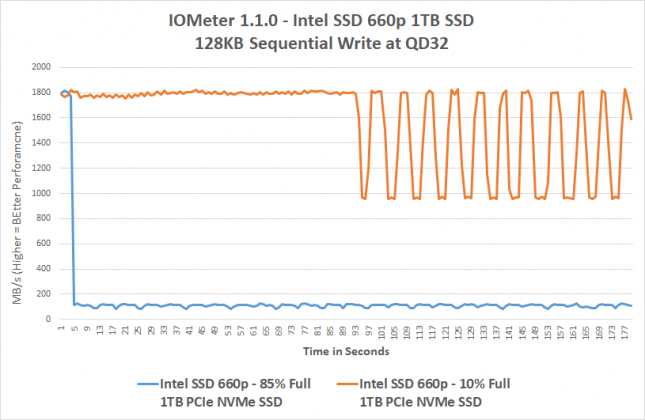 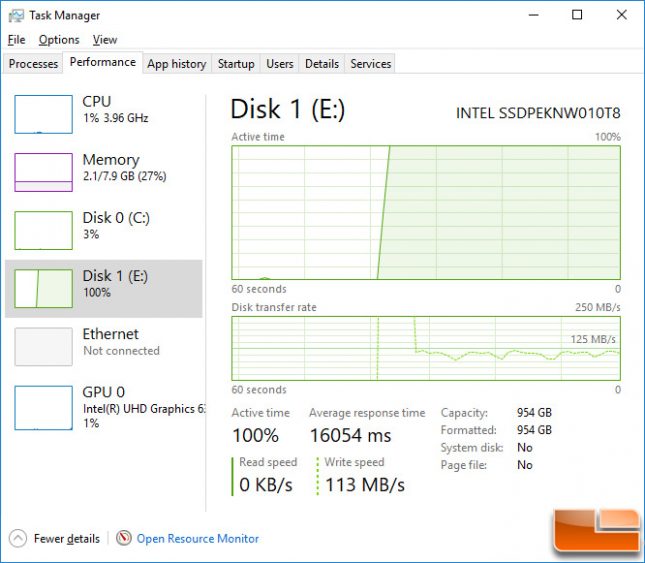 You can see this happen in task manager as well for those of you that want to try this out at home. That average response time in task manager during this test workload is pretty intense. 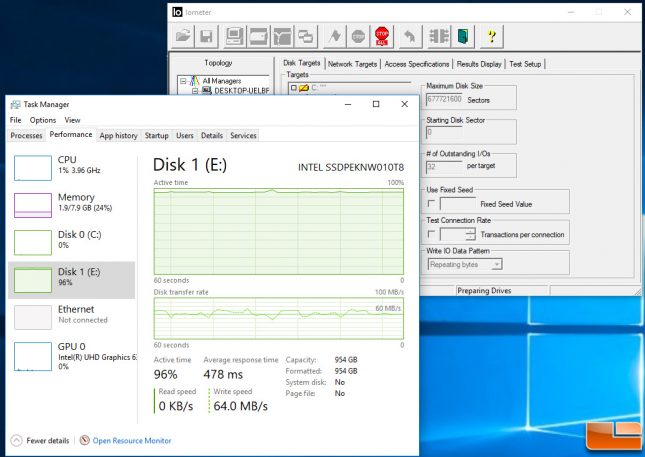 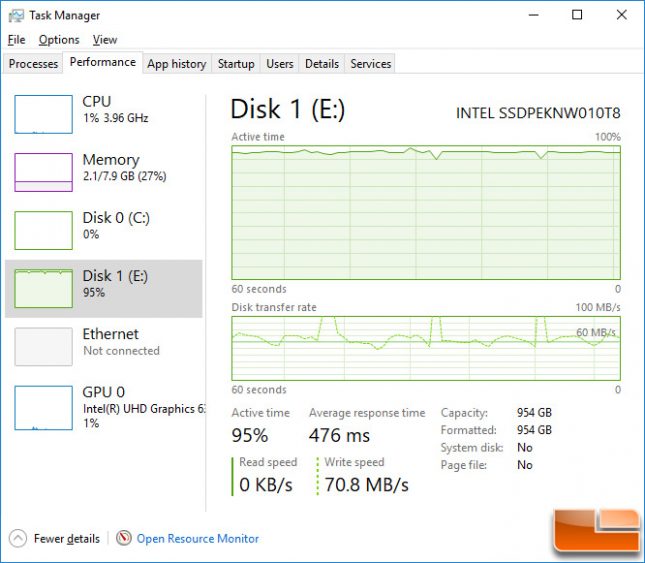 When we used IOMeter to fill the drive we noticed that performance was getting down in the 55-65 MB/s range. At times it looks like background operations were taking place as the performance was jumping around 50-100 MB/s. 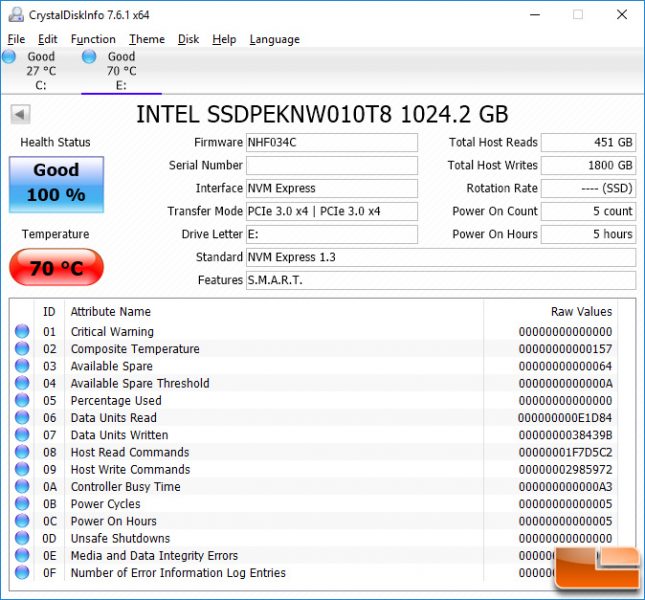 Temperatures on the 660p 1TB drive while filling it with 800 GB of data got pretty toasty as we hit 70C on our open air system. Most will likely never see temperatures this high as who really writes 800 GB data to a drive without breaks.

We like the new dynamic SLC-cache solution that Intel and SMI came up with for QLC NAND Flash based drives. QLC writes are most certainly slower than TLC or MLC writes when the cache fills up, but at least they are trying to ensure the most SLC-Cache is available.