Along with the move to a new platform, we decided to make a change in one of the benchmarks. There’s a relatively new benchmark called Anvil Storage Utilities that is in beta but close to production. It’s a very powerful tool that measures performance through a variety of tests which can be customized. Since some of the tests more or less duplicate what we get from other benchmarks we use already, we decided to use the IOPS (Input/Output Operations Per Second) testing on 4kb file sizes at a queue depth of 1, 2, 3, 4, 8, 16, and 32. IOPS performance is something SSD makers tout quite a bit but we generally don’t do a lot of IOPS testing because frankly a lot of users can’t relate to IOPS metrics as well and it tends to be more meaningful to the enterprise/server crowd. Still, it is another performance indicator with relevance and while some drives post good MB/s numbers, their IOPS scores aren’t always commensurate which this test will prove out. 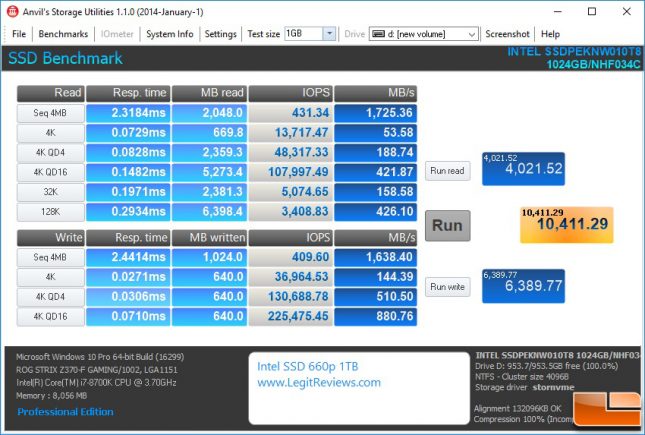 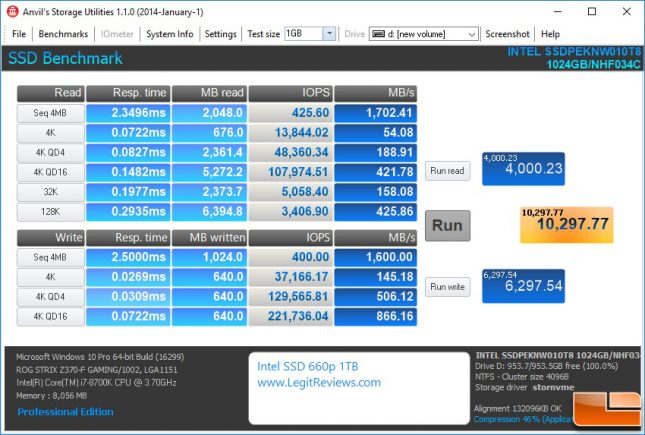 Benchmark Results: With the compression at 46% to help mimic real world applications better we found the overall score was slightly lower at 10,297.77 points. 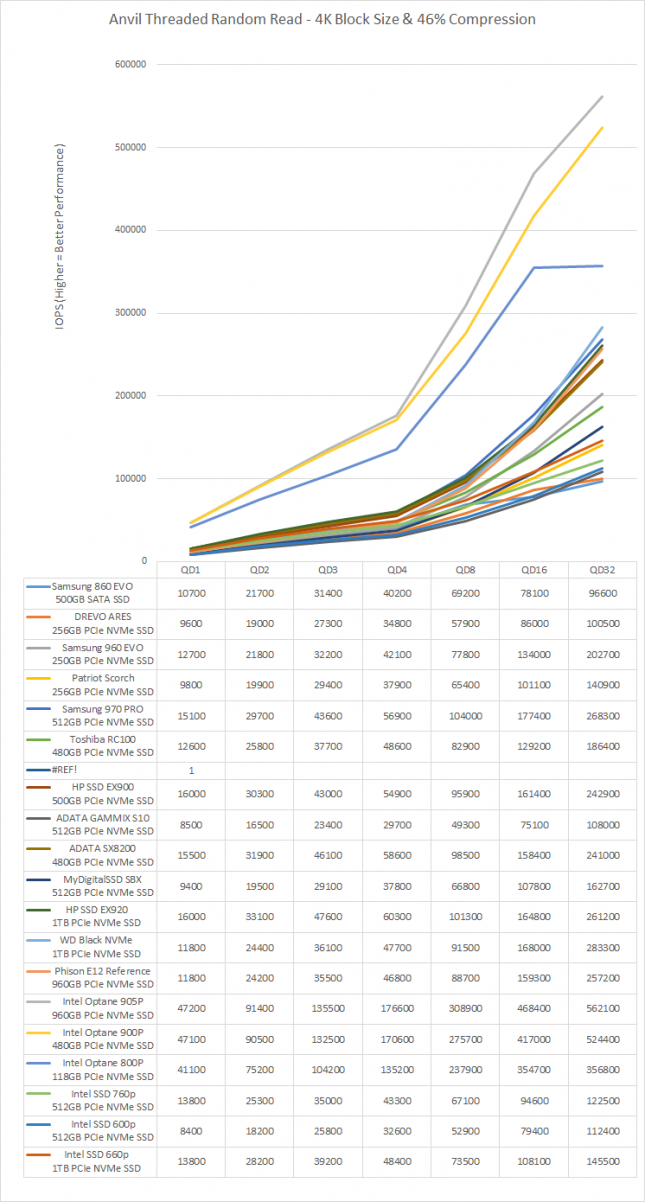 The low-queue depth performance for random reads is really good on the Intel SSD 660p 1TB drive at 13,800 IOPS in our testing. Only four NAND-based PCIe NVMe drives can beat that. 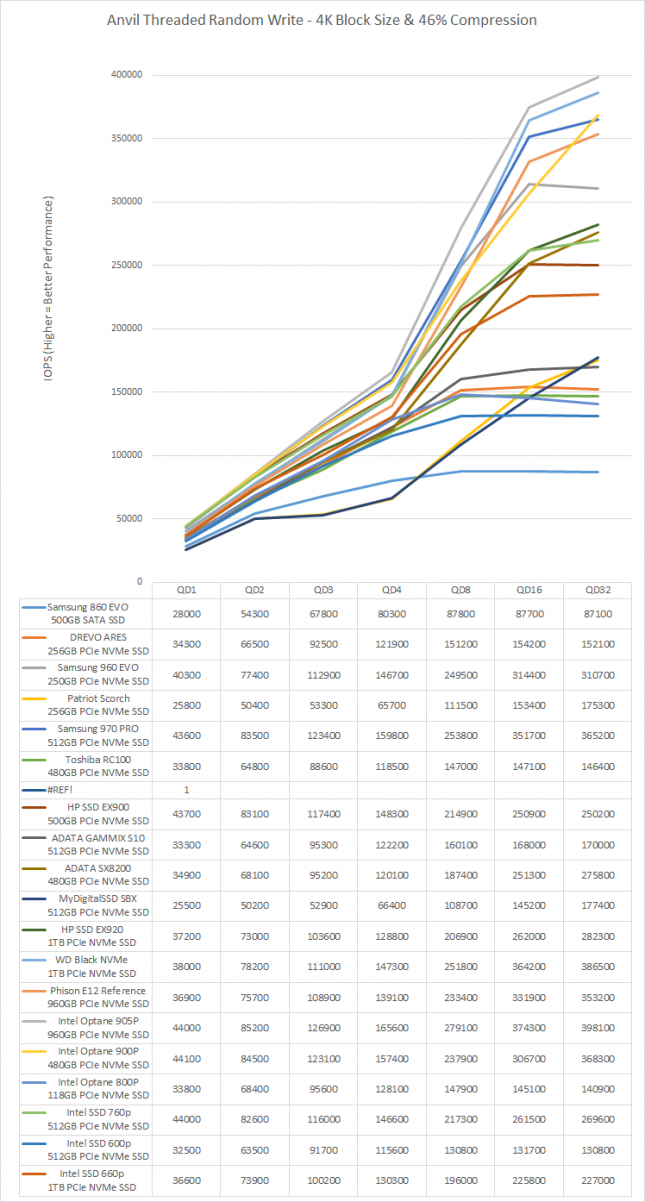