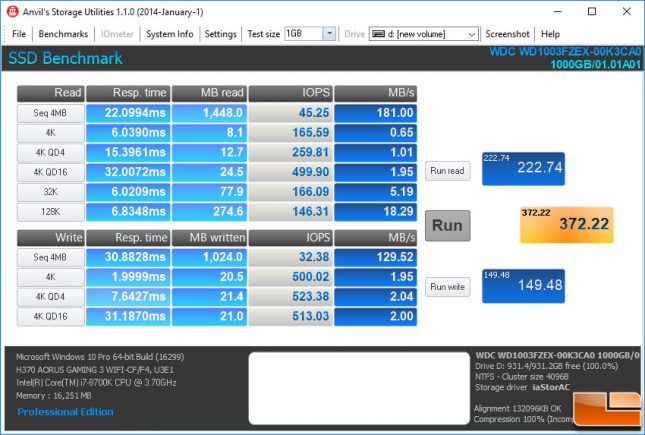 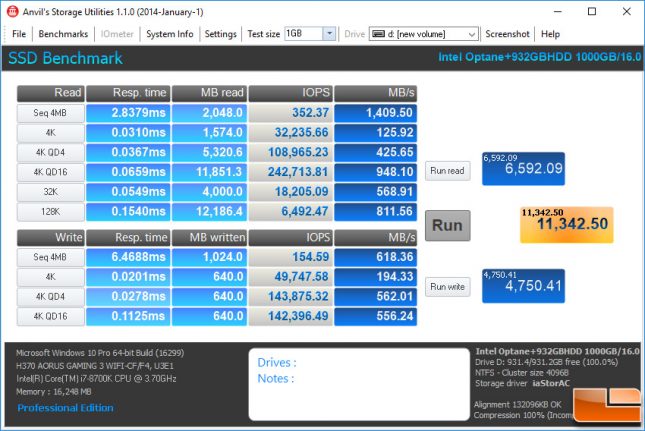 When it comes to Anvil benchmark results the WD Black 1TB hard drive by itself came in with an overall score of 372 points with sequential performance at 181 MB/s Read and 130 MB/s Write. When paired with the Intel Optane Memory 64GB Module we were able to improve the overall score to 11,342.50 and were getting 1410 MB/s Read and 618 MB/s Write. Night and day differences were seen in each test! Adding in an Intel Optane Memory Module will give you instant improvements to a secondary hard drive in a supported system. 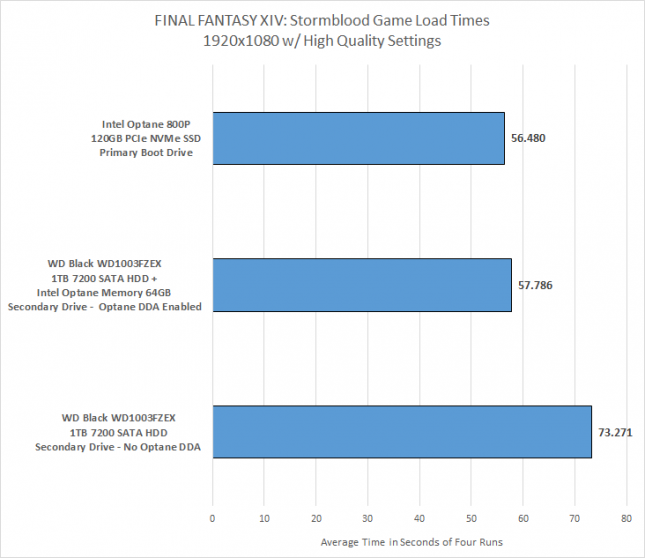 Next we took a look at game load times of FINAL FANTASY XIV: Stormblood by loading the 1920 x 1080 scene with the high quality preset. We averaged just over 73 seconds with the WD Black 1TB hard drive and we were able to drop that down to just under 58 seconds by adding Intel Optane Memory to the system. This is over a 20% improvement in game load times! When we ran the test off the Intel Optane 800P primary boot drive we got a slightly better time of 56.5 seconds, so Intel Optane memory was able to allow our storage drive to perform almost like an NVMe SSD when it came to game load times! 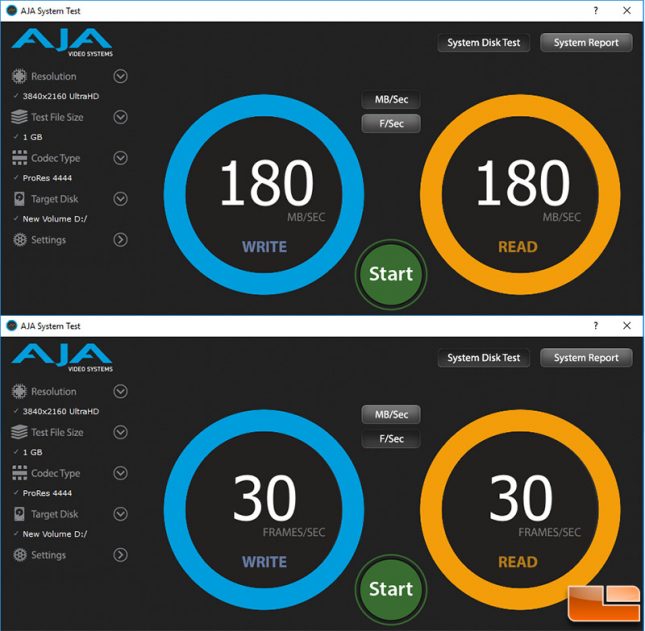 We’re introducing the AJA System Test by AJA Video Systems, which measures system disk performance using video test files of different resolutions, sizes and codecs. We selected the standard 4K UltraHD resolution, a test file size of 1GB and the ProRes 4444 codec to show how Intel Optane memory can impact video rendering performance. ProRes 4444 is used for heavy effects work and deep color projects. FPS is very important for this market as well as MB/s, so we’ll be talking about both FPS and MB/s performance here. The first lets the editor know whether they are going to be able to make their 60p project work for instance. The second they value for understanding rendering expectations, throughput, file read/write expectations for transfers and that kind of thing. The WD Black 1TB 7200 RPM hard drive results showed that it was capable of 30 frames per second with this 4K video test. 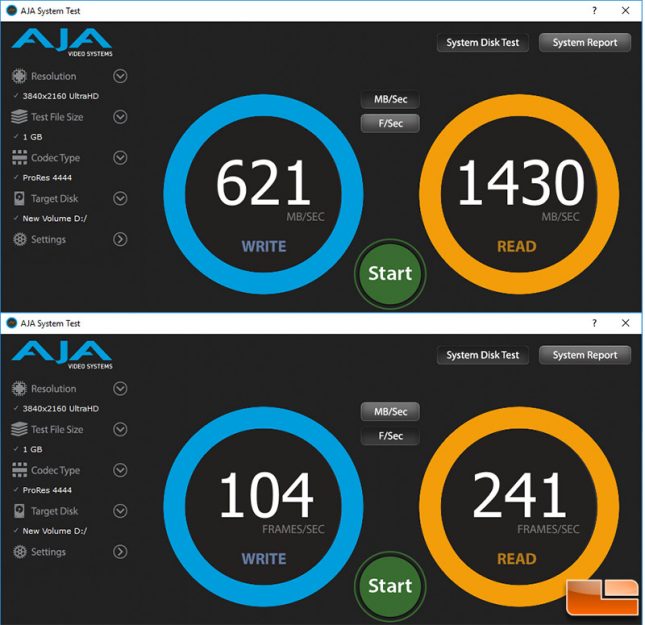 Enabling Intel Optane Memory allowed for rather huge performance increases as you can see above. We went from 30 FPS Read/Write to 241 FPS read and 104 FPS write, so we are seeing an 8x improvement on reads and just shy of a 3.5x improvement on writes. We took a spinning hard drive that might never be used for editing 4K and 5K content due to low speeds and made it into a usable disk with 1430 MB/s read and 621 MB/s write speeds!