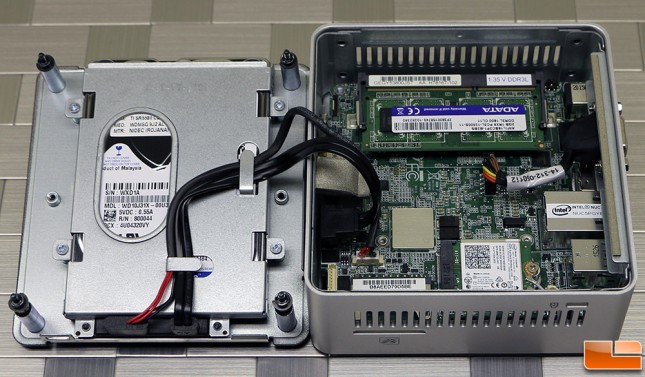 The Intel NUC NUC5PGYH is said to be very energy efficient, so we figured we’d take a look and see how much power the system uses. 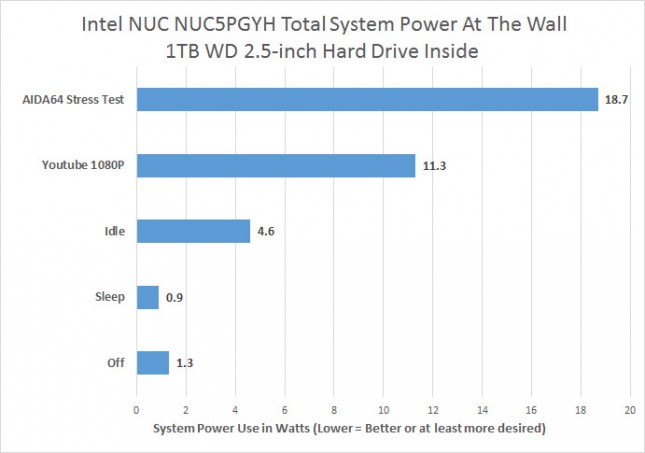 Our test setup included the Intel NUC NUC5PGYH w/2GB of RAM and 32GB of eMMC and a 1TB HDD running Windows 10 Home. We found the the entire system was consuming 4.6 Watts of power from the wall outlet at idle. When surfing the web we averaged about 8 Watts of power and when watching Youtube 1080P videos we averaged 11.3 Watts of power draw. When running the AIDA64 System Stability test the system power consumption topped out a 18.7 Watts. One interesting thing we noted is that when the system was sleeping that the power usage was just 0.9 Watts and when the entire system was turned off it was higher at 1.3 Watts. This is the first time we’ve ever seen a complete PC use more power when turned off than when left on in a sleep state! 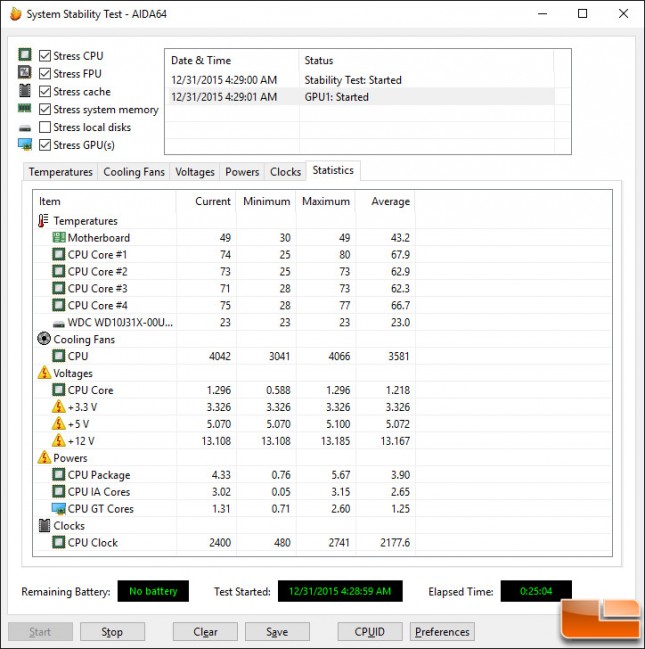 The only software that appeared to read the temperature correctly on this particular Bay Trail-M powered system was AIDA64. AIDA64 reported that the Intel Celeron N3050 processor idled at 0.588V with a core temperature of 25-28C. With the built-in AIDA64 stress test we found that we got up to 73-80C on the four CPU cores at 1.296V with the standard stress test with GPU included in our ~25 minute test.