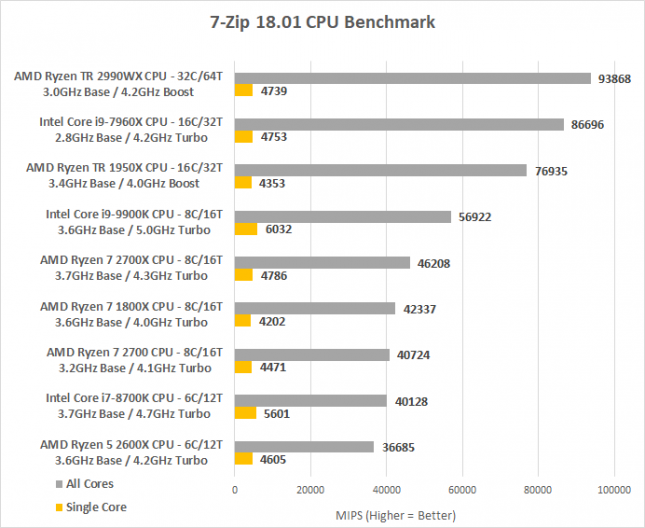 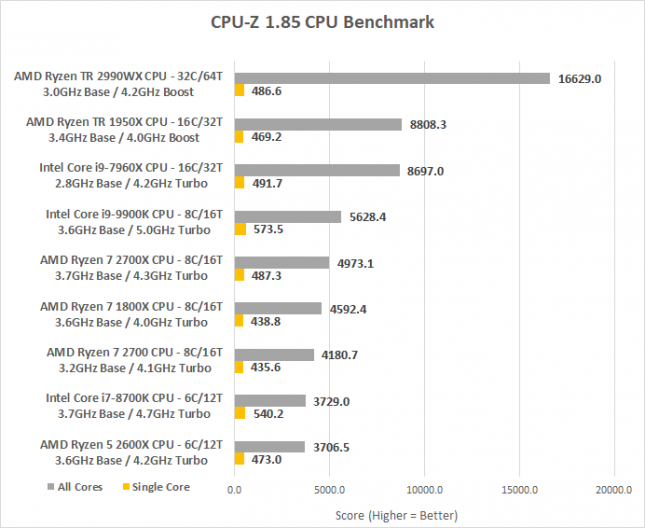 3DMark is a popular gaming performance benchmark that includes everything you need to benchmark your PC whether you’re gaming on a desktop PC, laptop, notebook, or a tablet. 3DMark includes seven benchmark tests and we’ll be running ‘Fire Strike’ that is the most popular one to run. 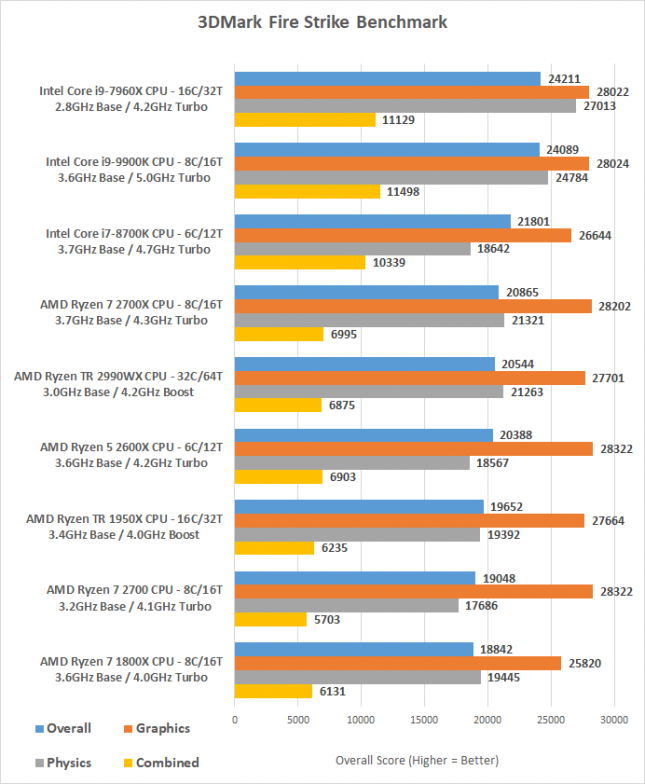 Fire Strike Benchmarks Results Summary: When it comes to 3DMark Fire Strike, the 9900K had the highest overall score of anything we have tested. Oddly enough, the graphics score was higher on the AMD Ryzen 7 2700X and Ryzen 7 2700 processors. The 9900K dominated in the combined workload test though and that helped give it the win in the overall test. 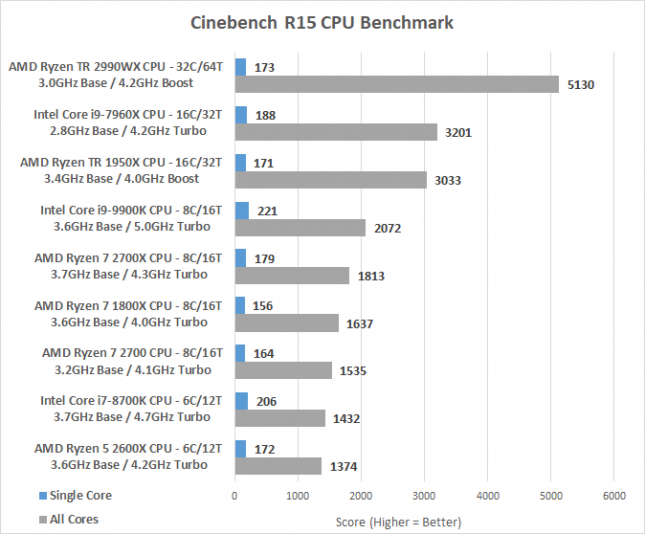 Cinebench Benchmarks Results Summary: The Intel Core i9-9900K turned in an impressive score of 2072 in the multi-CPU benchmark and 221 in the single-core benchmark. This is 14% faster than the Ryzen 7 2700X on the all core CPU test.