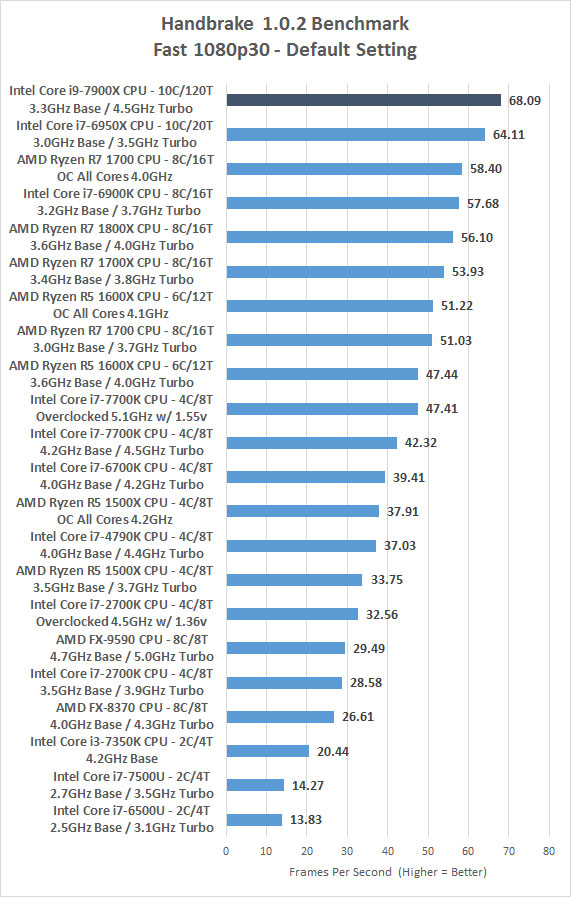 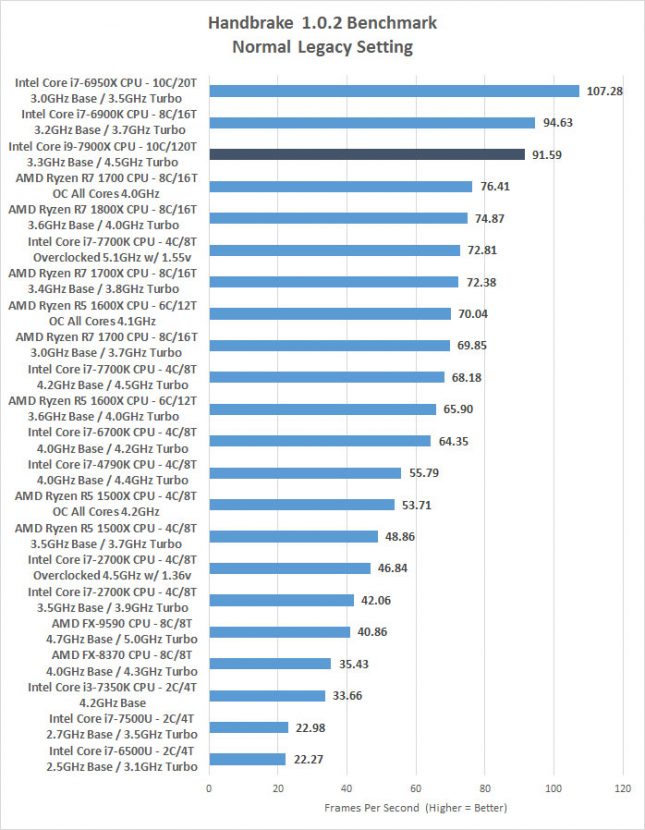 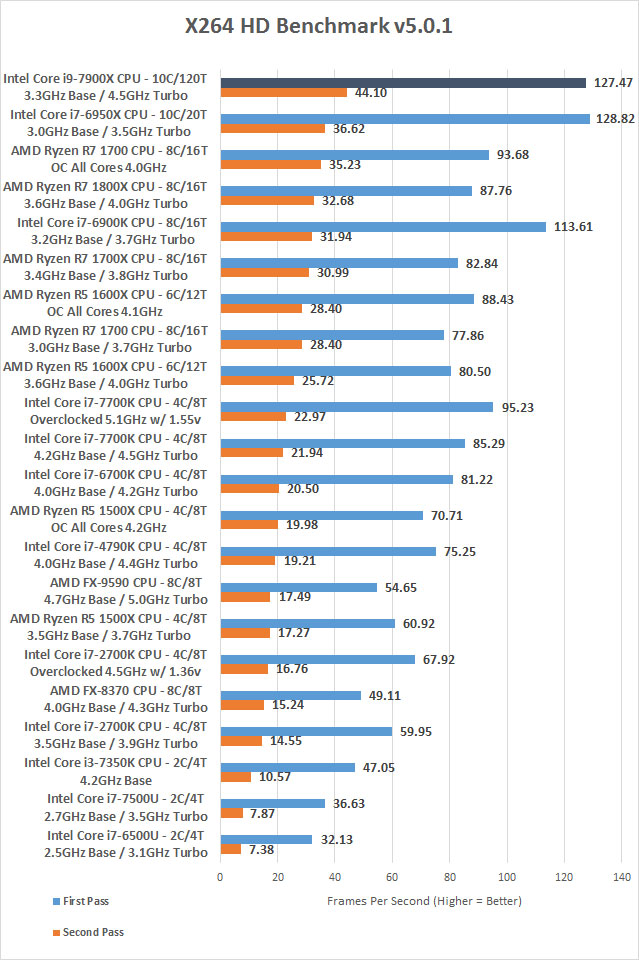 Media Encoding Benchmark Results Summary: Our media tests showed that the Intel Core i9-7900X is a force to be reckoned with and bested the Core i7-6950X at times. It really depends on what settings you are using in Handbrake as the CPU load varies greatly on the profile that is being used. In X264 the 7900X dominated the 6950X and was an impressive 20% faster on the second pass! 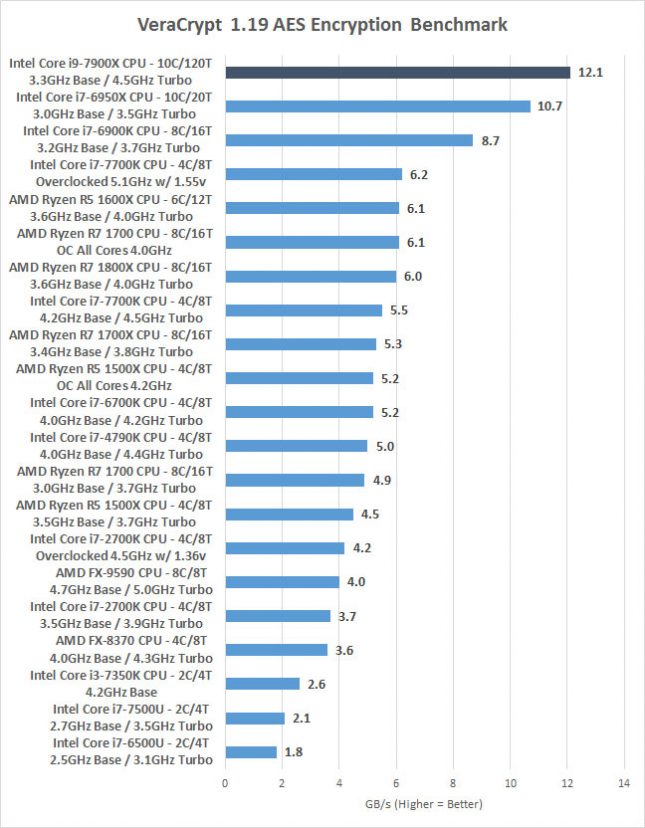 Encryption Benchmark Results Summary: If encryption is something you do, you’ll find having more cores and threads to be very beneficial as you can see from the results above. The higher core clock frequency on the Intel Core i9-7900X give this new processor a good lead over the Intel Core i7-6950X.