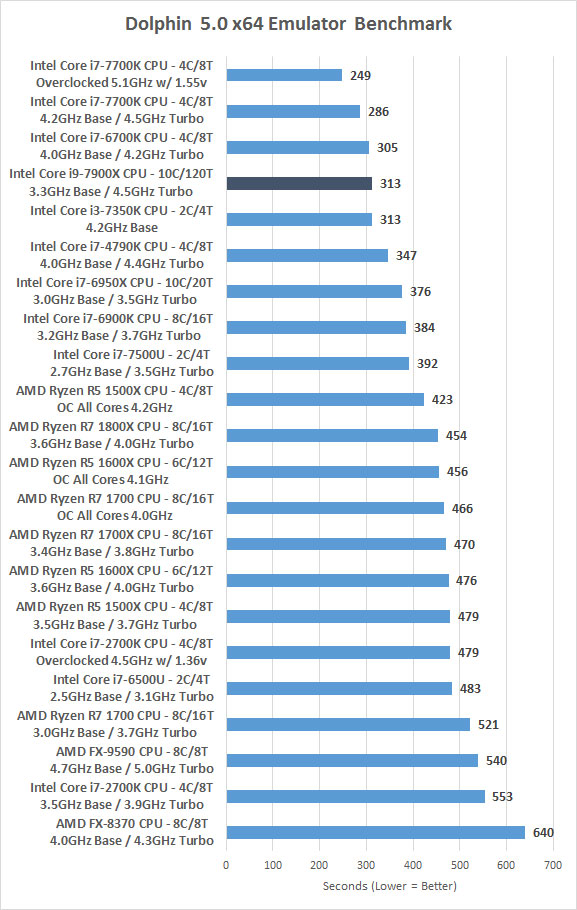 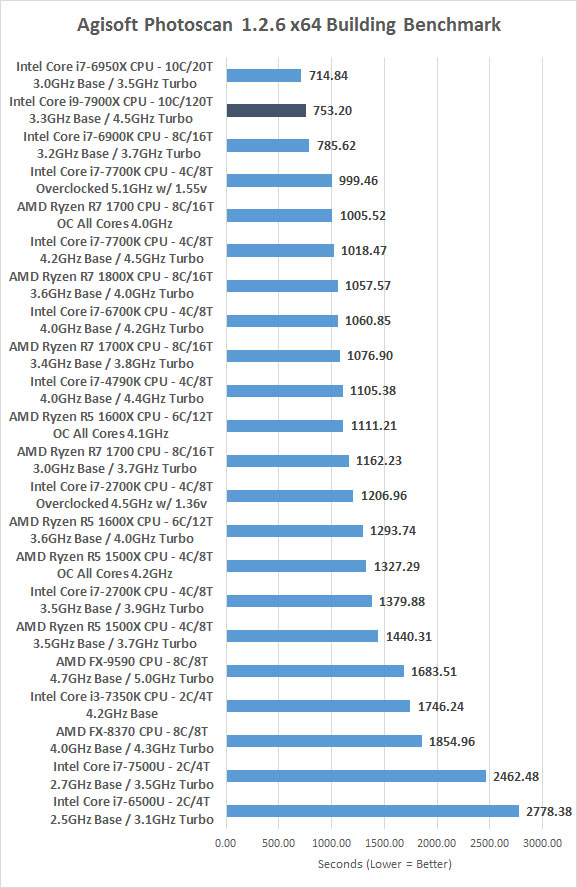 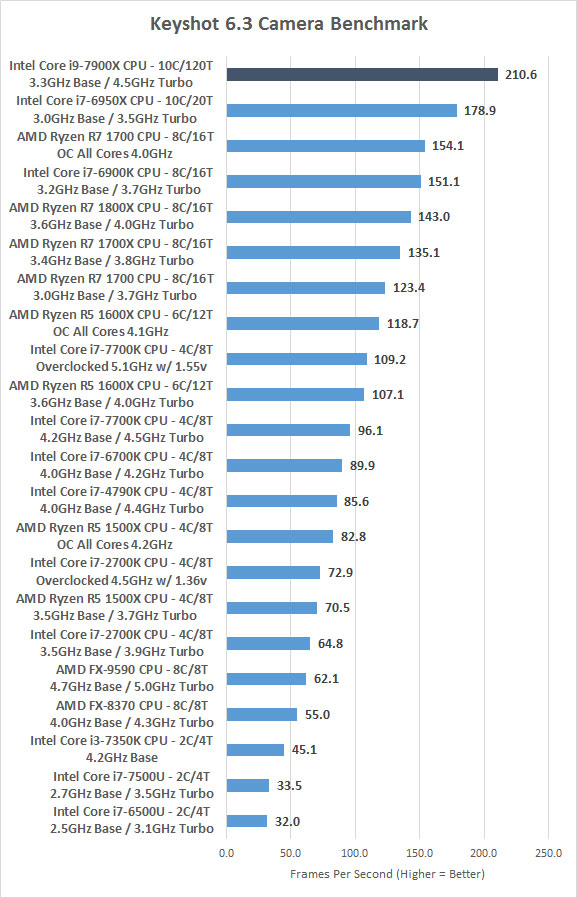 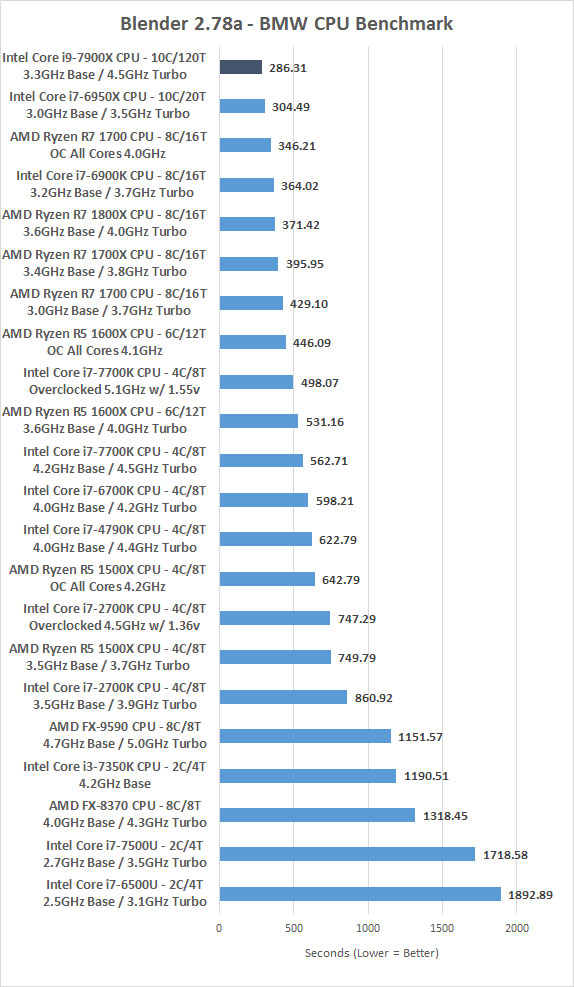 Real World Benchmark Results Summary: When it comes to our ‘real world’ benchmark tests we found the Intel Core i9-7900X had some mixed results. It dominated our Blender and Keyshot benchmarks, but fell short of the Core i7-6950X in Photoscan. The Dolphin emulator benchmark is very lightly threaded and core clock plays a huge roll in that benchmark, so it isn’t a big surprise that the 7900X didn’t take the lead in that scenario. That said, the 7900X shaved more than a minute off the time of the 6950X in Dolphin!