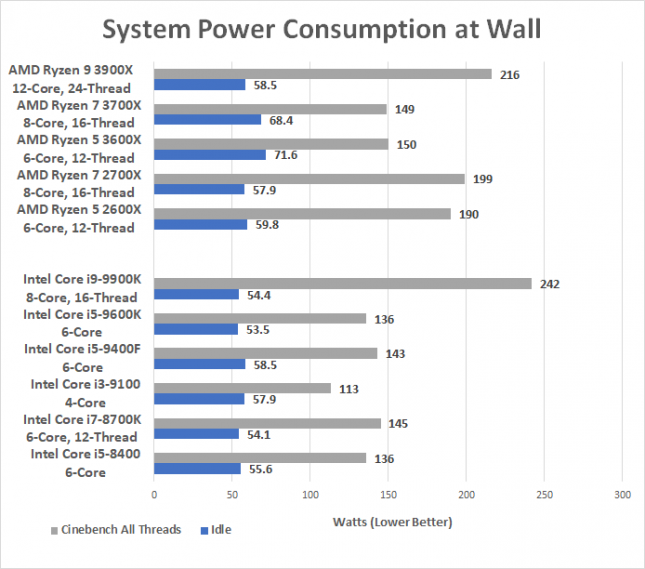 The Intel Core i3-9100 was the only quad-core processor in our chart, so when it used the least power under load it was not shocking. The entire platform topped out at just 113 Watts while running Cinebench R20, which was about 55 Watts higher than when the system was at idle.