A 9th Gen Coffee Lake-R Processor For Under $90

Both Intel Core i3-9100 models have four cores/threads with a base clock of 3.6 GHz with a max turbo clock frequency of 4.2 GHz. Each have 6MB of Intel Smart Cache, are rated at 65W TDP and run on Intel 300 series chipset motherboards with the LGA1151 socket. Neither model is fully unlocked since these are not ‘K-sku’ processors. That means the Core i3-9100 processors are multiplier locked, but the good news is that the news is that the bus speed is unlocked allowing for some clock adjustments.

We would also like to point out that this was a brand new retail boxed processor that we bought at a local retailer. We can’t remember the last time Intel sampled us with a Core i3 processor and we really wanted to look at the entry-level processors from Intel. Being able to pick up a 9th Gen CoffeeLake Refresh (Coffee Lake-R) processor for under $90 sounds pretty enticing. The clock speeds on the Core i3-9100 also look pretty good on paper as it has a base clock of 3.6 GHz is almost 25% higher than the 2.9 GHz base clock found on the Core i5-9400 6-core processor ($149.99 shipped). So, for single-threaded or lightly threaded applications the Core-9100 should outperform its older siblings that have more cores. 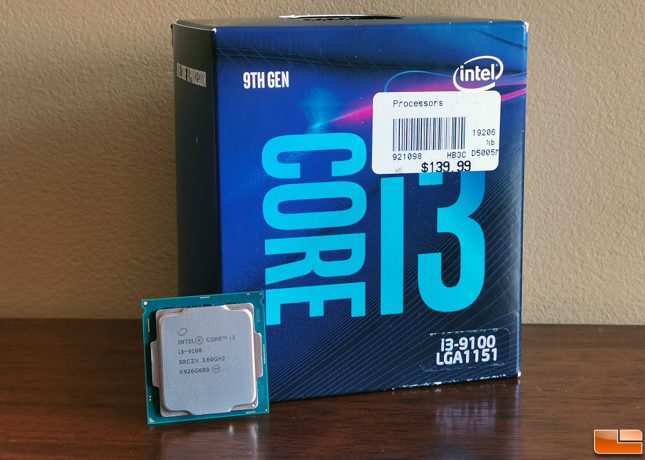 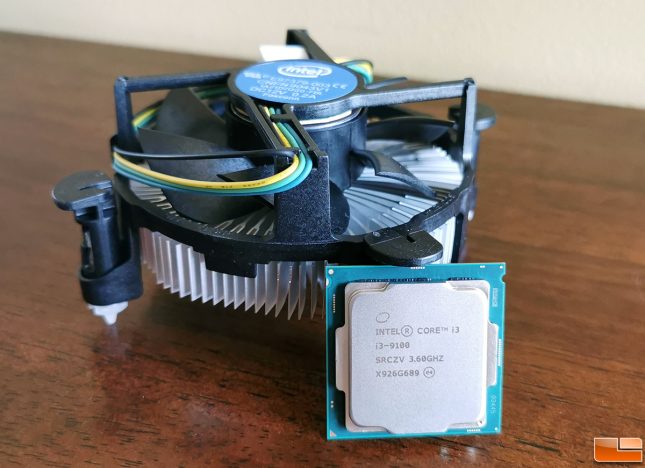 The Intel Core i3-9100 retail boxed processor comes with the traditional ‘pancake’ CPU cooler as you can see from the image above. Nothing fancy, but it gets the job done on this processor is rated at just 65W TDP. You do not need to have an aftermarket cooling solution unless you want to. 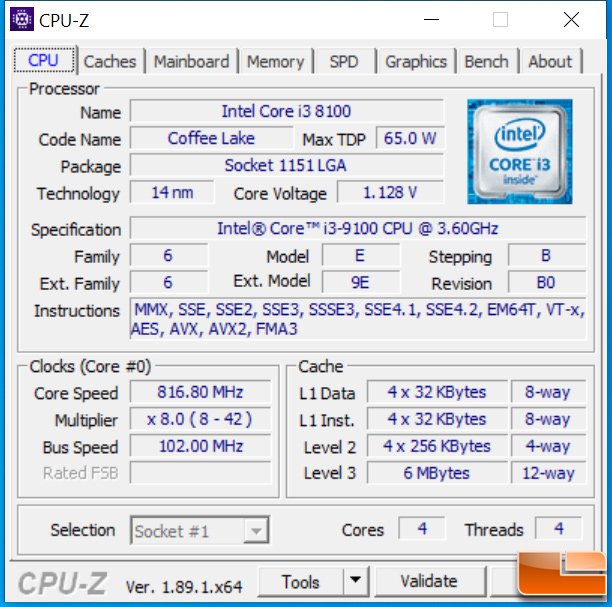