The HUAWEI Ascend Mate2 isn’t the fastest phone that has come across my test bench, but it did a fair job holding its own on most of the benchmarks. The Ascend Mate2 is powered by a 1.6GHz quad-core Qualcomm Snapdragon 400 processor while the LG G2 is powered by a 2.26GHZ Qualcomm Snapdragon 800 quad-core processor. In addition to the 660MHz difference in the processor speed the processor generations definitely made a difference in the benchmark scores. The Snapdragon 800 series has an Adreno 330 GPU while the 400 offers an Adreno 305 GPU. 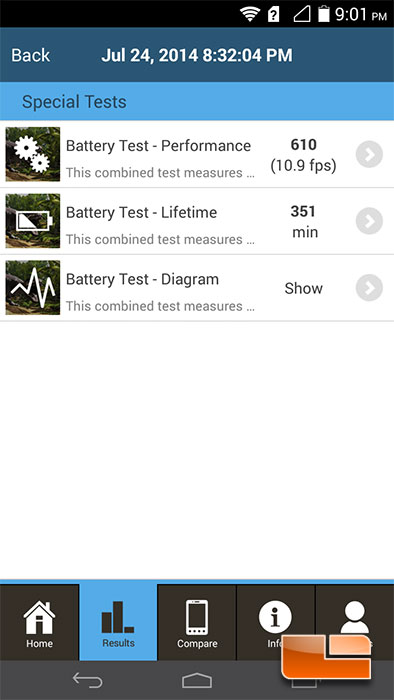 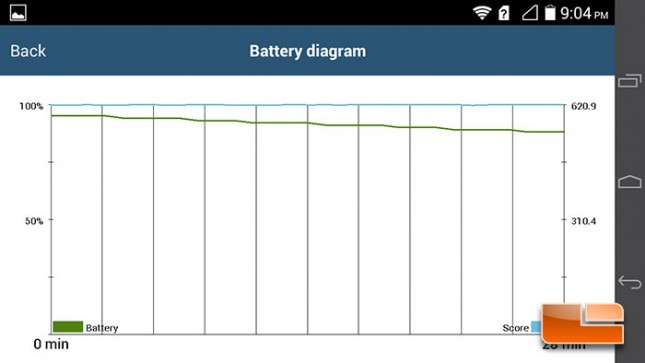 The HUAWEI Ascend Mate2 battery performance had a decent score of 610 (10.9FPS). Looking at the performance graph of the results, the Mate2 performance stayed flat throughout the test. The is indicative that the cooling inside the Mate2 is sufficient to keep the 1.6GHz quad-core processor cool during long strenuous work loads.