The first workload that we will be showing is a trace that uses Microsoft Visual Studio to compile a build of Mozilla Firefox browser. The HP EX950 2TB finished this workload with a read speed of 917.5 MB/s. 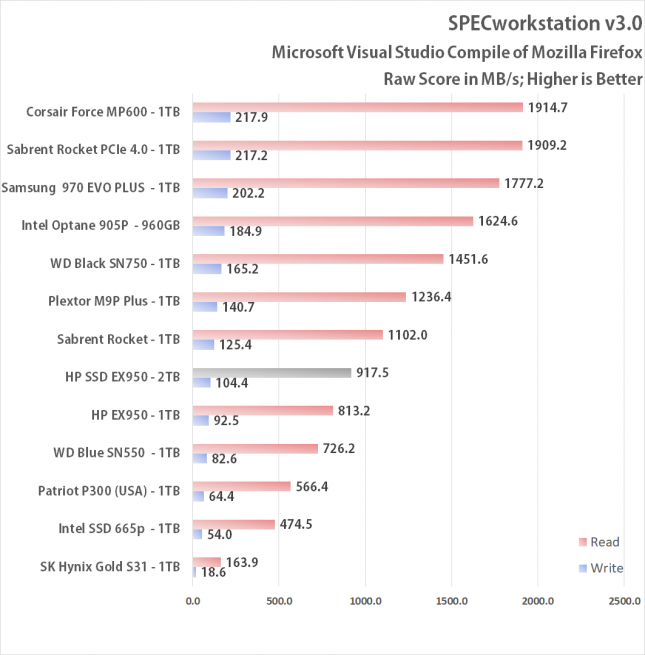 The next trace involves a Handbrake transcode and that test clearly favors Intel Optane drivers with 3D Xpoint memory as the Intel Optane 905P led this test by leaps and bounds. The HP EX950 TB performed in the middle of the pack with 456.3 MB/s read and 172.1 MB/s write speeds. 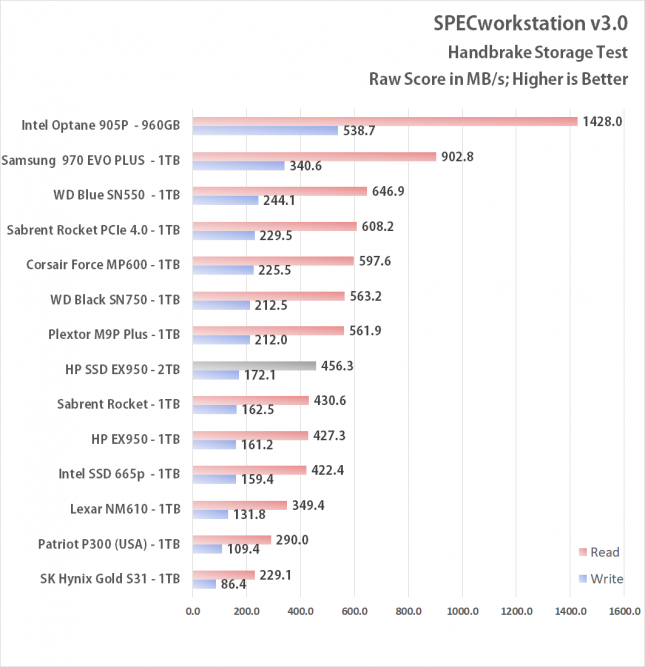 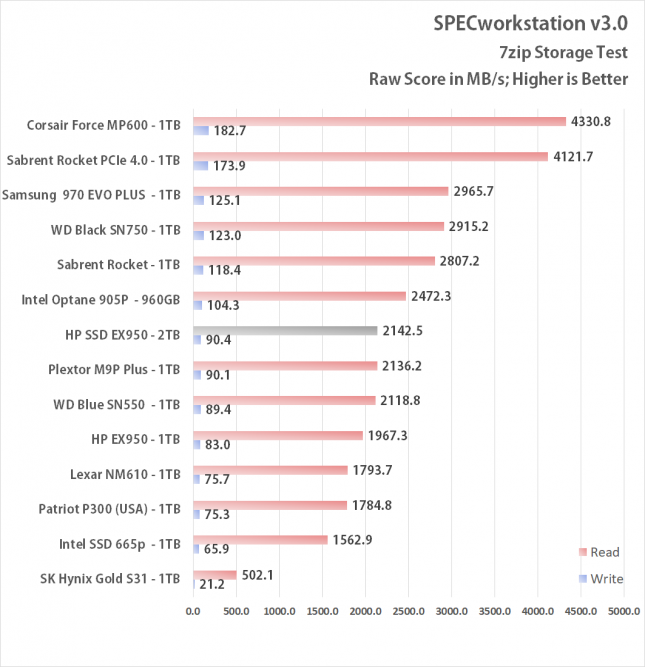