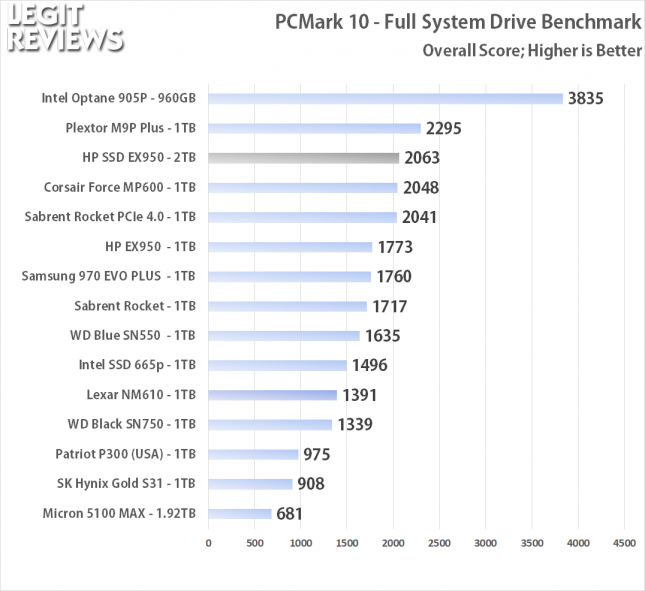 On the full system drive benchmark the results show the HP SSD EX950 2TB drive is one of the best performing NVMe SSDs as only one NAND Flash based SSD was able to best it. 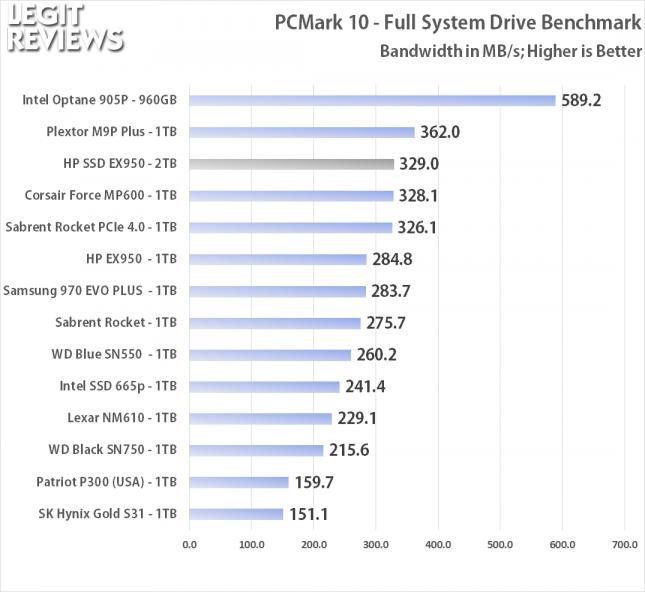 The PCMark 10 Storage Benchmarks overall score is calculated from the bandwidth and average access time sub-scores. The bandwidth subtest is defined by UL in PCMark 10 as bandwidth = bytes / busy_time_for_read_and_write. Here the EX950 2TB comes in with a score of 329.0 MB/s on the bandwidth test. 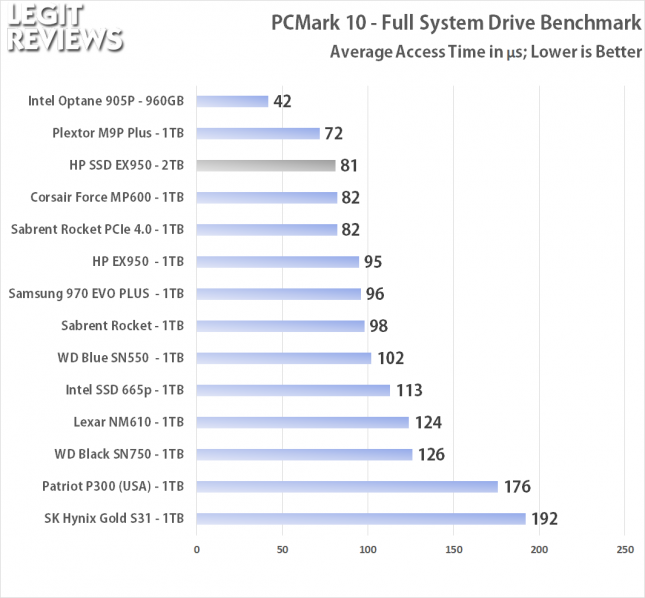 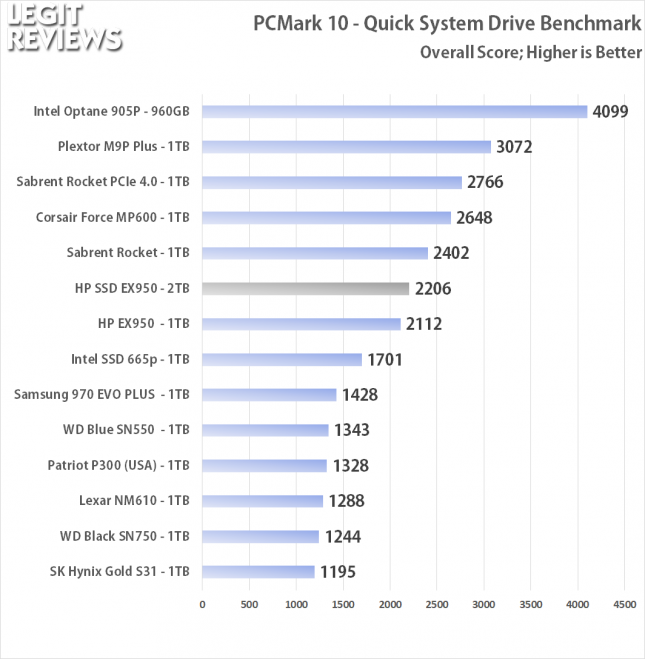 On this lighter workload the HP SSD EX950 2TB drops down into the middle of the pack for some reason and is comparable to the HP EX950 1TB drive that runs an older firmware version. 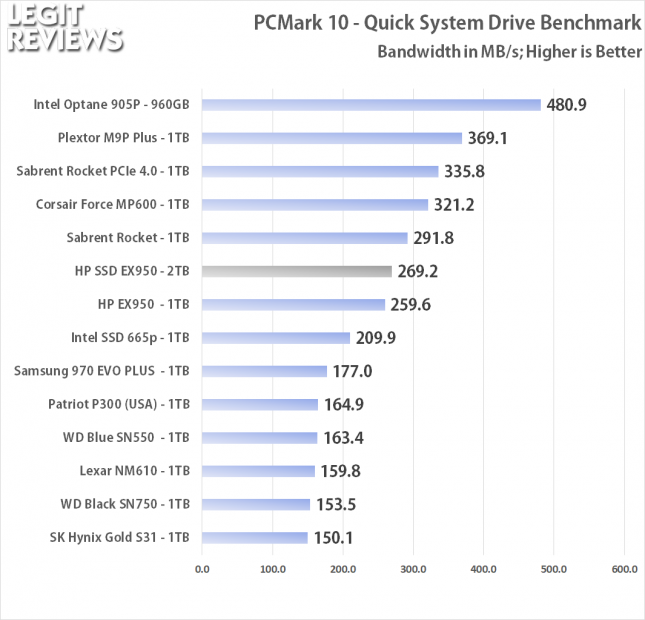 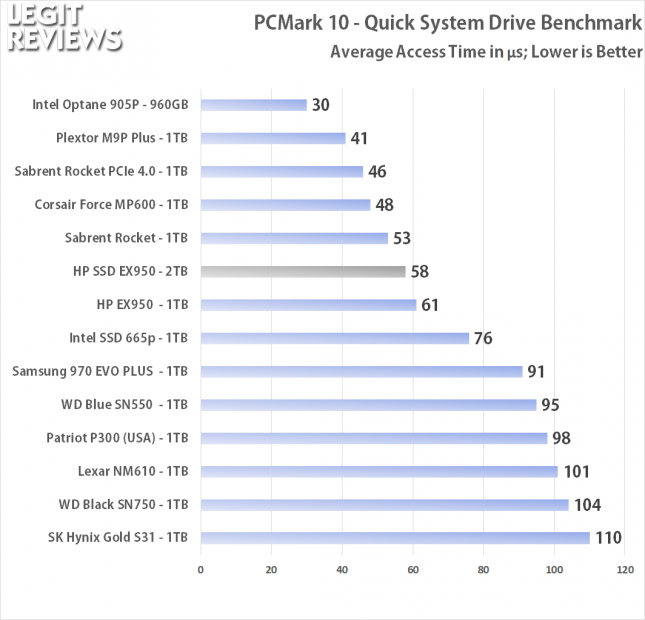 The average access time on the HP SSD EX950 2TB was 58 microseconds.