M.2 NVMe Solid-State Drives (SSDs) have been standard fare on the vast majority of enthusiast and gamer builds here in 2020. There are a ton of drives on the market right now and many 1TB drives can be found for under $150! This means that 1TB drives are rather affordable, but many gamers would like to have as much storage space as possible. So, if you are looking for something bigger you’ll need to jump up to a 2TB capacity drive. 2TB M.2 PCIe NVMe drives have come down in price over the past year and you can usually find them for under $300 in the $0.13 to $0.15 per GB range. Doubling the capacity of the drive doesn’t always mean that the price doubles and now that 4TB and 8TB M.2 drives are available by some companies the 2TB drives no longer have a price premium for being the largest available. 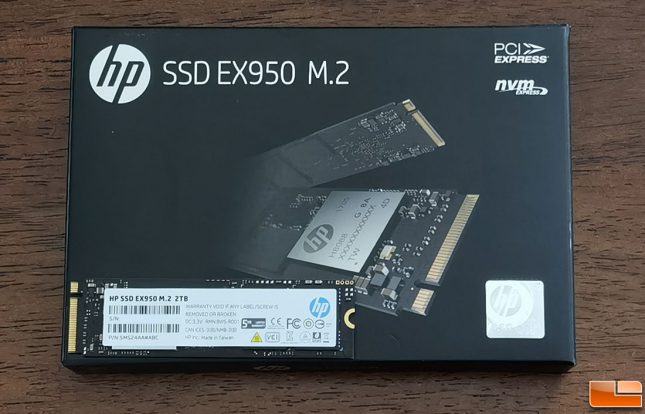 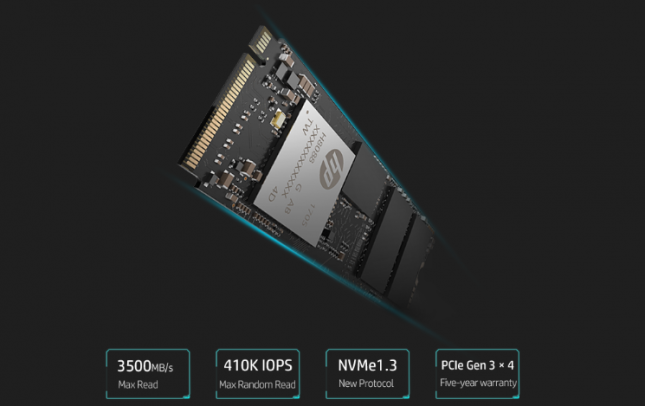 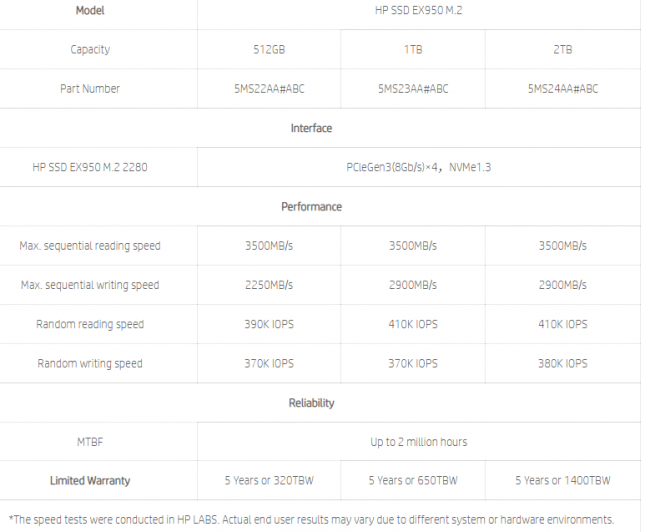 One thing that many might overlook in the specifications chart is the Terabytes Written (TBW) endurance rating at the very bottom. TBW measures how many cumulative writes a drive can reasonably expect to complete over its lifespan before needing replacement.

The HP SSD EX950 series is backed by a 5-year warranty with robust endurance ratings for a consumer drive. The 2 TB capacity has a 1400 TBW rating and that comes out to being about roughly 765 GB of drive writes per day over the course of the five year warranty period.

HP uses the standard M.2 2280 ‘gum stick’ form factor and the 2TB model is a double-sided drive. The black PCB will fit nicely with most enthusiast build, but we did notice that HP has the label on upside down. Under the label is the SMI SM2262EN 8-channel controller, 1GB Micron DDR3 DRAM cache and two TLC NAND Flash chips.

The SM2262EN controller has its CPU clock at 625 MHz, the 1GB of Micron DDR3 DRAM is clocked at 800M MHz and the TLC NAND Flash itself is clocked at 325 MHz. These are the most common clock speeds for SM2262EN based products. 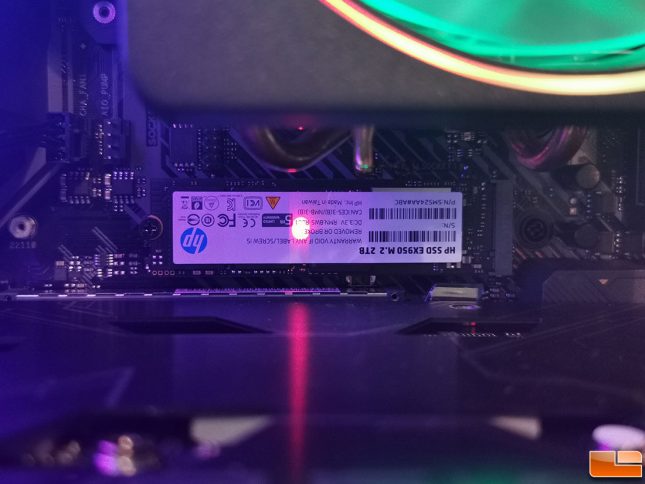 When the drive is installed in most motherboards it will be orientated as seen in the image above. There are two red activity lights under the middle of the label that will flash during various operations.

On the back of the drive we can see two of the four TLC NAND Flash chips and another DRAM cache chip. The NAND Flash was packaged by BiWin and is labeled BW29F4T08EPHAFJ4, which we know to be Intel B17A 512 Gb TLC 64-Layer 3D NAND Flash chips. 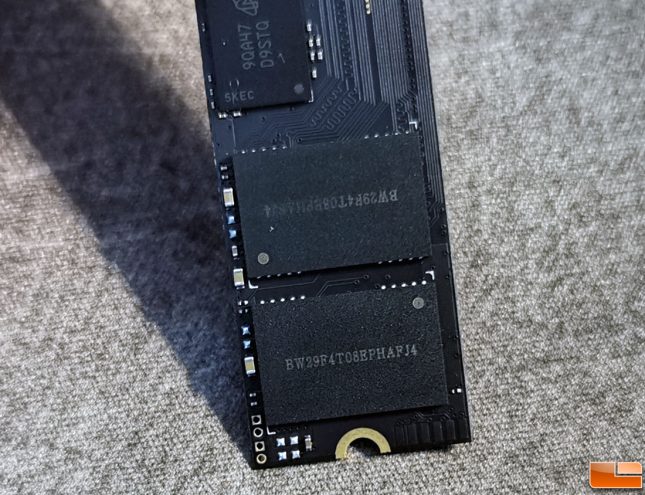