The Intel Z97 chipset’s life is getting ready to come to an end as the next generation of Intel processors are due for an update soon, which means a change in chipset and socket. That doesn’t mean that the Z97 motherboards and socket 1150 chips become useless, they’ll be available and popular for a few more years. There are so many different Z97 motherboards available, it can be confusing which one is the best option. Many times it comes down to the value added features. Gigabyte has their Black Edition motherboards that go through a more rigorous testing process, a 168 hour server level durability test, typically ensuring the best quality and robustness. 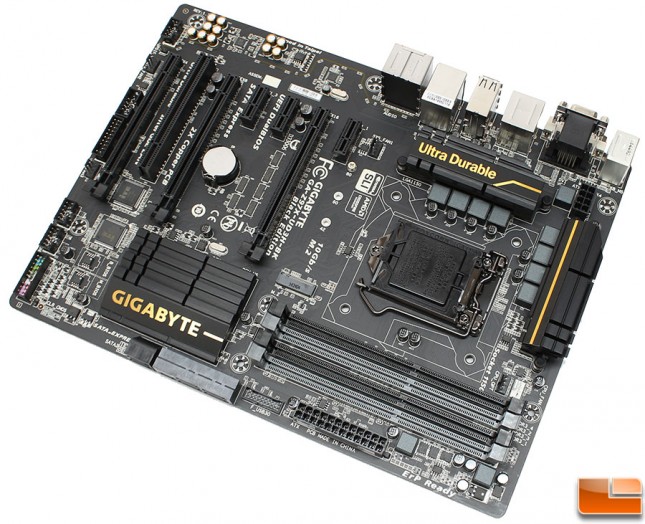 One of Gigabytes Black Edition motherboards is the Z97X-UD3H-BK ATX motherboard which was released in the second half of 2014. Being over six months out from release, it still has some of the most impressive features available on Z97 motherboards. At a quick glance, we can see that for $139.99 plus shipping at both Newegg and Amazon, you are getting a motherboard capable of using up to four 8GB DDR3 memory modules up to 3100 (when overclocked), 7.1 audio, up to six SATA 6.0Gb/s storage devices, Gigabit LAN connection, support for 3-way Crossfire or 2-way SLI, SuperSpeed USB 3.0 and a M.2 slot. 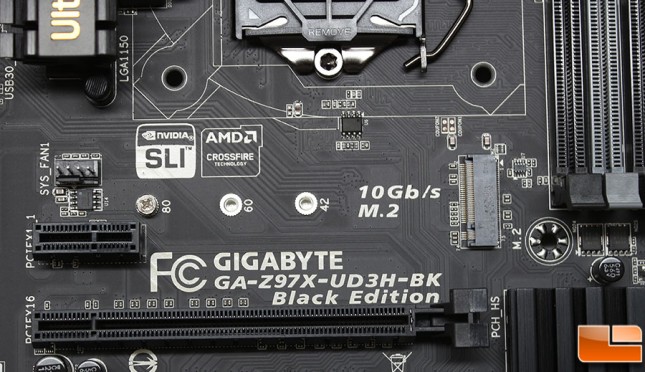 In my opinion, the M.2 slot is one of the most impressive features of the Z97X-UD3H-BK, it is capable of running a PCIe M.2 drive up to 10Gb/s, although the trade off is losing two of the six SATA 6.0Gb/s connections.

Now that we know what the Gigabyte Z97X-UD3H-BK can do, let’s take a look at the retail packaging before taking a close look at the motherboard.