Prior to P55 Intel’s X58 platform was the logical choice when looking for maximum CPU performance. P55 changes that up however with the launch of processors featuring higher frequencies than their LGA1366 counterparts in the same price brackets. In addition to that motherboard prices for P55 should be slightly cheaper than X58 motherboards with identical feature sets. Below is a list of Gigabyte MSRPs for some of their P55 motherboards.

Considering how well the GA-P55M-UD4 performed today it is a great option at $150. The GA-P55-UD6 however at $239 is in dangerous waters with it’s MSRP targeting low-end X58 motherboards with similar feature sets. The GA-P55-UD6 is feature laden with more options than you can shake a stick at but X58 boards in the UD6’s bracket are equally loaded and accept LGA1366 processors with three memory channels and superior PCIe options. It’s a tough call on the GA-P55-UD6 when considering price, we’ll have to see how prices settle a week or two after launch. Something that might help the GA-P55-UD6’s case would be the three year warranty offered by Gigabyte on all their motherboards. Considering how by the end of 3 years most hardware is rendered obsolete by fast pace of software development, 3 years is an acceptable warranty period and insures you’ll have a replacement during the entire product cycle. 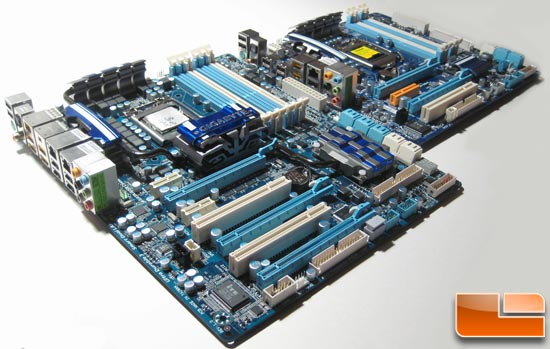 Both boards are nearly identical in layout and features so it is no wonder that both boards are nearly identical in stock performance. Gigabyte has put a good foot forward with the performance of these two boards and the lack of bugs or performance issues at launch is refreshing. Compared to the X58 and 790FX platforms the P55 boards run a middle-ground on performance losing a few memory benchmarks to the X58 platform and a few single-threaded benchmarks to the 790FX platform. In the end though the P55 boards held its own and then some. 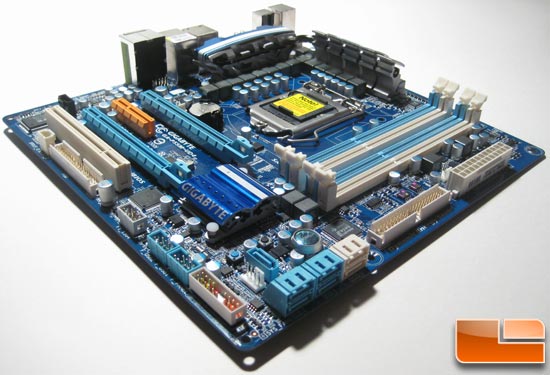 Overclocking I feel is still hard to judge as I feel both boards haven’t reached their full potential yet. Part of this surely can be chalked up to my inexperience with the platform but I imagine future BIOS revisions will enable even higher overclocks. As shown in the overclocking segment we hit a thermal wall before we hit a bclk wall so have no fear unless you are using phase change cooling or colder. I will revisit these boards with sub-ambient cooling down the road and we’ll see if we can pull a few more MHz out of them.

Legit Bottom Line: Whether you are looking to build out a pint-sized LAN box or a full-sized tower, Gigabyte has you covered with two great P55 options. With stellar performance already available at launch, these boards can only get better through future BIOS revisions.