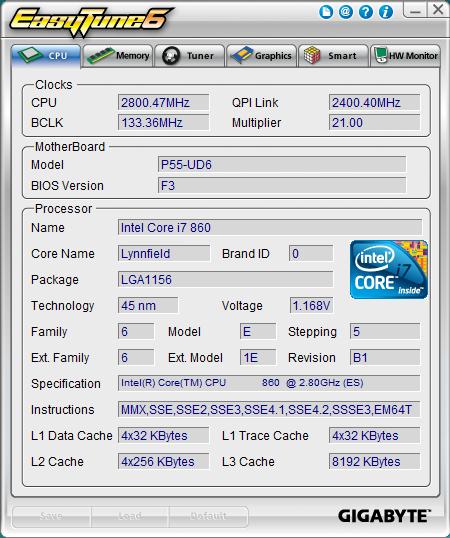 EasyTune6 is Gigabyte’s in-house overclocking software. It provides a simple solution to aid in overclocking and lets anyone capable of clicking a button to enjoy the overclocking potential built into each of these P55 motherboards. First up is the CPU Info tab which reveals all the pertinent information regarding the CPU. 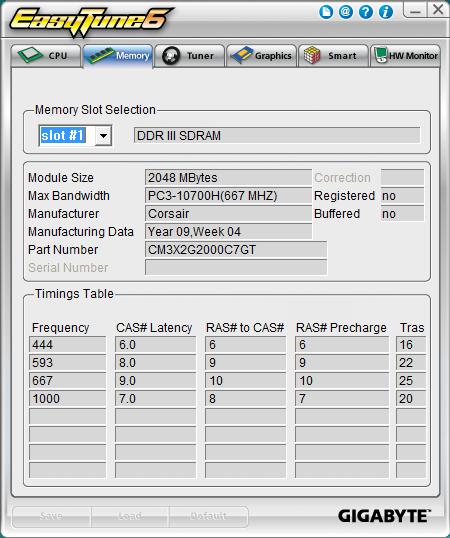 Here you can see the memory module information. These aren’t the sticks I used in benchmarking part of this review, I had switched over as I was testing my various high-end DDR3 kits for a future article. 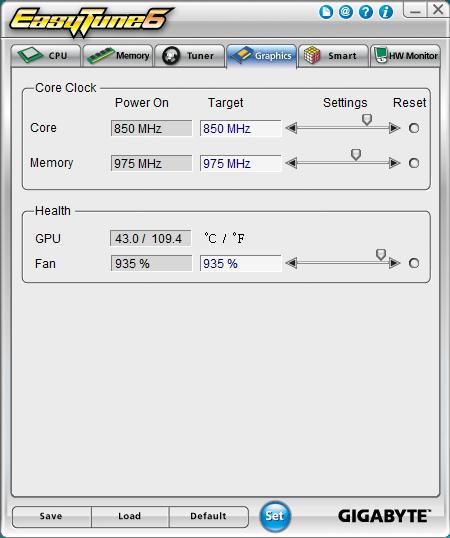 EasyTune6 was able to detect the HD 4890 however it wasn’t able to change the core or memory frequencies. I think this might have been due to Catalyst Control Center having the GPU clocks on lockdown. 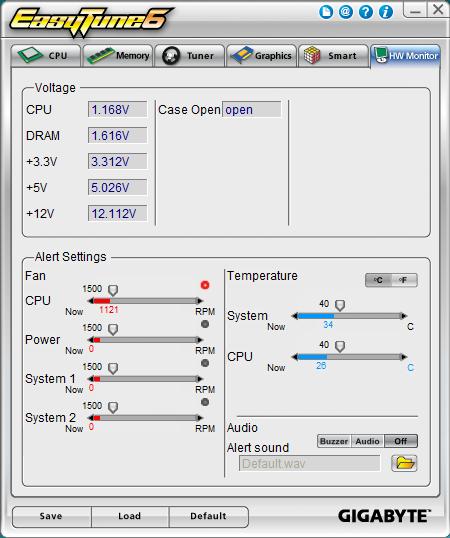 Hardware monitoring mirrors that in the BIOS PC Health. Once again vQPI would be really nice here. 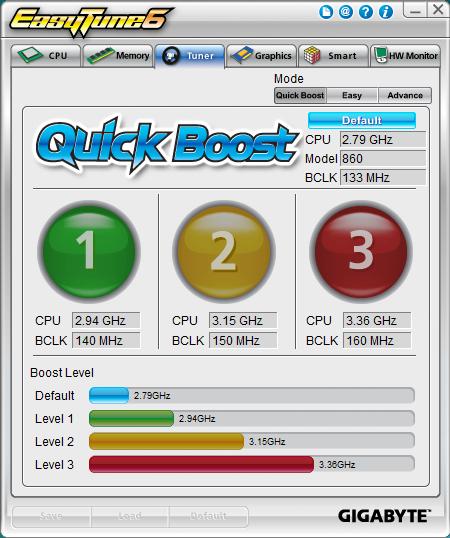 Ahh, now the fun part. Gigabyte has built into EasyTune6 three different levels of automatic overclocks. Not wanting to dillydally with the first and second levels, I clicked on the big 3 and let it do it’s thing. 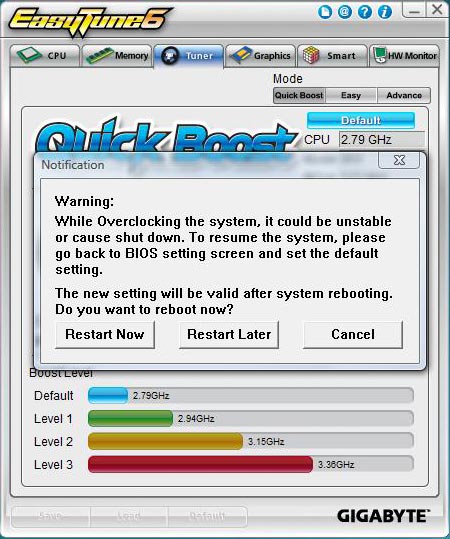 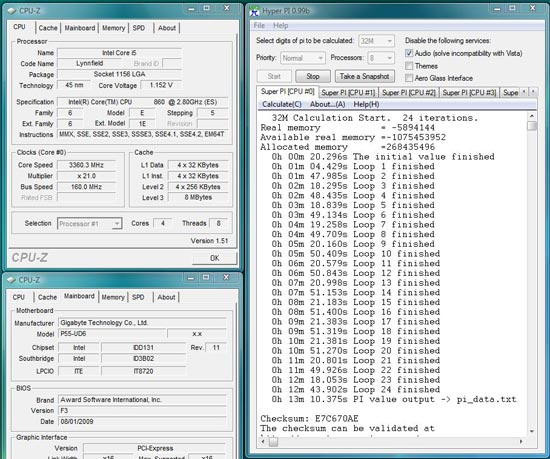 and 13 minutes later the system has completed Super Pi 32M x 8 instances at 3360MHz. That’s a 30% overclock just by pressing a button, not bad. 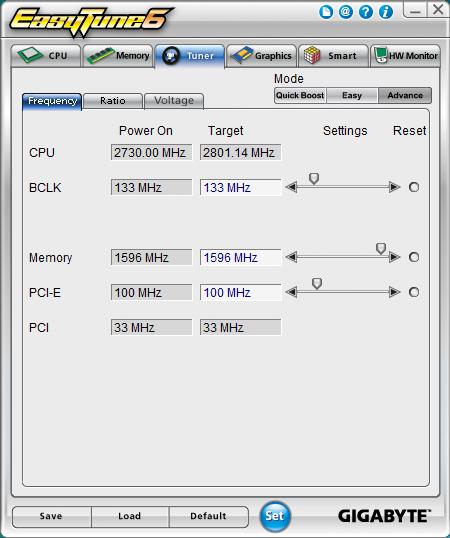 For those of us that would like to tweak things in Windows they have also provided a bunch of nice sliders with frequency adjustments. 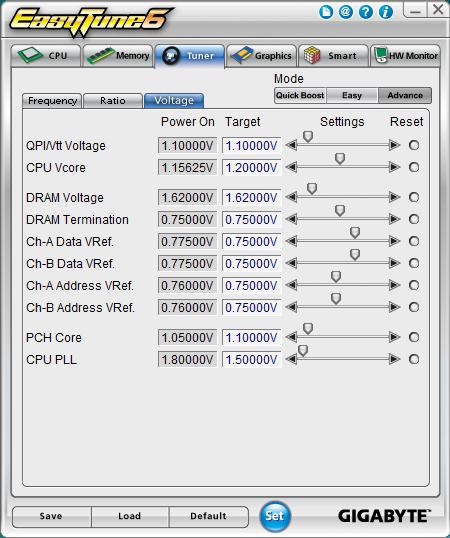