Corsair has been a leading manufacturer of memory for many years. There are around 380 XMP certified DDR4 kits, which Corsair has 250 of them. Not to mention that Corsair claims to have the fastest XMP certified DDR4 kits up to 4133MHz, and they are continually working on going faster. So it should come as no surprise when Corsair introduces new DDR4 memory kits with advanced features.

For their latest memory, they have just released the Vengeance LED DDR4 memory modules with Red or White LED’s.  These are available in speeds up to 3466MHz and feature Corsairs 10 layer PCB with hand screened IC’s for optimal speed and overclocking capability.  Both the new redesigned heatsink and LED design was designed in house by Corsair.  These are currently available for purchase at various outlets.  For those that utilize Corsair Link, they are working on syncing the LED’s on the Vengeance LED DDR4 memory. 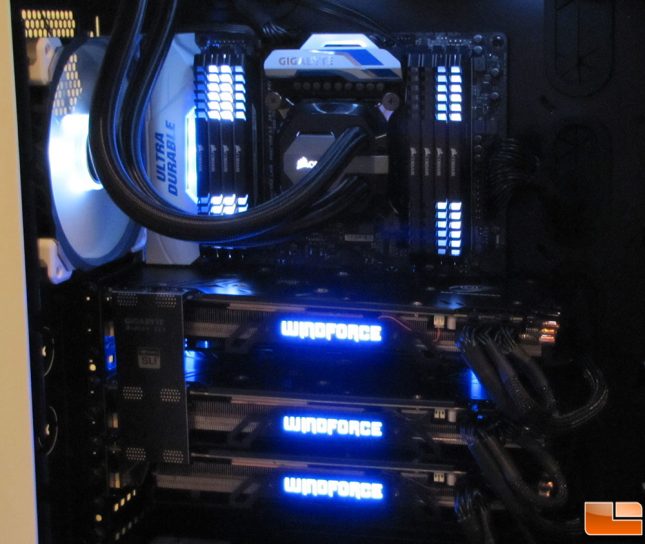 The higher end Dominator Platinum is also receiving the Special Edition treatment with a new static LED light bar, and minimalistic heatsink.  These new modules will be limited to 500 units for both the Blackout and Chrome editions.  No word on pricing or availability on them, but keep your eyes open. 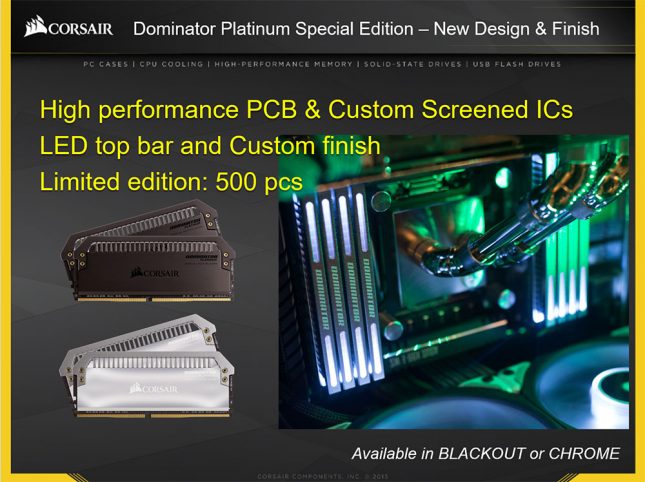 Right now, fans pose an obstacle for users, you have to choose between High Airflow or Static Pressure fans depending on the situation.  High Airflow for standard open cooling, and Static Pressure are commonly used for CPU coolers and radiators.  Corsair has their new ML fans that allows a single fan to work for both situations.  Their new ML fans uses Magnetic Leviation bearings that keeps the fan from coming into contact with the bearing, creating very little friction which reduces noise level at high speeds.  These new fans are capable of 400 – 2,400 RPM with PWM control and will be available in 120mm and 140mm sizes.  For those that like LED’s, these new fans are available with Red, White or Blue LED’s.  They are a little more expensive than normal fans, starting at around $24.49, increasing in price for size and LED’s.

Back at the begining of the year, we took a look at the Corsair Carbide 400Q, the silent version of their popular 400C.  Both of them were available in only black versions, Corsair has watched the DIY community and has seen the popularity of white components increase.  So they have decided to offer the 400C in a white edition, which will have a small $10 price premium over the current black 400C. 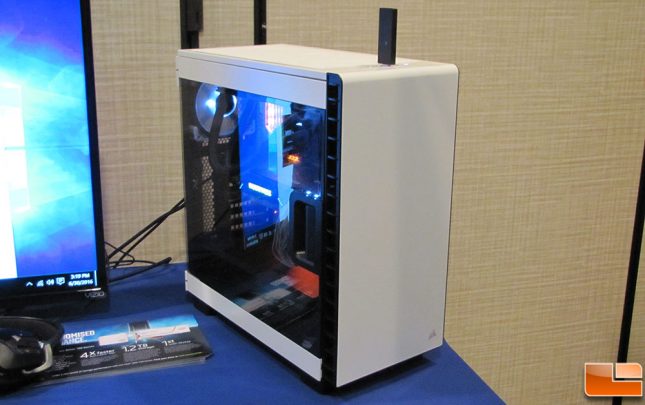 In addition to the white Carbide 400C, they are also going to offer a limited edition white 1000W power supply that would look great inside a white case. 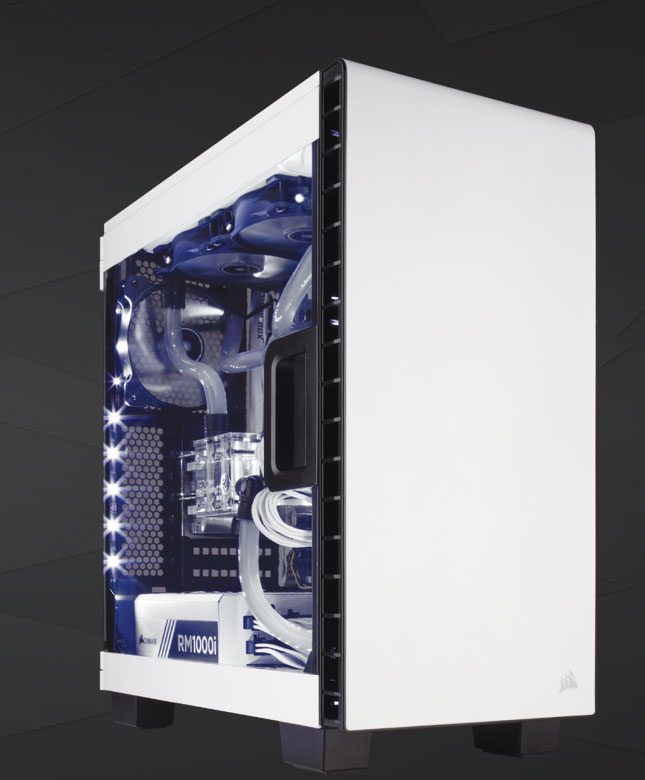 A few other little bits of information they were able to provide is that if you utilize their Cue software, version 2 will be out very soon which has many improvements and enhancements.  On the case side, they are investigating the possibility of offering case add-ons and upgrades to different lines, there is no certainty they will do this, just something they are watching the DIY community to gauge interest.