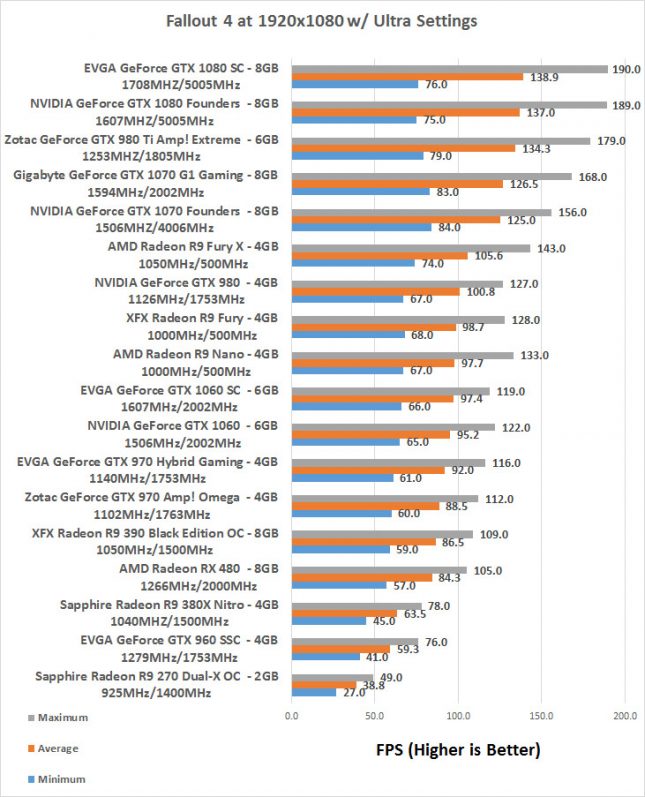 Benchmark Results: In Fallout 4, at 1080p resolution, the Gigabyte GeForce GTX 1070 G1 Gaming was about 2 FPS on average faster than the reference card design and had no problems running Fallout 4! 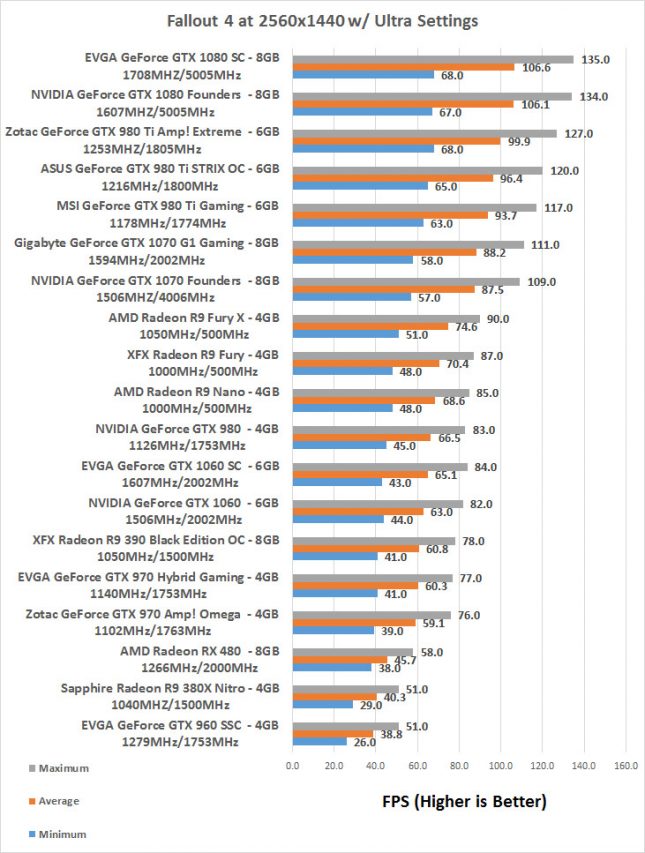 Benchmark Results: With the display resolution bumped up to 2160×1440, the GeForce GTX 1070 G1 Gaming was about 1 FPS faster than the GTX 1070 Founders Edition! 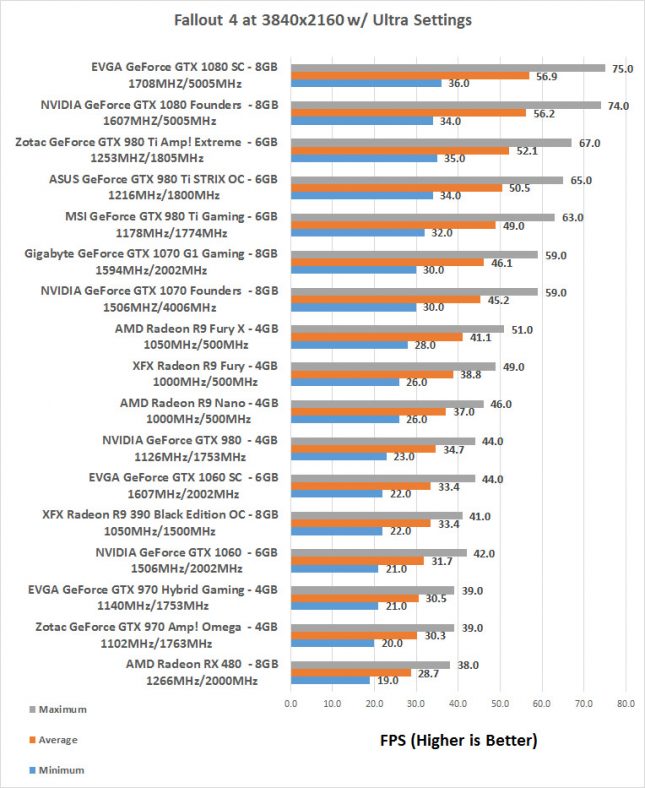